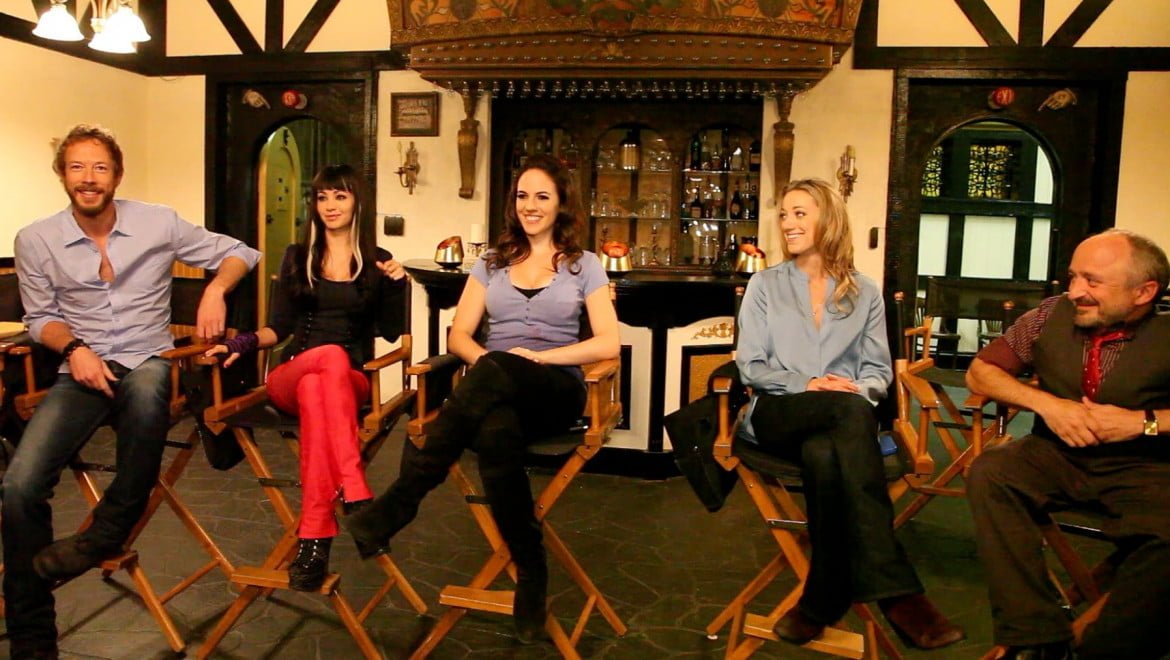 After the second season finale, the big question going into season three is just what is happening to Bo, played by Anna Silk. Despite the fact that Bo and her cohorts defeated the Garuda at the end of the last season, she was only able to do that by becoming more powerful, which has drawn her closer to the darkness.

While we’ll have to wait for the new season to get most of the answers about Bo’s future, earlier this year I had a chance to visit the set to watch filming for an upcoming episode in season three, and the opportunity to interview most of the cast on one of the latest sets.

Watch part one of the interview below with stars Anna Silk, Kris Holden-Ried (Dyson), Ksenia Solo (Kenzi), Zoie Palmer (Lauren), Rick Howland (Trick), and the newest costar, Rachel Skarsten, who plays Tamsin, as they talk about the new season of Lost Girl. (Watch part two of the interview here.)

Lost Girl airs every Sunday at 9:00 PM (ET/PT) on Showcase, with the catch-up show Lost Girl Confidential airing before the start of the new season on Sunday, January 6 at 8:00 PM (ET/PT)

Lost Girl Season Three Synopsis: The highly anticipated return of Lost Girl promises more twists and turns as Bo (Anna Silk; Being Erica) makes a romantic choice but finds her road to commitment riddled with obstacles. Unexpected jeopardy stalks Bo and those she cares about, and though she battles many foes, her greatest enemy will prove to be the one that resides within her. Season 3 welcomes new cast member Rachel Skarsten and guest star Linda Hamilton.

THx for the interview, can’t wait for the next parts :)