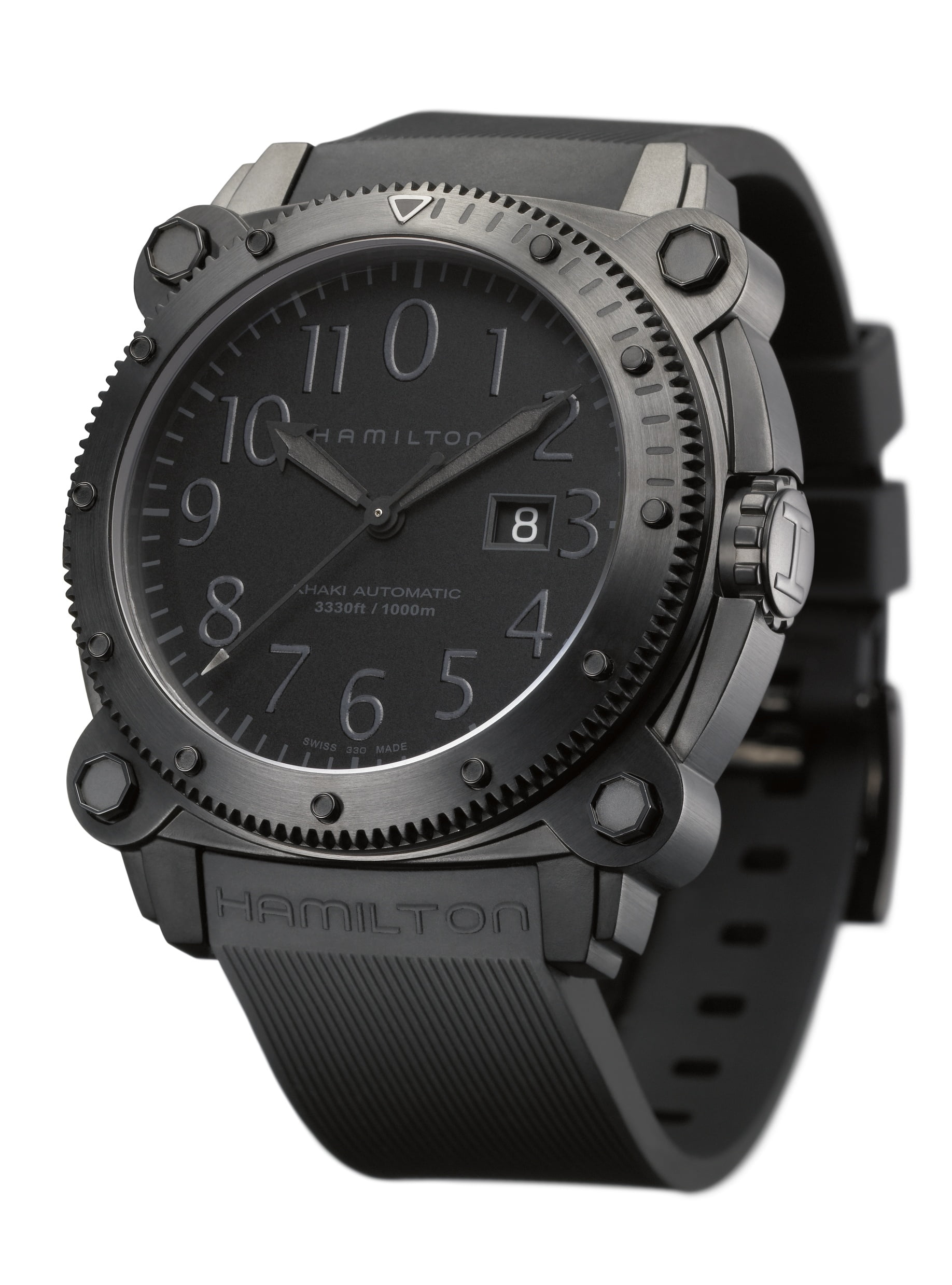 TORONTO (September 4, 2015) – The GATE is pleased to announce that luxury stylemakers Hamilton Watch and their powerful timepeices will join The GATE’s Interview Lounge as a brand partner at the 2015 Toronto International Film Festival.

Featured in over 450 films, Hamilton Watch has a long tradition on the silver screen, and will be showcasing their latest timepieces at The GATE’s Interview Lounge, including the Khaki BeLOWZERO Auto 2826 in stainless steel, black PVD, which was worn by Matt Damon in 20th Century Fox’s epic adventure, The Martian.

The Martian premieres at the Toronto International Film Festival on September 11 and opens in theaters on October 2, 2015.

The GATE and Hamilton Watch are also pleased to offer fans a chance to win one of five Hamtilon gift bags, which each include two Cineplex movie tickets to see the film when it opens in Canada, and the book. The giveaway will launch on the first day of TIFF 2015, September 10.

The GATE’s Interview Lounge at TIFF 2015 runs from September 10 to 14 at the Omni King Edward Hotel. To arrange a visit to the lounge — for press, industry, and celebrity guests — please contact W. Andrew Powell, [email protected]. The lounge is by appointment only.

Follow The GATE’s TIFF 2015 coverage, and watch for special giveaways, at www.thegate.ca/tiff-2015.

Hamilton was founded in 1892 in Lancaster, Pennsylvania, USA. Hamilton watches combine the American spirit with the unrivalled precision of the latest Swiss movements and technologies.

Known for its innovative design, Hamilton has a strong foothold in Hollywood, with products appearing in over 450 films.

The brand also boasts a strong aeronautical heritage. Hamilton is a member of the Swatch group, the largest watch manufacturer and distributor in the world with 160 production sites in Switzerland.

Reliable timekeeping is crucial not only for Hamilton Watches but also for the leading character in the film, scientist Mark Watney (Matt Damon). Every second counts and time means survival, so the obvious timepiece chosen to fit such a challenging role is the military-inspired Hamilton BeLOWZERO. This pitch black Hamilton timepiece is a helpful tool for Watney to pull off his mission in such extreme and dangerous circumstances. It features four octagonal bold screw tops around the watch case and a sporty black rubber strap with a double-holed buckle, ensuring a secure fit on the wrist. The Hamilton BeLOWZERO’s rugged and robust high-tech design strike a perfect balance to Watney’s pioneering spirit and need for precision.

The action adventure The Martian also features other signature Hamilton pieces worn by additional cast members: The X-Wind Limited Edition can be seen on the wrist of Rick Martinez (Michael Peña) and the Pilot Pioneer Aluminum is worn by Commander Melissa Lewis (Jessica Chastain) and Beth Johanssen (Kate Mara).

During a manned mission to Mars, Astronaut Mark Watney (Matt Damon) is presumed dead after a fierce storm and left behind by his crew. But Watney has survived and finds himself stranded and alone on the hostile planet. With only meagre supplies, Watney must draw upon his ingenuity, wit and spirit to subsist and find a way to signal to Earth that he is alive. Millions of miles away a team of international scientists work tirelessly to bring the Martian home, while his crewmates concurrently plot a daring, if not impossible, rescue mission. As these stories of incredible bravery unfold, the world comes together to root for Watney’s safe return. Based on a best-selling novel, and helmed by master director Ridley Scott, The Martian features a star-studded cast that includes Jessica Chastain, Kristen Wiig, Kate Mara, Michael Pena, Jeff Daniels, Chiwetel Ejiofor, and Donald Glover. 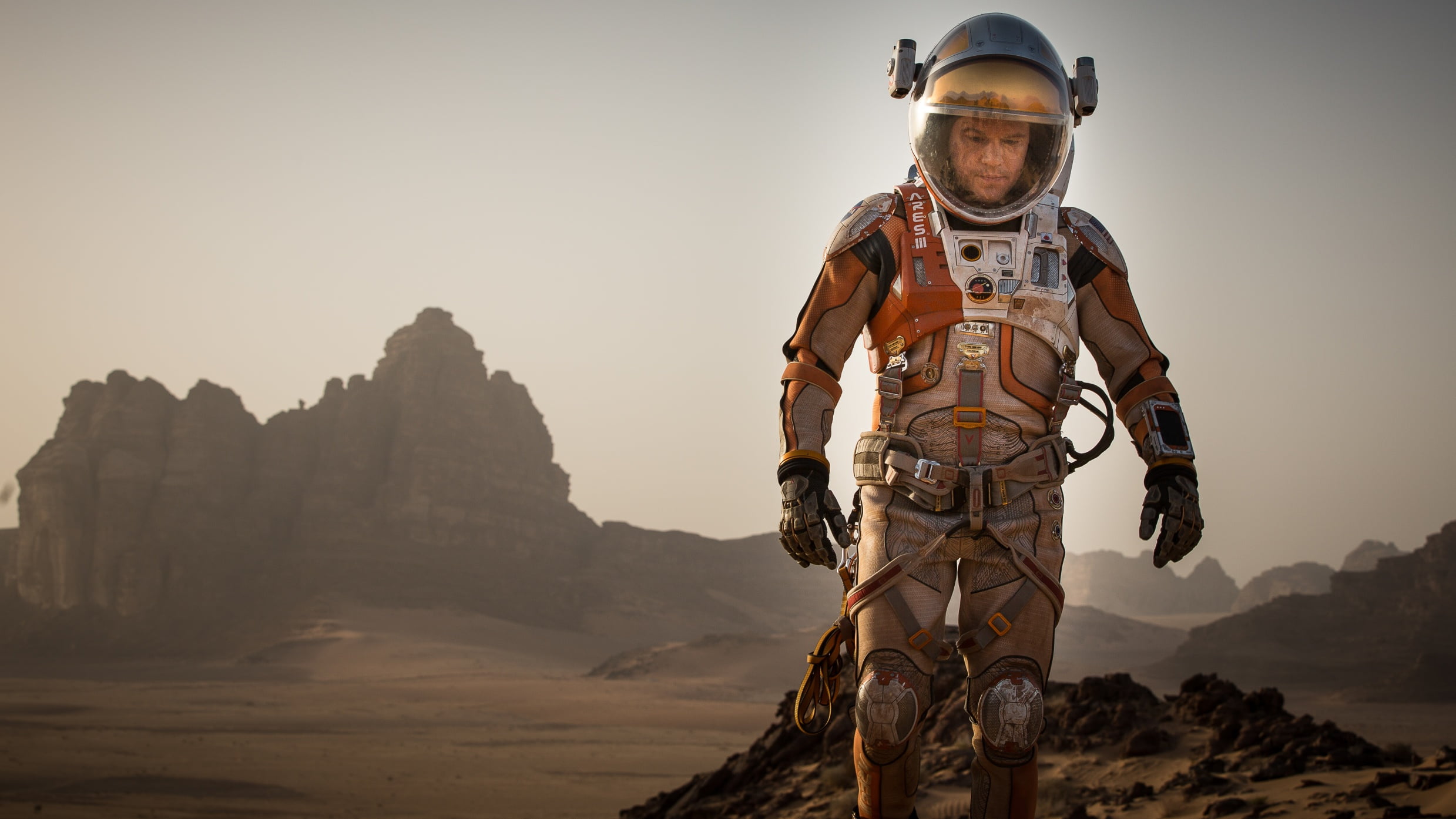 Matt Damon in The Martian

Founded by W. Andrew Powell in 2000, The GATE celebrates its 15th anniversary covering film, television, music, gadgets, style, culture, and events this November. In that time, The GATE has enjoyed contributions from a number of journalists and authors, with coverage of numerous major festivals and events, including the Toronto International Film Festival, the Juno Awards, Canadian Music Week, North by Northeast, Sundance, E3, and CES, just to name a few.