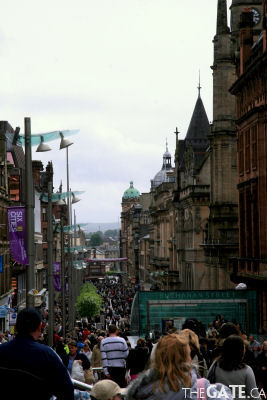 Scotland has always held a special fascination for me – from the castles, culture, scenery, and even the food, I’ve wanted to explore the land that one of my ancestor’s once called home. Lots of countries offer something special that you won’t find anywhere else, but for me Scotland’s allure was the connection I felt to its history.

After finally making the tip to Scotland earlier this year and then trying to write a review of my trip, I realized that after spending ten days in Scotland I couldn’t possibly sum up the entire experience in a single article. Driving around the country starting in Glasgow and then traveling up as far up as the Orkney Islands I had toured castles, ruins, beautiful towns, more than a few pubs and consumed more haggis than I could have imagined.

Rather than trying to sum up all those experiences into one article, I’m going to write about my adventures in Scotland over the coming months, posting new details about the sights worth seeing, and what you can expect from restaurants and stores. 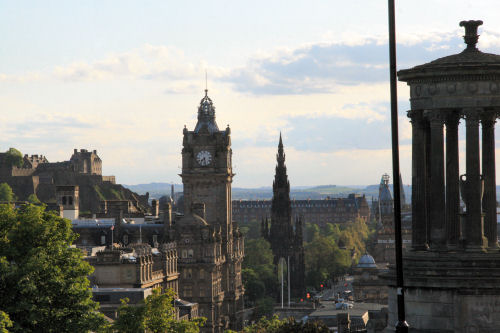 To kick it all off here’s just a few of my favorite places from Scotland, including my first review:

The Royal Mile – Edinburgh
From trinkets and jewelry to kilts and some of the best ale the country has to offer. Edinburgh has a number of stunning sights, but the Royal Mile is a treat for any traveler.

The Falconry @ Dalhousie Castle – Bonnyrigg
Dalhousie Castle is one of the few historic sites in the country that you can actually stay in, and while the hotel is great, the Falconry is the reason to plan a visit. Choose to take a walk with a falcon or fly the owls (including the owl that plays Hedwig in the Harry Potter films) – it’s up to you and prices are reasonable.

Skara Brae, Maeshowe, Ring of Brodgar – Orkney Island
Three of the most amazing places to visit in Scotland all reside on Orkney Island and are official UNESCO World Heritage sites. Dating back to over 5000 years ago, these three sites alone made it worth the trip to go up to Orkney.

The Borders – Southern Scotland
A number of towns and villages dot the landscape of the Borders, along the edge of England, and everywhere you go you’ll find castles, golf, and above all, some of the most beautiful scenery in southern Scotland. Expect to stay at least a few days in this beautiful locale.

Many more highlights to follow, including more reviews and stories from my Scottish travels.