Exploring the future of mobility at #FordTrends conference 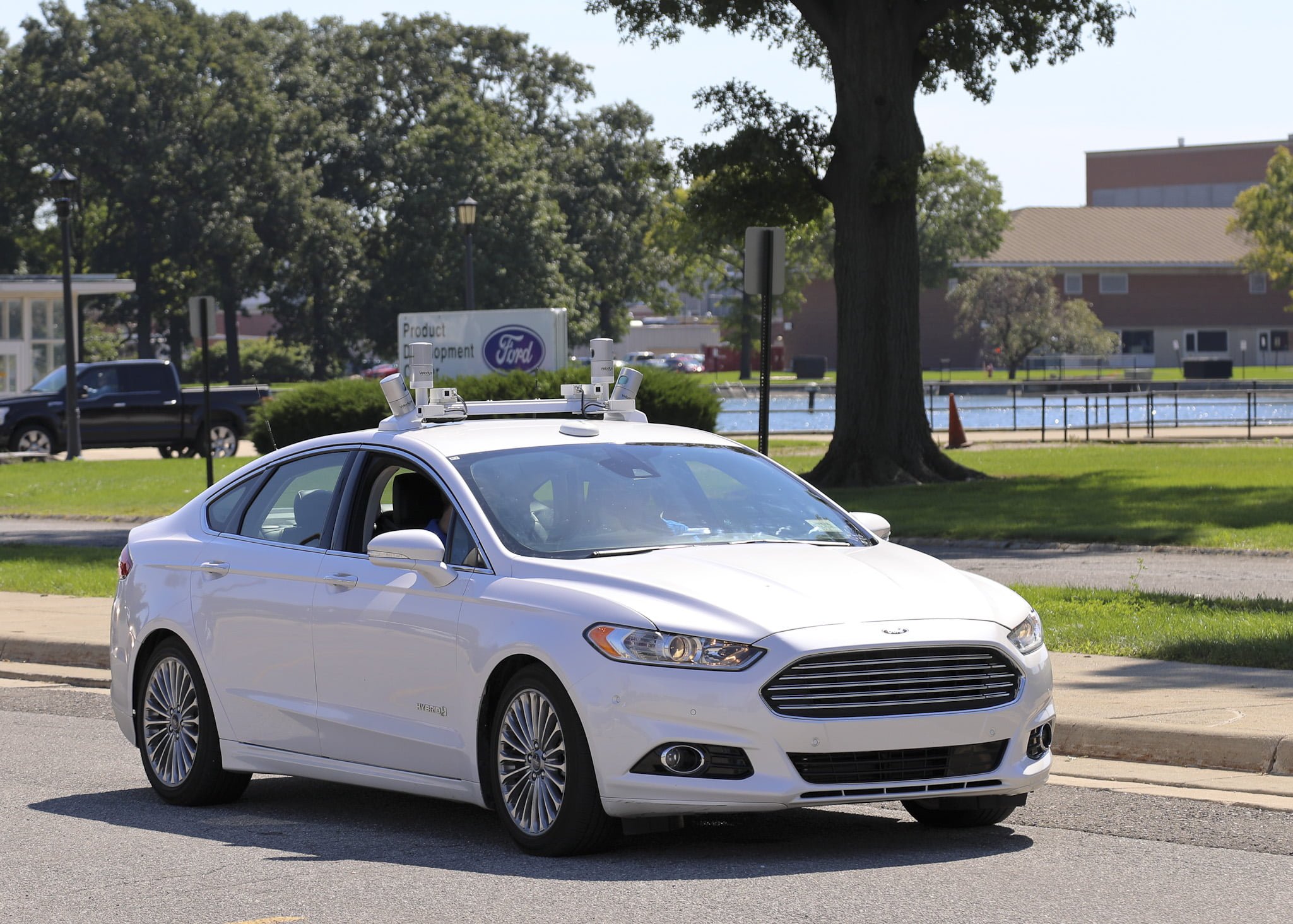 Imagine if your daily commute included free time. What if the car could do all of the work, and you could watch the news, or catch up on email while you sat back and relaxed? It could be closer than you think.

Ford also mentioned that they are now “an auto and a mobility company”, and used the conference as an opportunity to look at the future of the industry, driving, as well as questions to help better understand the world.

One of the biggest focus points throughout the sessions was rethinking what mobility and transportation means to us, both today and in the future.

Right now, most people either drive to and from work, take transit to where they’re going, or use some mix of driving and public transit. But, Ford is thinking about how everything could change when autonomous cars are available.

If an autonomous car can drive on its own throughout the day and night, with only stops for fueling and repairs, do people still need to own cars, or can there just be an active pool of autonomous cars ready to call on demand? Also, can autonomous cars help reduce traffic congestion?

Along with a number of other press, media, and industry bloggers, the conference offered a day of sessions, and a second day to experience an autonomous car driving on city streets around the Ford World Headquarters campus, plus the opportunity to test drive some of Ford’s latest cars and trucks.

And the conference asked more questions than just about transportation. Ford started the first day with Dan Ariely, Professor of Psychology and Behavioral Economics at James B. Duke, who talked about how to incite people to do good, and make better choices.

“In the future, we are all wonderful people,” said Ariely. “Everybody is patient. Everything in the future is fantastic, but the problem is with the present.”

That’s because we all say we will do better in the future, but in the present we tend to make bad choices without good reinforcement.

“The world is very tough,” he said, “and it’s getting tougher and tougher to make decisions. Everything’s more complex and temptation is increasing, but the key is not empowering people with more reasoning, but helping us create a different environment.” 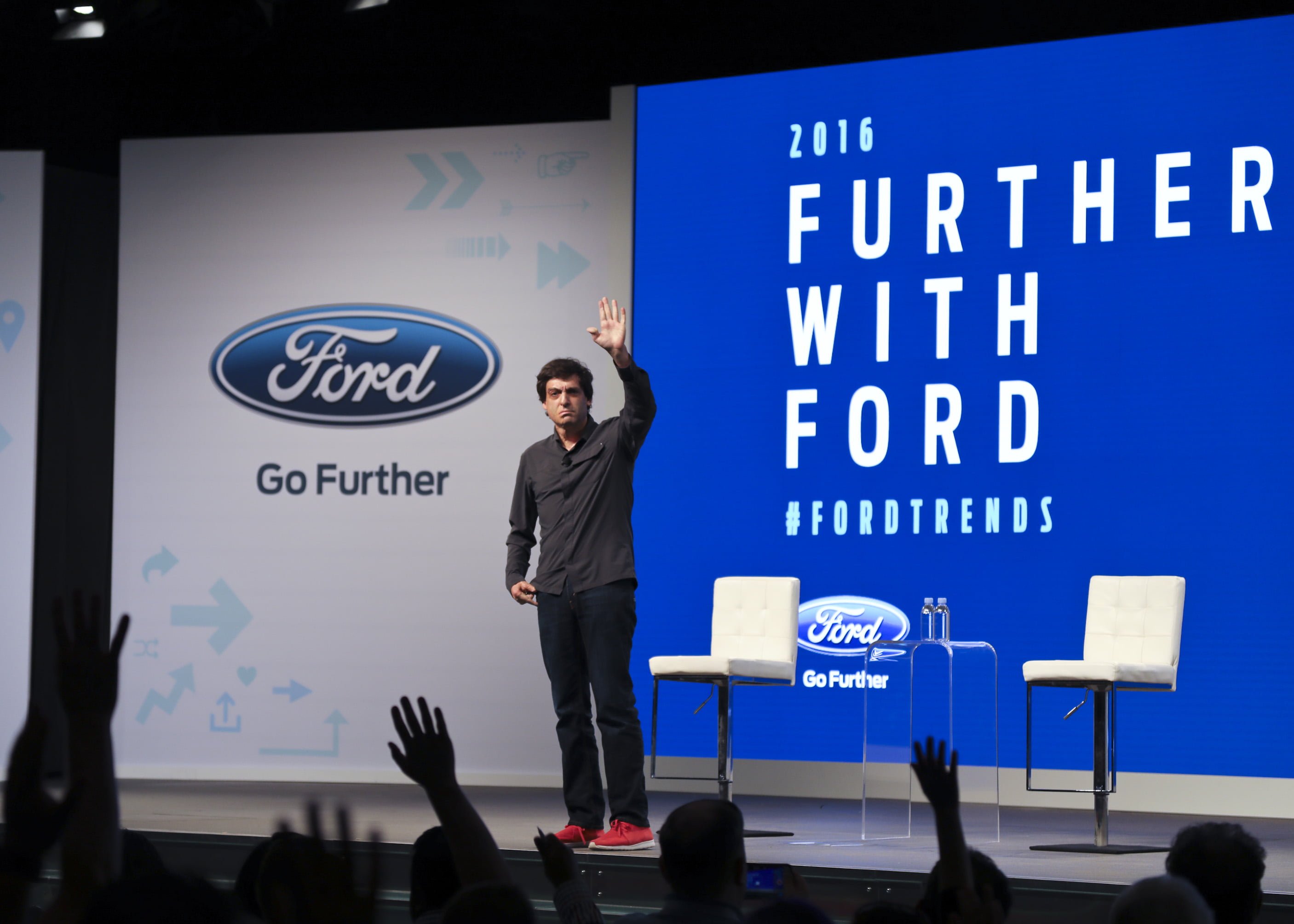 Dan Ariely at Further with Ford

Among all of the topics, including talking about environmental goals and recycling, the central idea was that Ford is still an automotive company, but Ford President and CEO Mark Fields made it clear that mobility is a key part of the company’s future.

“You’ve heard us talk about how we’re expanding business to be both an automotive and mobility company,” Fields said. “But why are we doing this? It’s because the world is changing very quickly, and spinning faster than we’ve ever seen before.”

“Attitudes regarding vehicles and transportation are changing rapidly,” Fields said. “The world has moved from just owning vehicles to both owning and sharing. This is causing us to think very differently as a company and driving us to rethink our entire business model. It’s not just about how many vehicles we can sell, it’s about what services we can provide as well.”

For many of the other companies trying to build autonomous cars, Ford pointed out that technology companies are trying to scale up to mass-production of cars. Ford on the other hand already mass produces cars, so their goal is to build on the technology and software requirements of fully autonomous vehicle production. From their perspective, that gives them the advantage because they feel it’s easier to expand into technology than for other companies to mass produce a safe, reliable car.

Considering Ford’s long history building cars, I find it easy to agree with them on that.

Of course the future is not exactly clear, but Ford’s plan is admirable. Within the next 5 years they plan to launch their fleet of autonomous cars for ride sharing. Ford was not specific about how many cities they would target for this launch, but the plan is to offer a ride-sharing service but without any drivers, and the vehicles wouldn’t have steering wheels, brakes, or gas pedals.

And within the next 10 years, Ford plans to sell autonomous cars to the public, which will likely come with a whole new range of opportunities and problems to solve.

It’s a fascinating future to imagine. We take driving and cars for granted right now, but autonomous vehicles are positioned to change things in a dramatic way. Roads will almost certainly be safer. Maybe they can even be a lot greener, since the fleets of autonomous cars could be electric, rather than gas. But one of the big immediate benefits is that, without the chore of driving to and from work, people’s lives could become a lot happier without the stress of traffic jams.

Personally, I can’t help but also think of one possibility that Steven Spielberg presented in his film Minority Report. What if autonomous cars could augment public transit? Could the two be linked together into one system that works better than the two separately? And will this one day mean the end of parking lots taking up prime real estate?

While Ford offered a few glimpses into their plans and ideas for the future, they certainly asked a lot of questions too–questions that Ford is already working on and trying to answer. 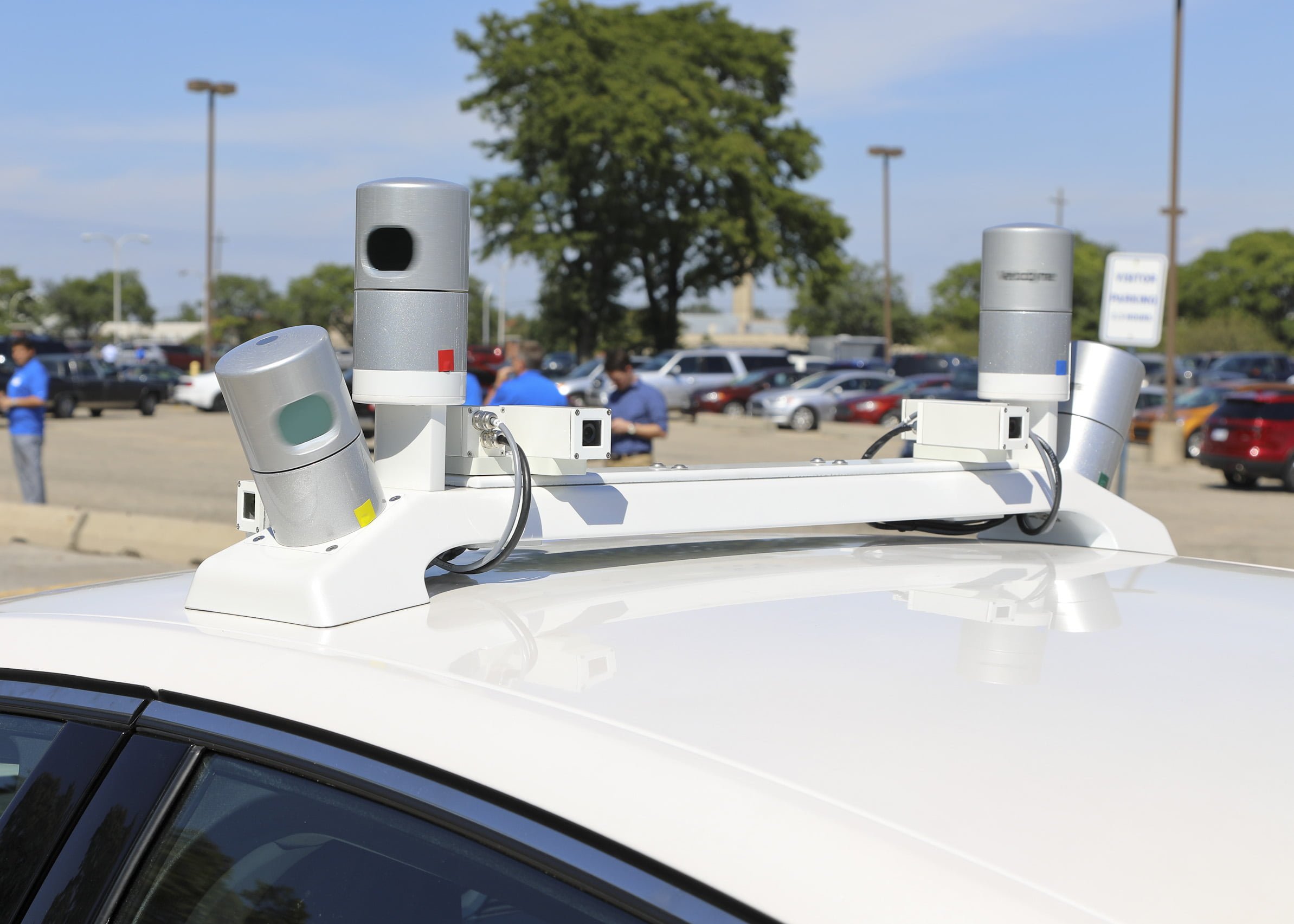 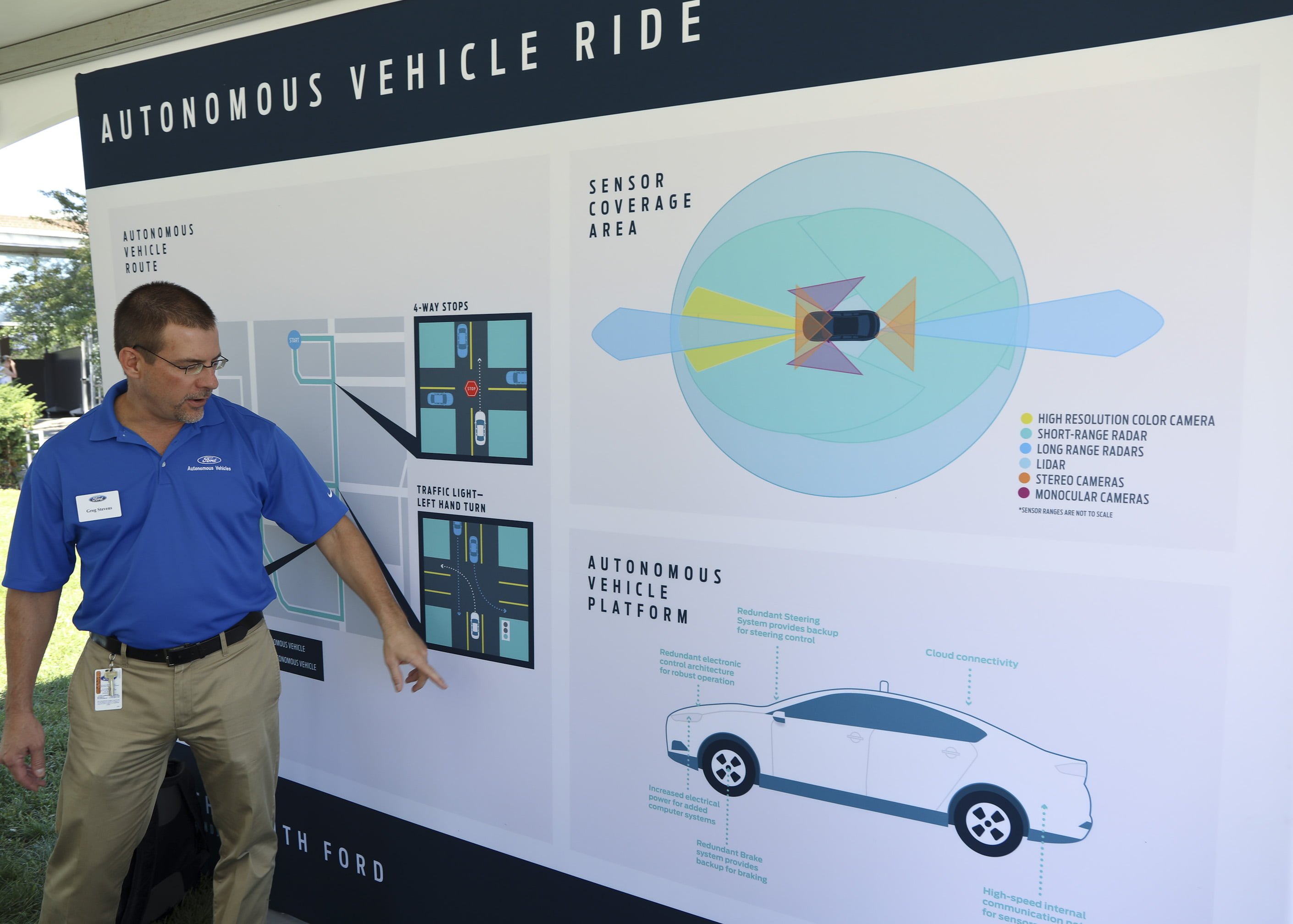 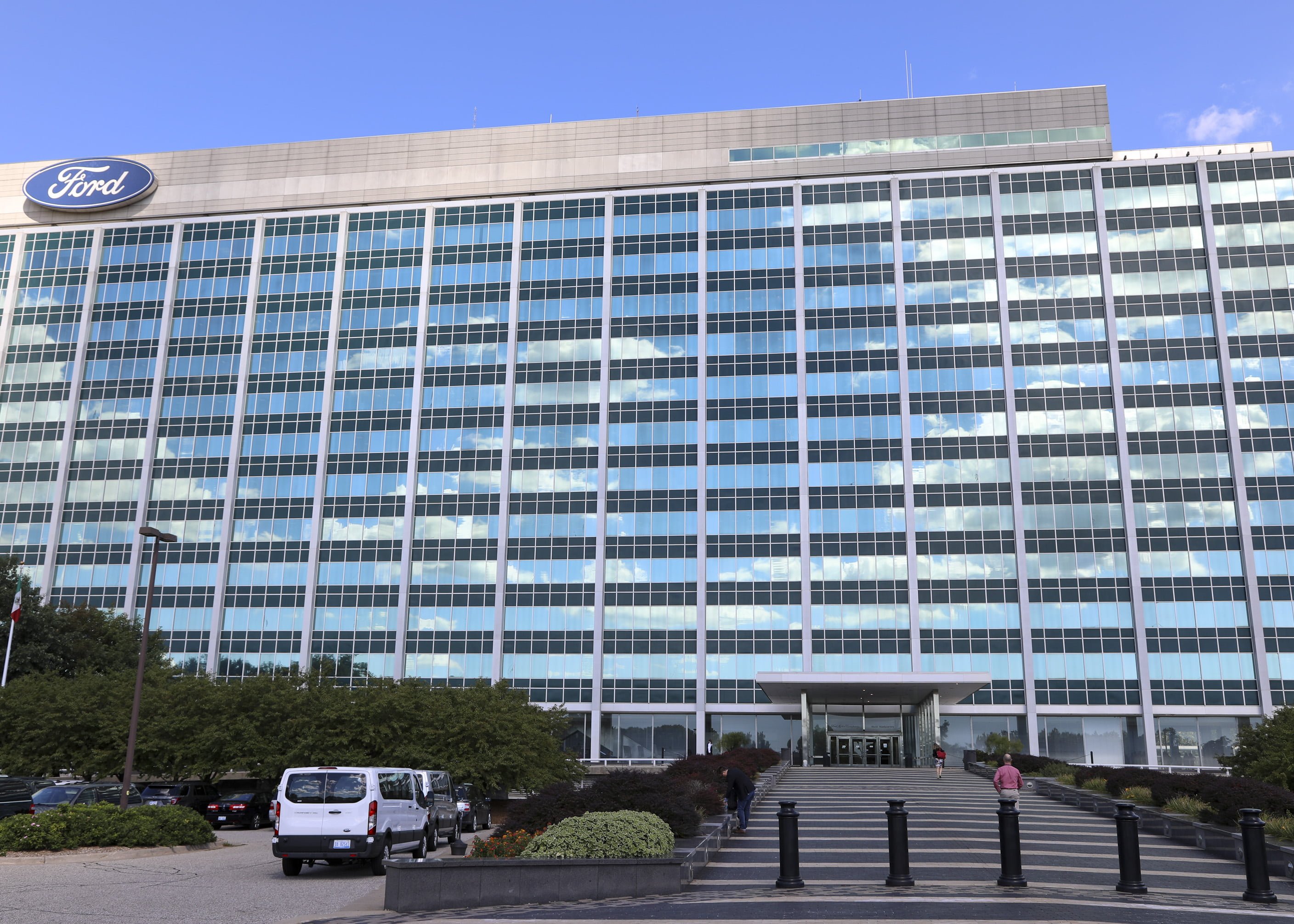