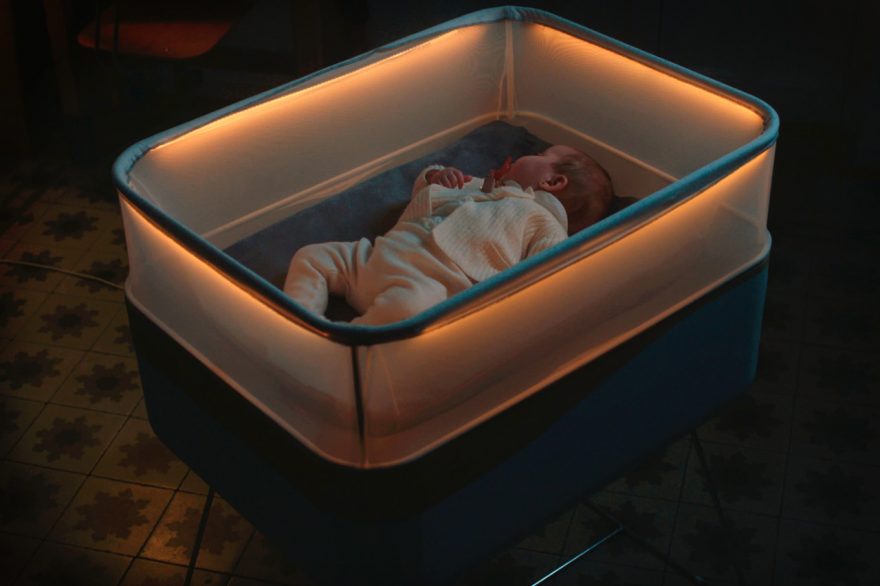 Parents have been there time and again: it’s bed time and your little one just won’t fall asleep, but when they’re in the car, they seem to be able to fall asleep almost instantly. Some parents may resort to driving their wee ones around to get them to sleep, but Ford has unveiled a concept crib that may make bed time even easier.

Ford of Spain developed the Max Motor Dreams to simulate a soothing drive in the family car, with speakers the project the sounds of a soothing engine and the hum of ambient noise, plus LED lights that actually simulate the flow of street lights passing by. The concept crib also simulates car-like vibrations to help sooth babies.

“After many years of talking to mums and dads, we know that parents of newborns are often desperate for just one good night’s sleep. But while a quick drive in the family car can work wonders in getting baby off to sleep, the poor old parents still have to be awake and alert at the wheel,” said Max Motor Dreams designer Alejandro López Bravo, of Spanish creative studio Espada y Santa Cruz, which produced the award-winning design.

The Max Motor Dreams also pairs with a smartphone app so you can record and personalize the experience for your baby, allowing you to customize it just like your own trips in the family car.

Right now the Max Motor Dreams is a prototype only, but Ford has said they have had numerous enquiries about the idea and may decide to start producing the crib. For now, it’s at least a great concept.