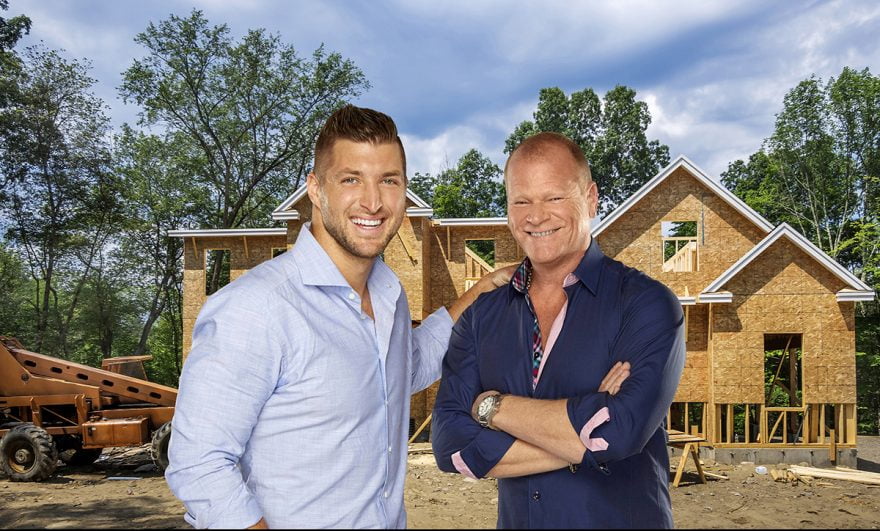 Mike Holmes is a bit of a legend. He’s the renovation expert who has been fixing people’s dilapidated and troubled homes for sixteen years, and over his career he’s starred in numerous shows that showed off what he’s done for people. In the second season of Fox’s Home Free, his role is the teacher, as he helps eleven competitors learn the fundamentals of construction while giving away a home to their personal heroes.

Andrew Powell: So everyone gets a home. Obviously you guys reveal that at the end of the first episode. Was that a hard secret to keep even that long?

Mike Holmes: “Well I would have liked to have kept the secret longer, but I guess between us all who talked about it, it was a great idea to let the cat out of the bag and see what happens. Now remember, they didn’t know it was Home Free, they were told it was a name to another show, so they had no idea where they were going. All they knew is they had a hero, and they wanted to win a dream home for them, so to bring the eleven contestants in and show them this wonderful game board, because we literally took over a building site and created two huge gates, I called it Buildastic Park, not Jurassic Park.”

“You open these gate and you walk in and tell them what they’re going to be doing. I’m sure that not only were they flabbergasted that they found it was Home Free, but just knowing what they stepped into was a whole new world for them. Maybe it was wise telling them from day one all of your heroes are going to win a home. Are you going to give up on them in the first home or the third home, what would you do for your hero?”

“Just remember, you have got to have a hero, and to see them give so much knowing they didn’t have to for someone that did something for them reminded me why I do what I do. It was so compelling, I’m telling you. I loved doing it.”

Andrew: In terms of who was chosen, I don’t know how much you can speak to this, but do you know why certain people were chosen in terms of even their skill level?

Holmes: “Well, ironically no one had any skills, even if they said they did they lied [laughs]. That was my world to shape them, or put them back into shape, but I think it was more finding the story line.”

“It didn’t really matter so much as to who they were, it’s who’s the hero and how is this going to interact between them and their hero, and I think that created an automatic real scenario, because between all eleven competitors the stories are so different in all their heroes, yet relate to the same that these people selflessly did something for them that they didn’t have to do, and that now the competitors are trying to give it back. It really played out on its own. I think it was probably easier than anyone would’ve expected to find the right people to be part of the show.”

Andrew: It seems safe to say that everyone has someone in their lives who did something selfless, but these people certainly have bigger stories than the average person.

Holmes: “That is a definite. That is a definite. When you watch the show you’re going to see it, but I think you just related to it with your own words, that everyone does have a hero, and you can see why somebody would jump into another country in another time zone in another opportunity just to do something to give back, and in a way that’s exactly what all these competitors did.”

Andrew: Do you think any of them walked away with a decent amount of knowledge about how to build now?

Holmes: “I’m going to say more than half of them did so well by the end of the competition, and they were so proud of themselves, never mind me so proud of them, that I know three of them are going into the trade, which makes me really happy. One of them has already been hired by the big builder that worked with us on the project, and I won’t say he or she, but it’s really good to see that they did something like that. That they found something they liked and wanted to pursue it. That’s pretty cool.”

Andrew: You must feel a huge sense of pride knowing that you at least contributed to their skills.

Holmes: “I think for them personally was having the stamina to keep going. Now, remember, you just got eleven average Joes and Janes that got in this competition, and they didn’t realize working from morning to night what that would do to them. They didn’t realize that some of the competitions and the work orders we threw at them, how much it would beat them down, and how tired they got. That’s where Tim Tebow comes in, pushing them with the will, and I’m the skill, and by the end of it they all lost weight, they all got into shape, and it was almost like construction boot camp.”

“I told every one of them, I’m going to make construction soldiers out of you.”

Andrew: That could be your next show! You could have a show about people getting fit through working on houses.

Holmes: “Well, that’s true [Laughs]. You got another angle there. Holy cow man, I said I’d do this for two years, sixteen years later I’m still doing it.”

Andrew: That is the other amazing thing to me is that I’ve been watching you for years and I love that from what I’ve seen it’s almost like maybe you’re not reinventing yourself, but certainly the angles that we get to see you working at are interesting. Is it interesting finding those new angles on what you do?

Holmes: “Well, I mean it’s not so much that I’m trying to find new angles, I think it’s more and more that I stay within who I am, and I’m still teaching. I’m still teaching those who are in front of the camera and those who are watching the television, and that’s what I believe I’m meant to do, and at the same time doing this new, we’ll call it angle, I get to give away houses, and that’s just a great thing, because that’s now eleven people that their lives will be changed forever. Not to mention the eleven competitors now that their lives will be changed forever. That’s twenty-two people.”

Andrew: And what was Tim Tebow like? I assume it must have been interesting working with him.

Holmes: “It was. It totally was. I’m the rugged contractor and he’s a really good boy, but he reminds me of my son. He’s six foot four, he’s a big guy, and he just wants to hug and kiss everyone, and he’s a good guy. He’s grounded, I think he made a perfect second host to the show, co-host, host, you can call him anything you want. I think he was perfect for the show and I think he should remain in it because it was another element that was missing, and he fulfilled it.”

Andrew: I also loved his dig at you that sometimes, maybe dressing in a nice shirt is better than overalls. Did you get him into a pair of overalls?

Holmes: “Well, it’s funny because I didn’t know he had humor and he called my overalls a onesie. I laughed my head off, and I said, ‘Buddy, I got you a pair of onesies, just with your name on it,’ but he didn’t want them.”

Andrew: So we’re not going to see him in them by the end of the season?

Andrew: Well otherwise, what are you working on right now? I know you always seem to have a lot going on.

Holmes: “Oh yes. I’m still finishing a show back home with my son called Holmes on Homes which will air this fall on DIY. It’s great to see my son blossom and learn so much, and this is going to be another great show for people to learn how to build a sustainable home and all about the products and how we can have the house pay us back each and every month, yet still tell the story of my son who’s getting engaged, who got engaged in the body of the show, and again real life stuff.”

“I love this, and this Saturday I will fly to somewhere in Georgia, I should probably keep it quiet at this point, but somewhere in Georgia and I will be filming a new show with DIY called Holmes Buys Homes. They’ll be thirteen episodes that’ll air this fall, and you can picture House Hunters with Mike Holmes. I’m going to teach people how to buy it right and stop buying by illusion.”

Holmes: “Yeah, I think it’s important, because I’m seeing too many people just, no different than walking in a bakery and buying the good looking cake under the counter and it tastes bad. They just don’t understand it, they just buy by beauty rather than intelligence, and that’s what I want to teach.”

Andrew: Very cool. Well thank you very much for the time. It was a pleasure chatting with you.

Holmes: “My pleasure, have a great day.”