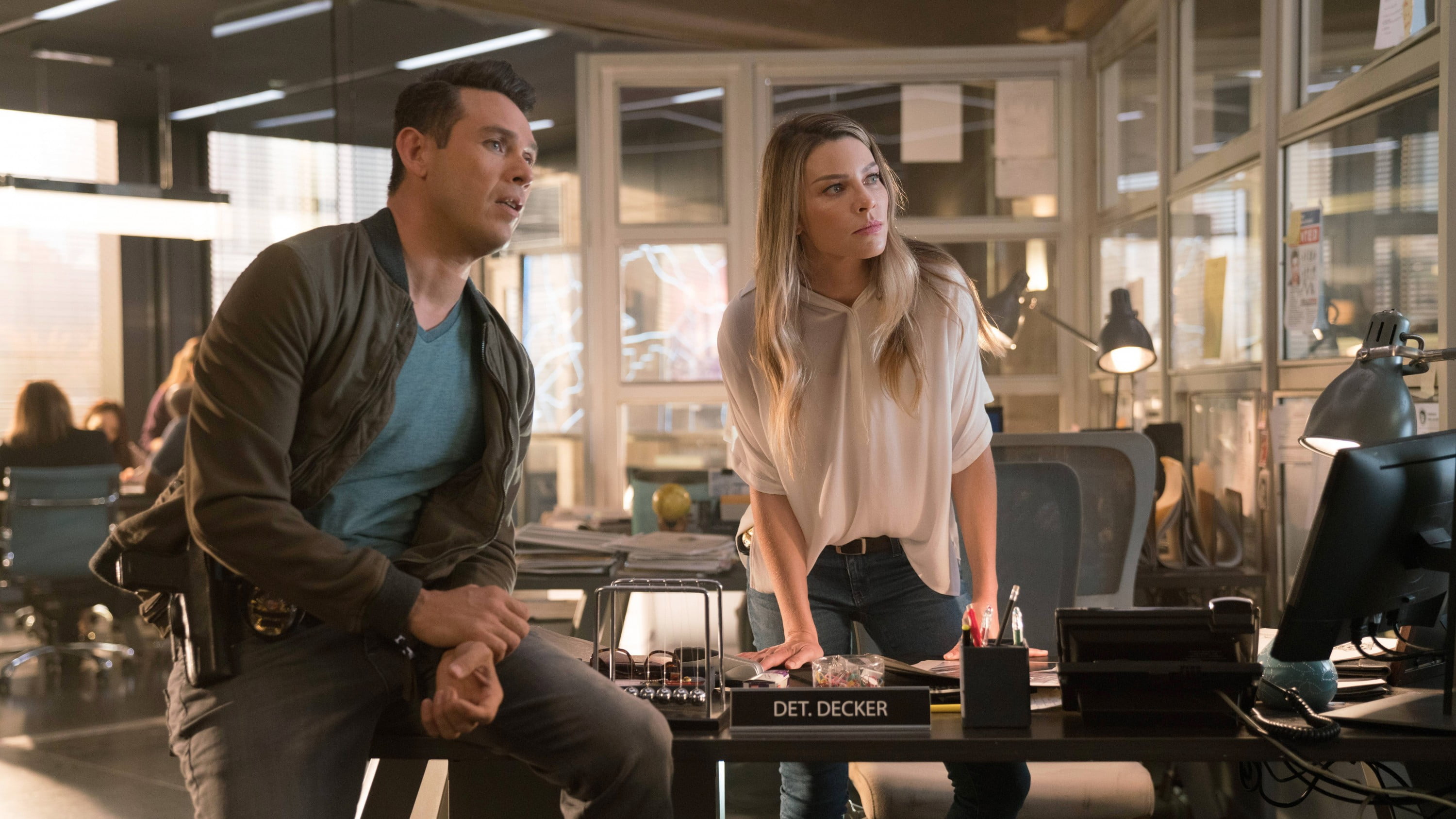 Kevin Alejandro believed he knew all the ins and outs of portraying a law enforcement agent–until Lucifer. The 41-year-old actor honed those types of procedural roles on various TV series, including Southland, Golden Boy and The Returned.

On Lucifer, Alejandro plays LAPD Homicide “Detective Douche,” Dan Espinoza, who must contend with more than just criminals and murderers. His ex-wife, Chloe, is also a detective on the force. However, the real curveball lies with her civilian consultant, Lucifer Morningstar. He’s actually the honest-to-God Devil, whose very presence stirs up both normal and supernatural trouble.

Kevin Alejandro recently spoke with The GATE about finding Dan’s voice, interacting with Lucifer, how competent and douchy Dan is, and directing an upcoming episode.

When you join a series like Lucifer, what’s interesting about playing the human element in a supernatural world?

Kevin Alejandro: “In a world like Lucifer, you do need that person for the reality aspect of it. I’m having a great time being that person. If, and when, they decide to let Dan in on who Lucifer really is, it’s going to rock his world quite a bit. I’m looking forward to that being a possibility at some time.”

What were some of Dan’s nuances and quirks that you had to figure out early on?

Alejandro: “I’ve been fortunate enough to play a lot of cops. One of the things I love about this guy is because I’ve had a lot of police training, and it comes second nature to me, I can focus on his human being and who he is and what makes him tick. One of the great things about being in a series is you have so much time to discover different qualities about who this person is. The writers actually figure it out as they go, too.”

“I get all these months to play this one human being and make him someone who is relatable. I’m fortunate to have that opportunity with playing Dan. Then, there’s his sense of humour and how it fits into this world and why he makes decisions the way he does, and why he’s so tightly wound. There’s so many unanswered questions that I’m looking forward to discovering along the way.”

What do you feel Dan’s romance with Charlotte allowed the writers to explore?

Alejandro: “So much, and we’re still exploring it. There are endless possibilities this season. My scene today is questioning where their relationship can or cannot go. It’s given the writers the possibility to give Charlotte human qualities now. She’s no longer ‘Mum.’ It’s given them such a broad spectrum to take her character, and the potential of a relationship between Dan and her.”

Dan and Lucifer recently ran a sting operation together. What have you enjoyed about where these two rivals started and where they stand now?

Alejandro: “What I love is the banter between the two and how Dan doesn’t quite understand Lucifer’s sense of humour. But, Dan’s just going with the flow and is like, ‘Okay. That’s just who you are.’ What I truly love is it hasn’t changed. Dan is still like, ‘You’re so weird, bro. Why are you so weird?’ That’s one of the things I like about playing Dan. He still doesn’t get Lucifer. He still doesn’t know how to communicate with him very well.”

This season has added some new blood. In what ways has Marcus Pierce shaken things up at the LAPD?

Alejandro: “He comes in and he’s the new alpha male. He threatens a lot of things. He threatens the relationship between Lucifer and Chloe, between Dan and Chloe. He’s there to shake it up for a reason. He’s tall, he’s handsome and he’s smart. Dan has this need, this desire, to be one of the best, so he spends a lot of the time trying to prove to Marcus Pierce that he is, and that he can be. So, he’s vying for Marcus’ attention. He definitely throws a wrench in Dan’s desire to succeed.”

Marcus promotes Dan to union rep, something Marcus believes is for has-beens. How competent is Dan at his job?

Alejandro: “Dan was very competent at his job until Marcus Pierce comes in and starts throwing all kinds of questions in his head. One of the things I love about this season is it’s giving myself, the actor, the chance to explore how good Dan actually is. What I’m slowly realizing is Dan is a little self-conscious. He does stumble and they are showing that quirkiness about Dan.”

Dan helps Amenadiel out of a jam. Is this the beginning of a new bromance? What was fun about that pairing?

Alejandro: “First of all, D.B. Woodside is an uber-professional and very good at what he does and has a wonderful sense of humour. I always enjoy acting alongside him. He’s one of the great ones. And, yes, it’s definitely the beginning of a bromance. That’s one of the things they like to do, is mix all of the characters up together, and give us the opportunity to play with other players. This isn’t the only budding relationship that’s going to happen for Dan.”

Dan rubs a lot of his colleagues the wrong way, but it appears his douchiness has been decreasing. Is that something you hope for or would you prefer him to fully embrace being a dick?

Alejandro: “I don’t know. I like that Dan makes decisions, for whatever realizations he has, and it keeps him comfortable. I actually like the fact that he makes bad choices sometimes. I’d like him to keep in that direction where he wants more than he can actually achieve.”

What can viewers expect from tonight’s episode, “Welcome Back, Charlotte Richards?”

Alejandro: “It’s all about her. It’s so funny what they do with Charlotte because she has no recollection of her past life. Now, she’s back in this world as this lawyer. It’s cool to see Charlotte fake her way through her life and try to piece everything together. We pick up where we left off. Dan is a little brokenhearted. When we see her, she doesn’t pay attention to Dan. He’s like, ‘What the hell? I thought we had something.’ Then, we follow that journey of them trying to figure out whether or not they can have a relationship with her as Charlotte Richards and not Mum anymore.”

You’re a surfer. How much are you hoping they incorporate that skill set into Dan?

Alejandro: “I’d absolutely love it. I have a feeling that is something that is going to happen.”

You’ve directed a few shorts. Have you entertained the notion of stepping behind the camera for Lucifer?

Kevin Alejandro: “Absolutely. In fact, it’s been approved that I’m going to direct episode 19 this season. I went to the Warner Brothers directors’ program to prepare for this. I just did the DGA orientation to also prepare. I’m so fortunate and happy they are going to trust me to take the reins for that episode. It’s all happening.”