Hosts of CTV’s The Social talk about their 1000th episode 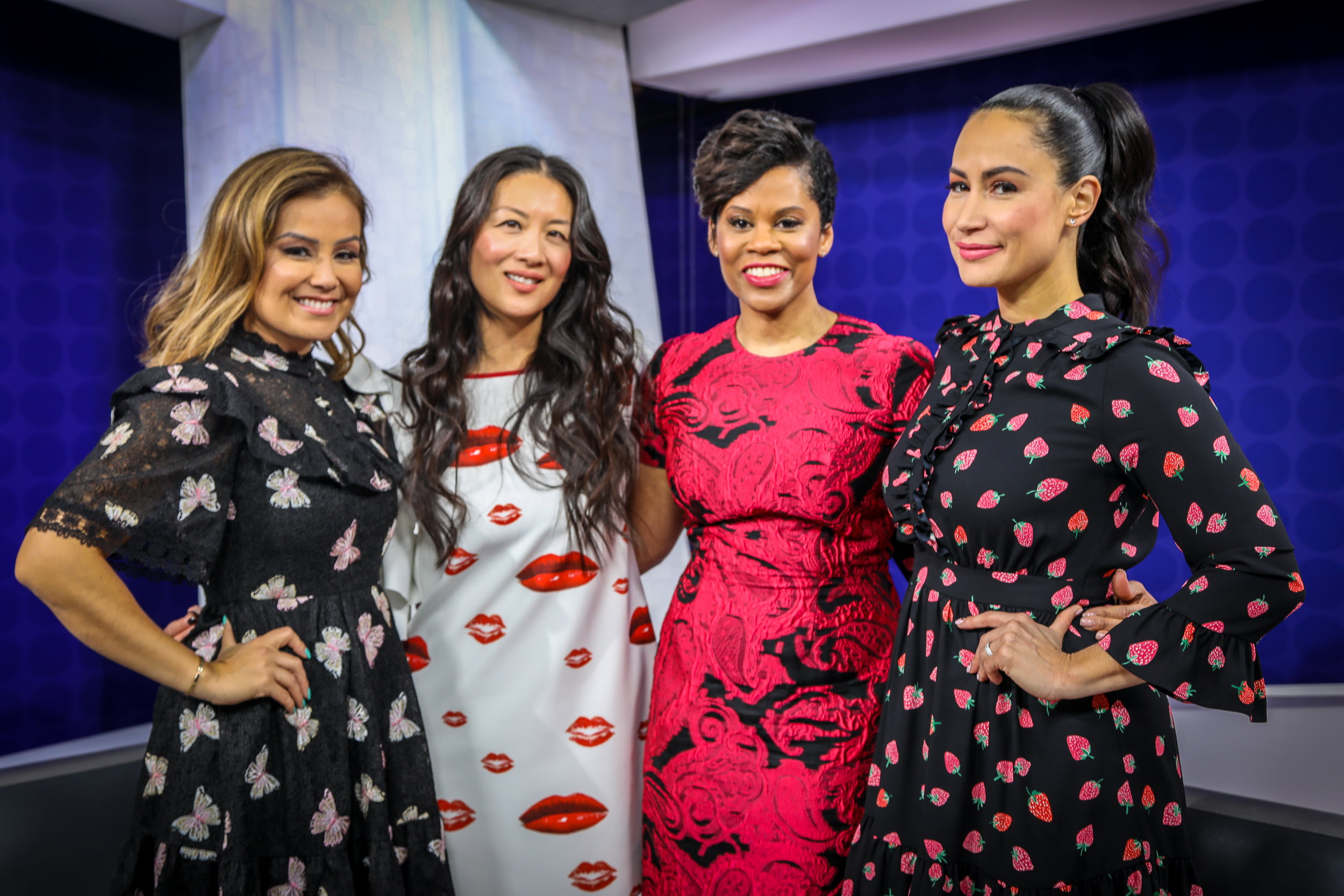 CTV’s The Social celebrates its 1000th episode today, in the midst of the show’s 5th season, so I sat down with the four hosts of the talk show to find out about their favorite moments, and how they connect on and off the show.

Hosts Melissa Grelo, Cynthia Loyst, Lainey Lui, and Marci Ien sat down with me on one of CTV’s sets at 299 Queen Street West, and we chatted about The Social, the ambitions down the road, and even how they find a way to focus on the conversation over any possible confrontation.

Talking about their favorite moments from hosting the show together so far, they had completely different answers that all speak to why the show has struck a chord with Canadians.

“We’ve had a lot of great memories over five seasons, so it’s very hard to pick just one. I mean there’s no such thing as your favorite child, [but] I think surprising the co-hosts with my newborn baby was up there,” Grelo said.

Lui suggested that it’s hard to pick between all of the guests on the show, so her favorite moment so far is actually one that happens every day. “There’s something we do together before every single show,” Lui said, “and I think that if I forget everything else in 30 or 40 years, I’ll always remember what we do and what the feeling is in that time.”

Ien, meanwhile, did have favorite guests. “I will just put it out there: the Jacksons. Dancing with the Jacksons,” she said. “It was so much fun and being able to talk about that kind of legacy and being in the room with legends. It was so special. It was so much for me, growing up with that family. I felt that I was a kin to Janet Jackson–I was a sister too,” Ien said. “Just to have them in our house, and be able to chat, and walk down memory lane. That was a moment. That was a huge moment.”

“There’s been some incredible celebrities,” Loyst agreed, “but really, a lot of the people I think who have impacted us the most are people who have smaller stories or are less well known, who shared stories with everything from their struggles with illness, or the way that they persevered through life, and their many challenges.”

Watch the full interview below and tune in to The Social today at 1 PM (ET) on CTV and the CTV Go app.

The Social by the numbers:
301,000 – Total number of views from the most-watched clip on the @TheSocialCTV Facebook page when Co-Host Cynthia Loyst meets Jason Momoa
56,789 – Audience members that have attended The Social to date
263 – Total number of one-on-one celebrity interviews the co-hosts have conducted in-studio
110 – Number of 5th chair guests
100 – Total number of fitness segments the co-hosts have completed
60 – Amount of production crew per episode
42 – Number of food-related field shoots The Social’s resident foodie and digital correspondent, Jess Allen, has completed
34 – Total books read for The Social Chapter
10 – Number of times Co-Host Lainey Lui has joined The Social live from L.A. while covering the Oscars
8 – Number of cameras to shoot the daily live show
5 – Current season
2 – Total number of times #THESOCIALCTV has trended nationwide, which was when Justin Trudeau joined The Social’s Bell Let’s Talk Day Special, and Co-Host Lainey Lui debuted #ChineseOxBuns
1 – Number of non-human guests who joined the conversation live in-studio: Miss Piggy!

congratulations on season 5. i have watched from the beginning and really enjoy the show.
I am quiet intrested in the red dress that melissa wore in the opening scene,
The dress has a halter top with ruffles down the side. Any information regarding this dress is greatly appreciated..