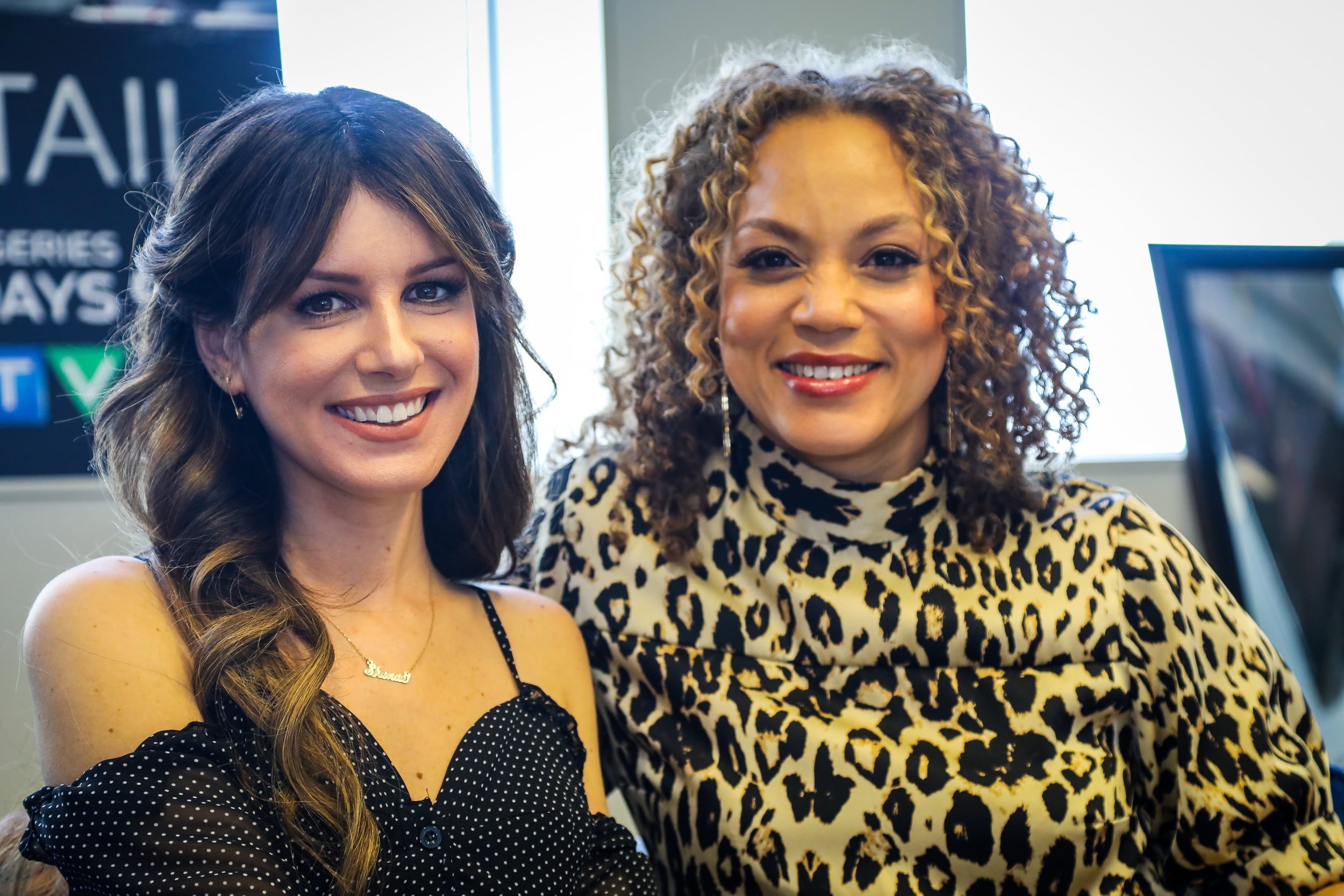 Angela Griffin and Shenae Grimes-Beech are laughing when I sit down to talk with them about CTV’s new series, The Detail. The stars have an easy relationship together after filming the show, and they laughed easily and often as they chatted about the characters, making the show, and how the roles affected them.

Sitting down to speak with them for a few minutes, I had a hard time wrapping up the interview on time because they had so many interesting stories to share about making The Detail.

The series is a 10-episode drama about female homicide detectives solving murder cases in Toronto, and how they deal with their complicated personal lives. The show also makes a point of focusing on hot topic crimes, with a great mix of co-stars, crafted by a female-driven creative team.

“I think we learned a lot,” Grimes-Beech said when I asked about getting into the characters. “We did some training for gun handling… we also did some training where we got walked through a case from top to bottom by a homicide detective. So we learned about the way that their minds have to work when they enter a scene and what the most important things are to look for and notice, and I think those things help with the kind of non-scripted mannerisms when you walk onto a scene and the protocol. As far as Jack is concerned, I definitely paralleled a lot in my own life, just as far as personality traits go, we have a very similar sense of humour–I definitely brought that to the character. And then I think that they started writing it a little more for me.”

“I don’t drink as much as Jack does,” Grimes-Beech says with a laugh, “and I’m definitely more settled down in my own life, but just that unapologetic attitude that Jack has and the fact that she doesn’t fit in to a pretty little box, and she’s okay with that. I identify with that on many levels, and yet I’ve had to suppress that in a lot of ways… so it was really refreshing. I think I learned a lot from Jack.”

“She’s got a very high-pressure job, just like acting,” Griffin jokes. “She’s the breadwinner of the family, she’s married, she’s got two children, and she’s juggling quite a lot in her life. So drawing on my own life was relatively easy, but then what I also had to do–I’m British–so we speak the same language but culturally there are a lot of differences, and Stevie is Toronto born and bred. She comes from a cop family, so even just our justice system and our policing system, there are quite a few differences, so I had to really look into all of that so I was okay with it and I wasn’t all very strange when I’m handling a gun going, ‘What is this? We don’t carry these in our country.'”

Watch the interview to hear how Griffin adapted to filming in Canada, where filming hours are very different from the United Kingdom, and what the stars had to say about working with a predominantly female-led creative team telling a female-focused story.