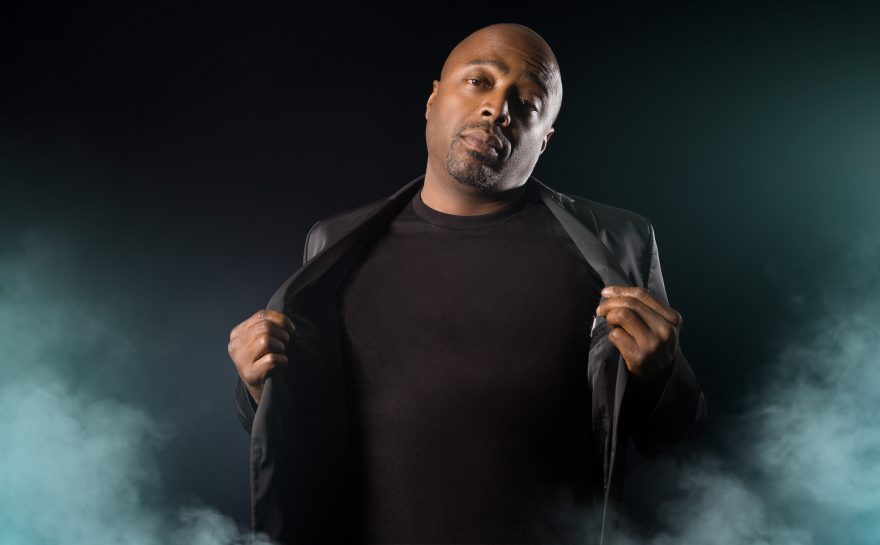 Donnell Rawlings is iconic and hilarious. The comedian and actor made a name for himself on Chappelle’s Show before working on The Wire, and later on Guy Code.

Today, beyond albums–like his new one, Ain’t Worried About…–he runs The Donnell Rawlings Show podcast, and tours extensively, with dates for his 2Soon show coming up across the U.S.

Today though, he’s in Canada for JFL Northwest, and I had the chance to talk to him about his career, fatherhood, Chappelle, and how comedy has changed over the last two decades.

Asking him about his podcast, I wondered where it started, and why he decided to put it on YouTube as well.

“I know that I can write and create shows better than half of the stuff that I audition for,” Rawlings said, “so part of this transition for me is putting my career in total control. Of course I’m going to have to go out and tell jokes, but my future is producing and creating and having different intellectual properties. That’s what my focus is now, and it’s because of my son.”

Speaking of his son, Rawlings had a lot to say about how fatherhood has changed his career.

“He puts a sense of urgency there for me, wanting to create for his future, and wanting to be an example for him,” Rawlings said.

“That doesn’t just mean money, but how I live, and what I show, and the values that I teach him.”

But does Rawlings want his son to become a comedian?

“Deep down inside, I don’t want him to follow in my footsteps. If he appreciates and respects what I do for a living, that’s more important than anything,” he said.

“He’s funny and he’s very excited about what I do for a living, and I don’t want to be like the male soccer mom, or whatever, but I get excited when he like to do it. I also know how much rejection it is, how many games are played, and just the ups and downs of it. That makes me nervous.”

“But if he was serious about it, and wanted to learn, I could make him an animal. If my son was like, ‘Dad, I want to be like you; I want to do that,’ I would want to give him other options, but man, I’ma dribble the ball with him. I play catch with him. This is what I do, and I would teach him.”

Speaking about the legacy of Chappelle’s Show, Rawlings had a simple prediction: “It’s going to go down as one of the greatest sketch shows in the history of television.”

“Everything about that show was timing,” he said. “The timing of Dave [Chappelle] connecting with the right writers. The right performers. Everything was timing, and television audiences needed something that was refreshing.”

“Everybody really loved that show, but another thing was that Dave Chappelle is one of the greatest standups to ever grab a microphone, and he continues to prove that. Like, three Grammys, two Emmys.”

“The dope thing about Dave Chappelle is that… he had what I call a Muhammad Ali moment, when you’ve got to roll the dice, whatever you stand for… that’s what Dave did.”