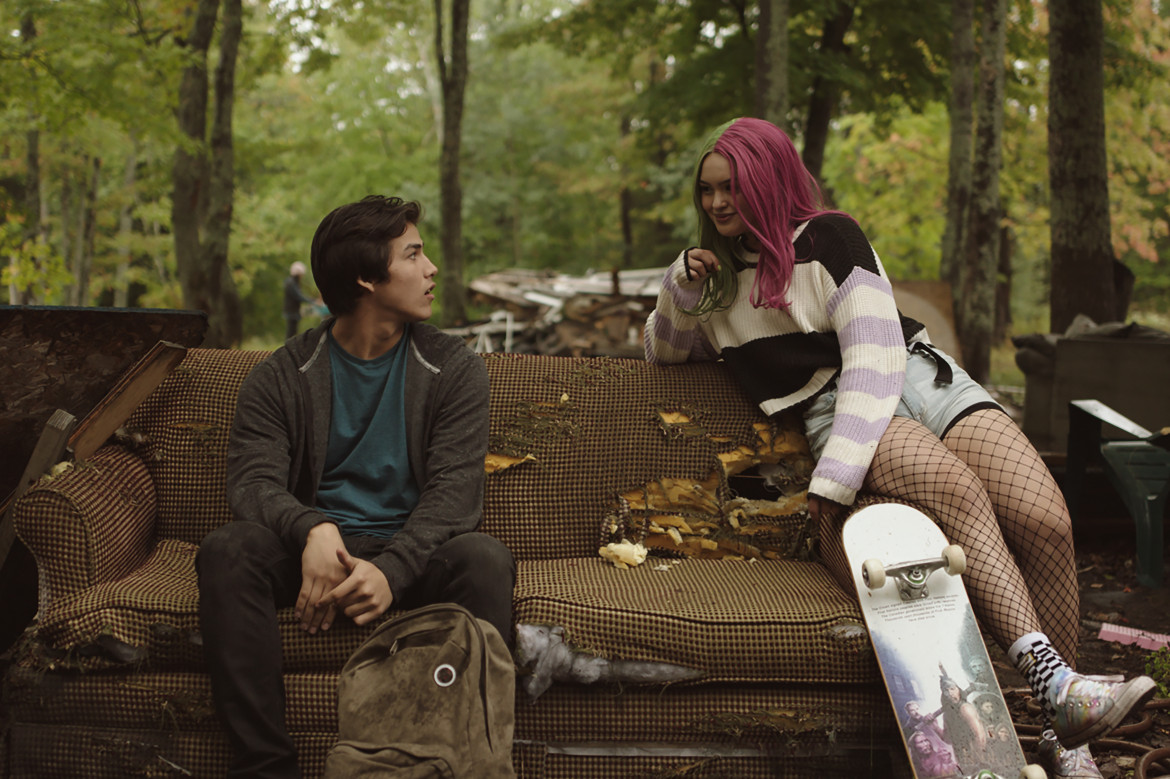 If a talking raven came up to you in the forest, would you listen? For Jared in CBC’s Trickster, things are starting to get weird enough that he’s almost ready to hear what the bird has to say.

After all, Jared’s life is complicated and getting tougher each day. While his mother struggles with her mental health, not to mention some secrets, his father is unemployed, so Jared juggles school and helps pay family debts with a terrible job where he also sells home made ecstasy.

And then a man named Wade starts talking to Jared, with answers to questions he didn’t even know he had.

Based on the novels by Eden Robinson, and adapted by co-creator, director, and showrunner Michelle Latimer, Trickster is a show like none I’ve ever seen before. The Indigenous series is inventive, funny, tense, and beautiful, with a cast that is perfect together.

Joel Oulette stars as Jared, and he’s likable, down-to-earth and so genuine in this role that’s partly a journey of self-discovery, while also looking at personal heritage and family history. There are wonderful layers to Trickster, with rich, fascinating characters, and fluid storytelling that draws you in from the start.

Before the series debuted at this year’s Toronto International Film Festival, I had a chance to sit down and chat with Latimer and Oulette about Trickster, the show’s Indigenous-led creative team, as well as what makes the story so powerful.

Watch the interview with Latimer and Oulette below, and catch Trickster tonight on CBC starting at 9:00 PM (ET), and on CBC Gem.

Stay tuned next week for my interview with Crystle Lightning, Kalani Queypo, and Anna Lambe.