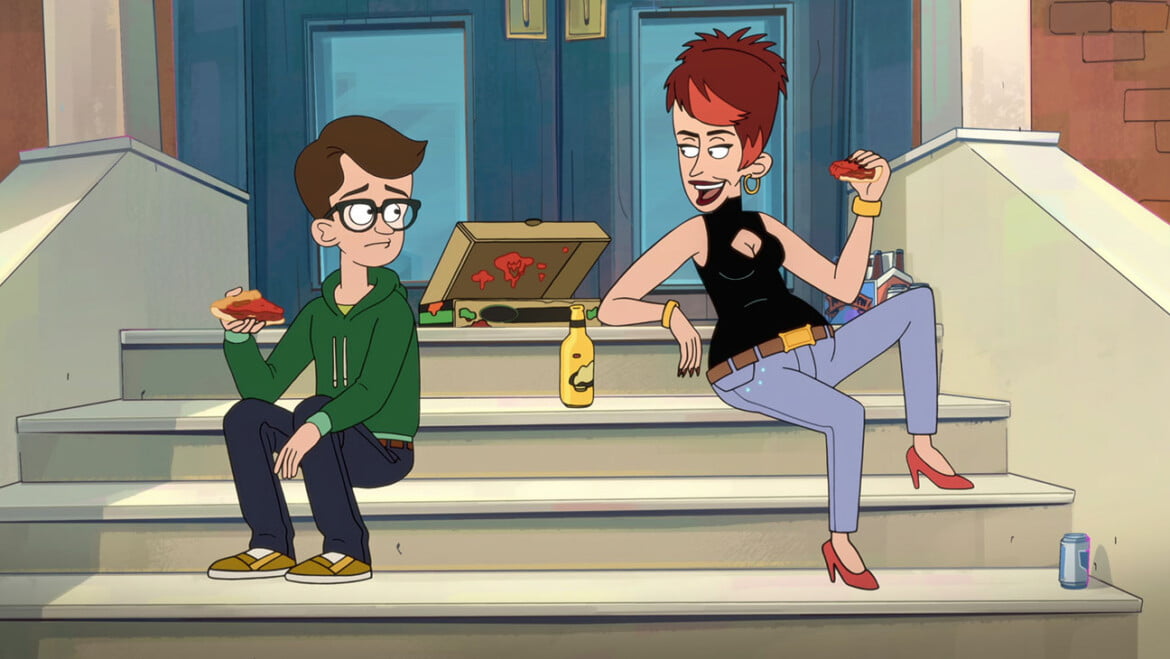 We all know a Diane, even if you’ve never been to Chicago.

Netflix’s Chicago Party Aunt stars the hilarious Lauren Ash as the hard-loving, hard-partying, die hard Chicagoan with a heart of gold. Diane is the life of any party, and she’ll roll with any situation, or steamroll over it, at least.

Broadway star Rory O’Malley voices her nephew, Daniel, as they both figure out their lives, with Diane trying to help him come out of his shell, and Daniel helping her understand that it’s not the 80s any more.

As Ash explained it, while Diane may be wild, at her heart she’s easy to understand.

“You know, I think the bottom line with Diane is she is someone who is well-intentioned. She’s someone who inherently is good inside and I think that often she misses the mark,” Ash said.

For the Tony-nominated O’Malley, he loves the character, and admitted that of course he gets to belt a tune or two.

“You might see a little bit of singing,” he said. “It might not be the song you expect [laughs]… I certainly hope we get to have a full, musical episode.”

The show’s unique style is partly thanks to its origins. Chicago Party Aunt was a popular Twitter account created by Chris Witaske, and he worked with co-stars and co-creators Katie Rich, Jon Barinholtz, and executive producer Ike Barinholtz to bring the show to life on Netflix.

RuPaul, Jill Talley, and Da’Vine Joy Randolph also star in the hilarious new adult animated series, and whether you love Chicago, or just want to live vicariously a little through the wild cast of characters, Chicago Party Aunt is so much fun.

Watch the full interview with Lauren Ash and Rory O’Malley below, scroll down for my interview with series co-creators Katie Rich and Chris Witsake, as well as my chat with Ike Barinholtz and Jon Barinholtz, and stream Chicago Party Aunt on Netflix.