Chiwetel Ejiofor on The Man Who Fell To Earth, Faraday, and co-star Naomie Harris 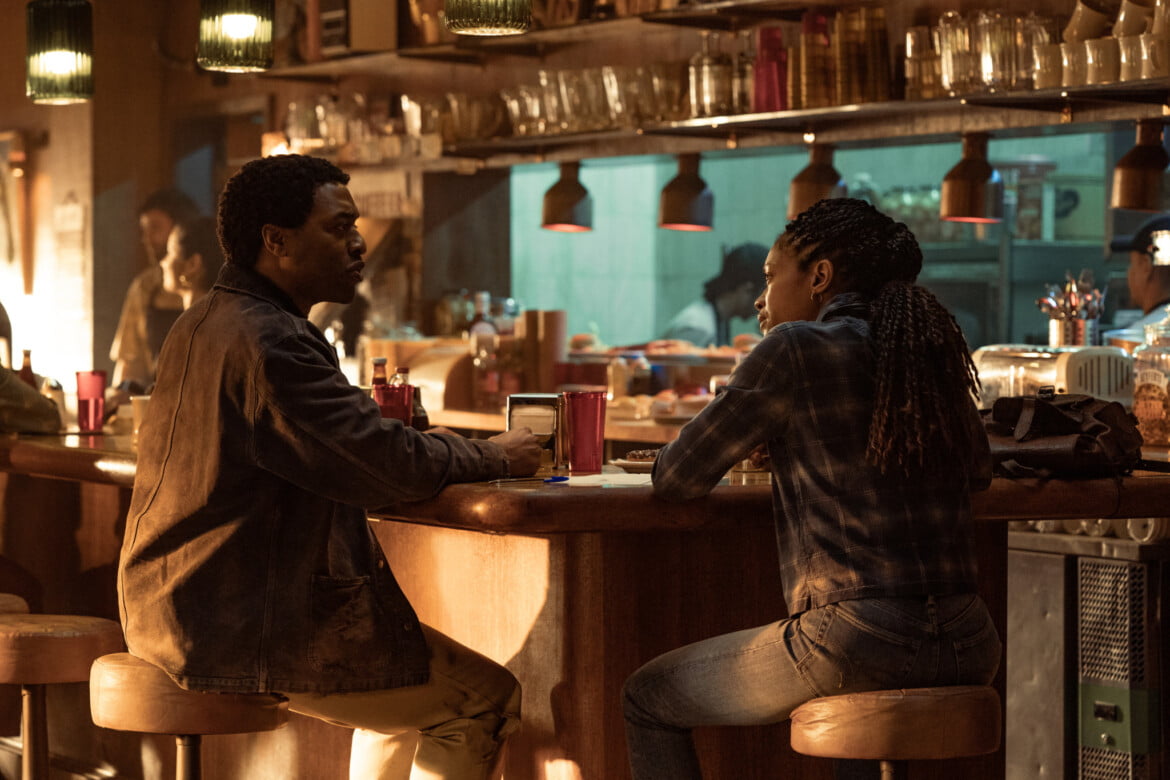 The Man Who Fell To Earth is Showtime’s smart, dark, and funny new sci-fi series, and it’s my favourite kind of television, building off of the original iconic David Bowie film, rather than rewriting it.

Starring Chiwetel Ejiofor as the charming, eccentric, and often anxious Faraday, we see the alien crash to Earth on a mission to find scientist Justin Falls, played by Naomie Harris, who he believes can help save his species.

Based on Walter Tevis’ 1963 novel, and sometimes referencing the 1976 film, the new series has Faraday trying to act human next to Justin who has basically lost all her faith in humanity, but very kindly has taken him under her wing.

Faraday has another connection on Earth though, and he comes face-to-face with Thomas Jerome Newton, played by the great Bill Nighy, the Anthean who first came to our planet decades ago, but has lost his way.

Chiwetel Ejiofor sat down to talk about the new series by creators Jenny Lumet and Alex Kurtzman, and he spoke about his approach for the alien, working with Harris, and how he views the immigration story that is such a big part of Faraday’s journey. Read the interview below.

The Man Who Fell To Earth is streaming now on Crave in Canada, and on Showtime in the U.S. with new episodes Sundays.

What was your approach to playing this character, especially as an alien?

“There was sort of several things about the approach. I found in this that you can only ever really play your own alien. There’s not really a way of using anything that anybody’s done before because the moments in your own experience, where you felt alien, when you felt sort of on the outside of something, or are kind of just your own sort of personal moments–you interpret your alien through that kind of lens.”

“And what comes out the other side is a character that in some ways is very tailored to you, to how you have experienced those kinds of moments and how you have operated in the world sometimes.”

“And I think we’ve all had that feeling which can be sort of broad experiences. They can be the experiences that we have about first day in school, and our experience of feeling outside. Certainly there were moments for me that I was looking back in my own family history of migration, my parents moving from Nigeria to the U.K., and what those feelings elicited in me and what they felt like in the family and those sorts of things mean.”

“I think in that way, I sort of was able to build up what I felt was the emotional psychology of Faraday as he interacts with this new space. And then that moved into this understanding of how he begins to interpret humanity in itself, the psychology of humanity and how it begins to affect him. So that was a sort of journey and an approach for the character.”

What was Naomie Harris like to work with, and especially building this character, because so much of how he develops early on in the episodes seems to be based around Justin?

“Yeah, totally. I mean, it was great working with Naomie. I’ve known her for a long time and she works in a very different way than I do because she’s very sort of instinctual on set, so she kind of likes to be surprised and she does all of her research on her own.”

“So she doesn’t really engage with something like rehearsing that much, she just likes things to be unfamiliar and to be kind of spontaneous. That’s how she plays scenes, so she’s very reactive. And then I kind of end up being in these long rehearsals and discussing every bit of the script and trying to unpack it all.”

“So in a way, this kind of approach is really suited to these characters, and just suited to where they were and allowed for these moments, to feel really alive and genuine, and that’s one of the things that I love about working with her is that she infuses a spontaneity into moments–into scenes–that I feel comfortable going with or playing with because I’ve spent so much time picking everything, that I feel like I’m on steady ground.”

“So it just means that as a scene partner, I felt like we were able to complement each other in that way quite well. I always looked forward to the scenes with her because I always knew that it was going to be cooking a little bit, so I enjoyed that.”

Being the son of immigrants, how did you feel beginning the series with those lines, “I am an immigrant. A refugee. To survive I had to be reborn.”

“Yeah, I definitely felt that those lines in that context, and in that way, and the importance of that, and I always feel like the way that we view migration and the way that we view immigrants, often in the broader media can be couched in these terms that aren’t really representative of what the experience is for anybody.”

“And I think one of the things that Faraday communicates really effectively is what migration brings. You know, the opportunity that migration brings when you diversify a cultural landscape, you can revolutionize the space that you’re in. It is an extraordinary gift and power, and that’s what Faraday understands, that he is bringing something powerful.”

“And that is a lot of what the migration experience is, that sometimes people very literally bring their capacities in fields that are useful, but often even the kind of cultural dynamics, the psychologies, the emotional resilience or capacity is something that can affect the way that people view their own culture and their own rights, often, and that is a very powerful thing about migration.”

“The strength within which communities of different people and different experiences can have as a result of migrations in this way. So one of the things that I think Faraday really represents is that kind of dynamic, how we end up having a very narrow view of migration. There are innumerable examples all over the world of what migration really means, truly means on a ground level and how enriching that is for communities.”

What was the biggest challenge for you with this character, because a big part of the show is this alien trying to learn how to be human, but for you it meant unlearning a lot of things that we do naturally?

“Yeah, I thought that that aspect of this show and of the story and of Faraday’s journey was really challenging and interesting.”

“One of the things that I really spoke to Alex Kurtzman and Jenny Lumet about when we were going through the rehearsal period and a lot of conversations, was that I wanted to make sure that Faraday had, for want of a better expression, a kind of a soul, you know?”

“Because he’s not a newborn, in this in this space, he’s an adult being from another planet, so he has had a lifetime of experiences, very different experiences in a completely different place, but he’s bringing that with him. So some of the things that he’s doing is not just kind of learning, but it is that thing of unlearning while still learning or trying to use behaviors or ways of interacting from Anthea and then realizing that they’re not communicating.”

“And that’s the real kind of dance of assimilation in a way. And then, as he does that and he kind of understand the physicality of that, and then he understands the kind of social cues and those sorts of things which are great fun to kind of play with, then he sort of starts to understand and engage in the psychology and that to me and to a completely different sort of layering when Faraday starts to engage in the psychology of humanity as the show sort of develops.”

“And he recognizes that it actually changes him as well. It changes him as an Anthean to be around human beings, and because human beings are so nuanced and so complicated and so full of incredible things, I think that’s one of the things that’s really striking to him, that he spends time with this family and he really connects to this idea of love and that sort of freedom to love in this very beautiful and raw and pure way that we that we have as humans.