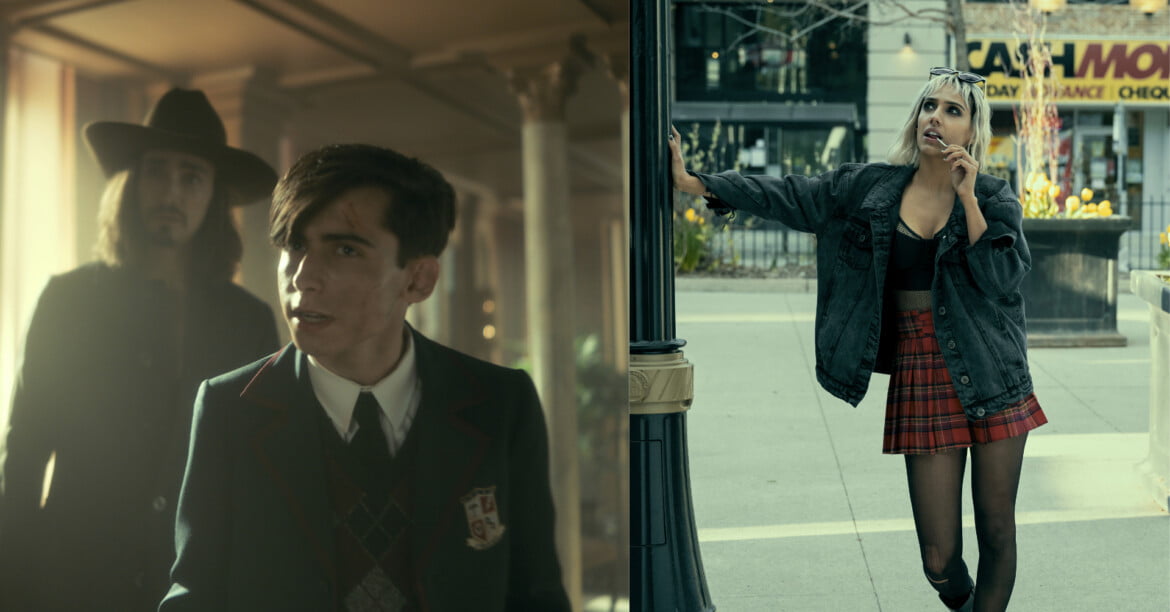 How do Five and Lila end up working together again in season three of The Umbrella Academy, and how do they get over some of the bad blood from last season?

You’ll have to watch the new season on June 22 to find out, but I did have a fun chat with Aidan Gallagher and Ritu Arya, who play Five and Lila, and they shared some hints about what’s to come.

For instance, has Five evolved a bit more as the Umbrella Academy meet up with the Sparrow Academy?

“Yeah, I think he has,” Gallagher said. “I mean, for him, it’s really just been three weeks, so if anything, he’s done bonding with his siblings. He’s sort of semi escaped the trauma of his youth and old age as well with things being a bit less high stakes. He’s not going on missions for the commission anymore.”

“He’s not trying to escape the hellhole of the apocalypse, so there are certain moments where he gets to be more human and just sit down and talk with his family. And there are some lovely bonding moments this season with this one [referring to Arya as Lila] in particular too, so we all get along. We have a good time as characters.”

Arya couldn’t share too much about what’s happening for her character, but she did tease a few things.

“Well, season two, she blinked out with the briefcase, but by now she’s back and we find out where she’s been and why… She’s experienced trauma from her mum treating her pretty badly, and it’s kind of like what that can do to a girl, you know.”

So how did Lila and Five reconcile for the new season?

“They both listen to Taylor Swift,” Arya joked.

“Well, they don’t [reconcile],” she said. “They have to. They’re forced to, so it’s a little reluctant.”

Watch the full interview with Aidan Gallagher and Ritu Arya below for the rest of our chat, including talking about some of their favourite moments on set, and the moment when I admitted they were my favourites on the series.

“You hear that, David?” Gallagher yelled at co-star David Castañeda, who was in the next room. “He said we’re his favorites.”