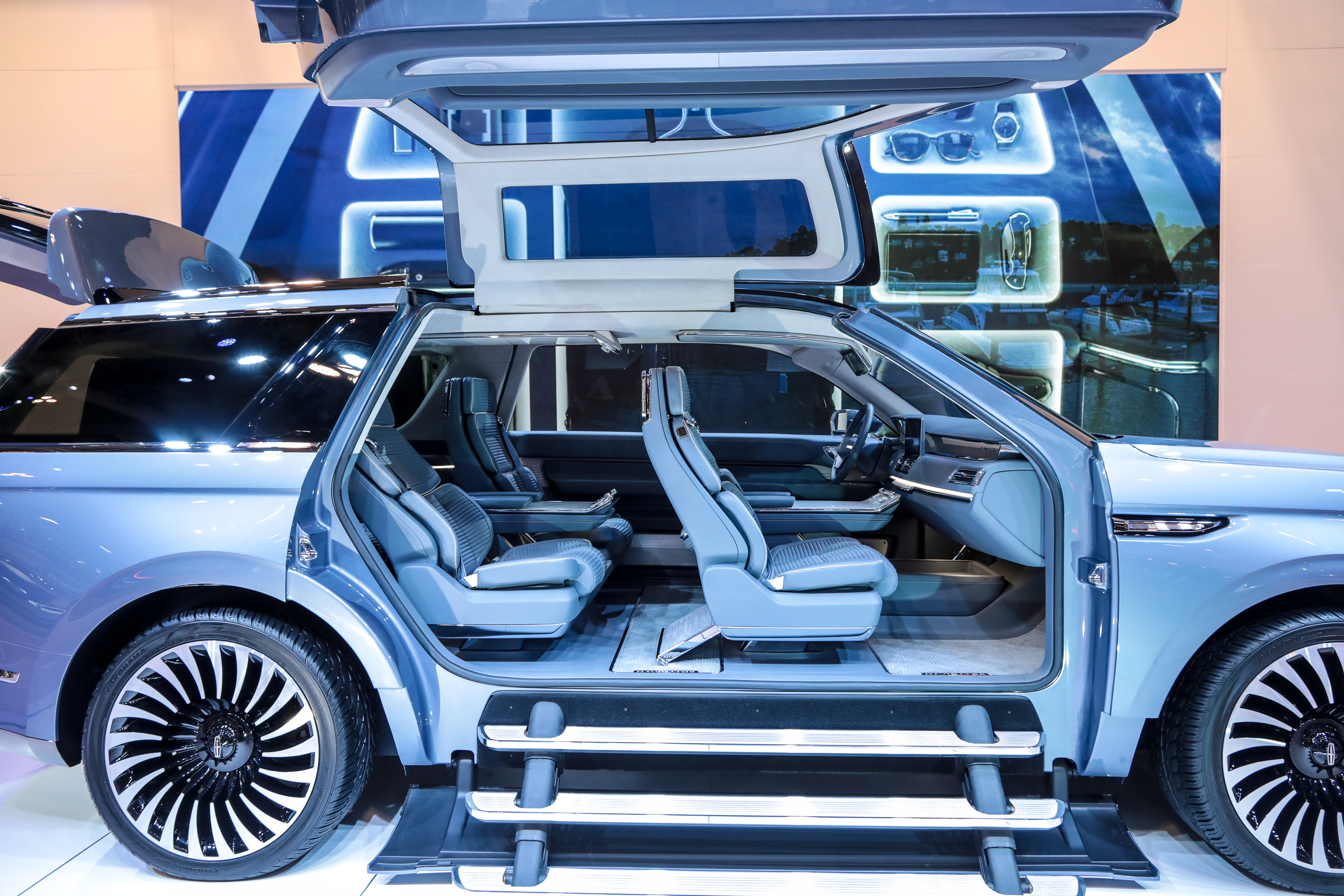 This week’s excitement started with the media preview for the Canadian International AutoShow at the Metro Toronto Convention Centre. The AutoShow opened for the public yesterday, and it’s bound to be another big year for the event–there’s a lot to see and do: classic cars, concepts, prototypes, and new vehicles that are either coming out, or making their way to market late this year.

Ford had invited me to come down for two interesting opportunities too. I met with Ford’s Kilian Vas, who designed Carr-E, a very portable electric pedestrian assistant, and I sat down with some other writers over lunch to chat with Ford’s Futurist, Sheryl Connelly, about trends around the world and how they can shape the company’s future.

I also had some time to chat with two of Lincoln’s designers about the Navigator concept SUV that was recently unveiled, and what influenced their design.

There were a lot of things to see at the AutoShow, but by far one of my favorite things was Carr-E, and it’s simple enough: it’s because it’s different. As much as I love the AutoShow, a lot of the car companies are mimicking other vehicles, or following the same trends. Cars can be beautiful, but aside from the variety found in concept cars, most cars have to play it pretty safe and they follow a set purpose.

Carr-E on the other hand is different.

It's Canadian International AutoShow media preview day and one of our favorite things is Carr-E from Ford. The device is a prototype of an "electric pedestrian assiatant", and this is creator Kilian Vas driving it around the show floor. #FordCIAS #FordCIAS2017

The mini vehicle, if you will, is broadly simple at the moment: you can stand on it and drive it around a bit like a Segway, or you could put something on it and either have Carr-E follow you, or control the vehicle with an app. The prototype is still very fresh, so it has a fair amount of development ahead, and it’s hard to say what may come of it now, but it’s exciting to see what could be, and wonder what we could see on the street in 5 to 10 years.

Watching Vas zip around the floor on it was also impressive, and it does make me hope there’s a future for the idea. 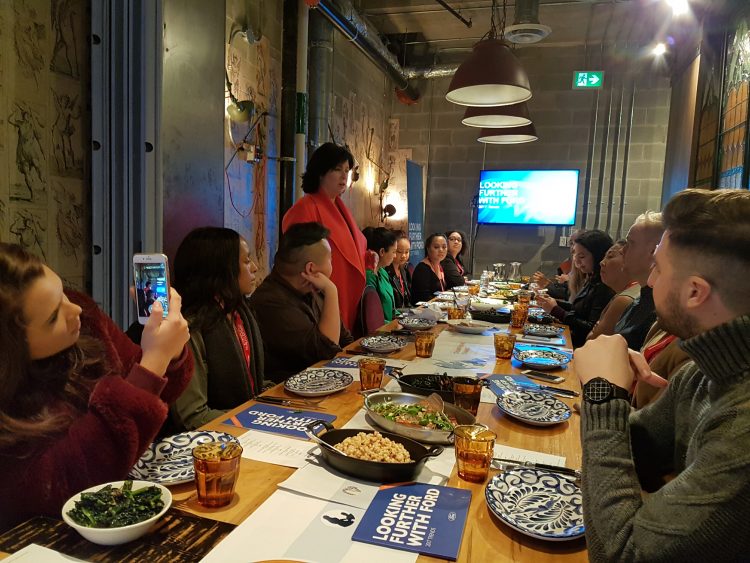 Sheryl Connelly was also refreshing because she’s smart and energetic, and above all, she seems very positive. (The meal at Taverna Mercatto was easy to help make the day a bit more positive too–it was fantastic.) The topics in her trend book, which I’ll get to in another story next week, are fascinating because it’s a snapshot of what people believe in today, and it says a lot about who we are and what we want, including the fact that happiness is more rewarding than status, to many people, and that’s very encouraging if you ask me.

Thursday was also about Disney as well. I had a phone call with writer and director Ron Clements to talk about Moana, the film’s Oscar nomination, and the upcoming Blu-ray and digital release. Clements chatted with me about finding their star, some scenes they had to cut that are on the Blu-ray, and the Oscar contenders as well. I also asked if there were plans already for a sequel, but he said their next goal was a vacation since they’ve been promoting the film for months as it came out in other markets. 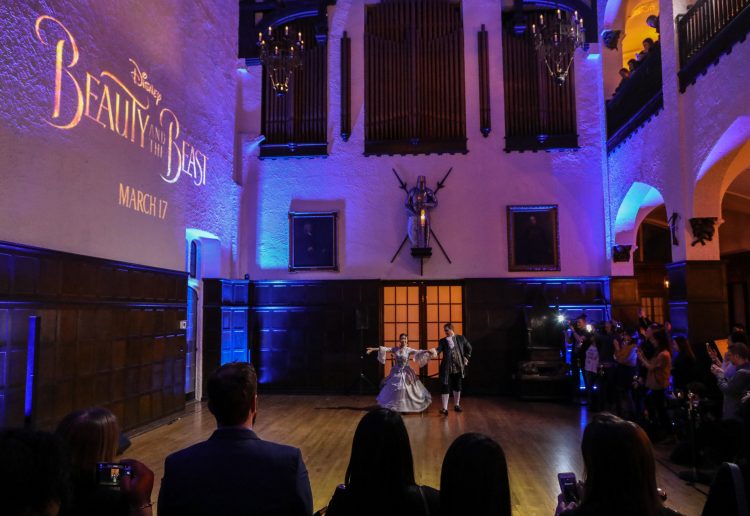 And then there was the special event at Casa Loma with Walt Disney Studios Canada. To promote the upcoming Beauty and the Beast live-action remake, Disney has brought costumes and props to the castle for this Family Day long weekend. Although I had to miss the Logan for the event, it was a wonderful event, and I got a number of photos and some video which I’ll be sharing later today. Most of the advanced time-based tickets are gone for the event, but you may still be able to get walk-up tickets. Check out the Beauty and the Beast event page for more details.

What else is new? Well, a week ago I was on the set of Orphan Black for most of the day with cast members, and for a tour, and to see some props and tidbits from last season. All of the main cast members, including Tatiana Maslany, came out to talk about the final season and saying goodbye to the series, and Innerspace’s Teddy Wilson was our host for the chats.

I can’t share a lot from that set visit, but there are a few photos below for now, and I’ll post the rest when the finale season debuts later this year.

That’s about it for now. There are some more things to talk about, but I’ll have to get another blog entry up soon to cover all of that, plus I’ve got a couple of interviews coming up, more videos on the YouTube channel, and a few features on products I’ve been checking out. 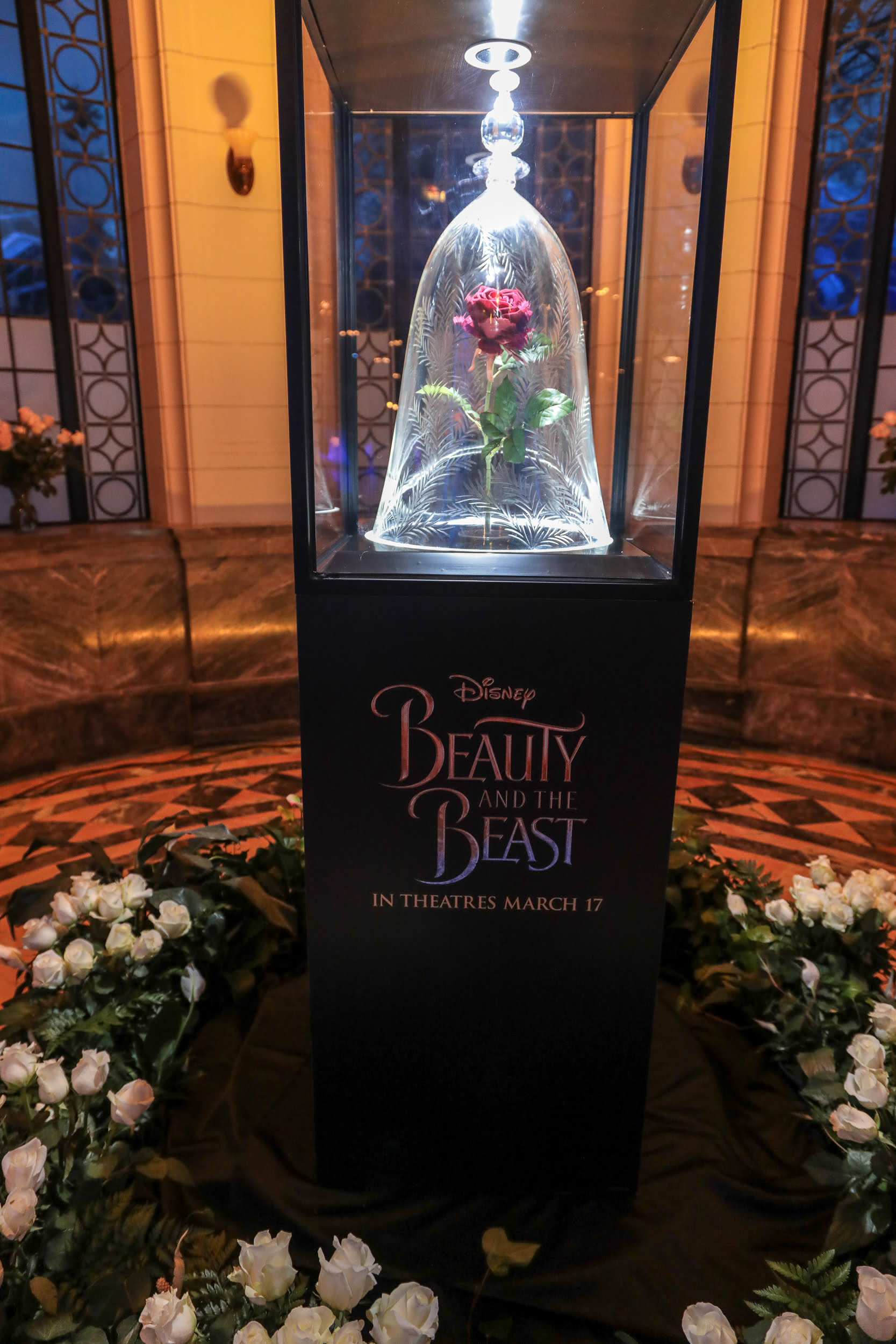 The Rose at Casa Loma 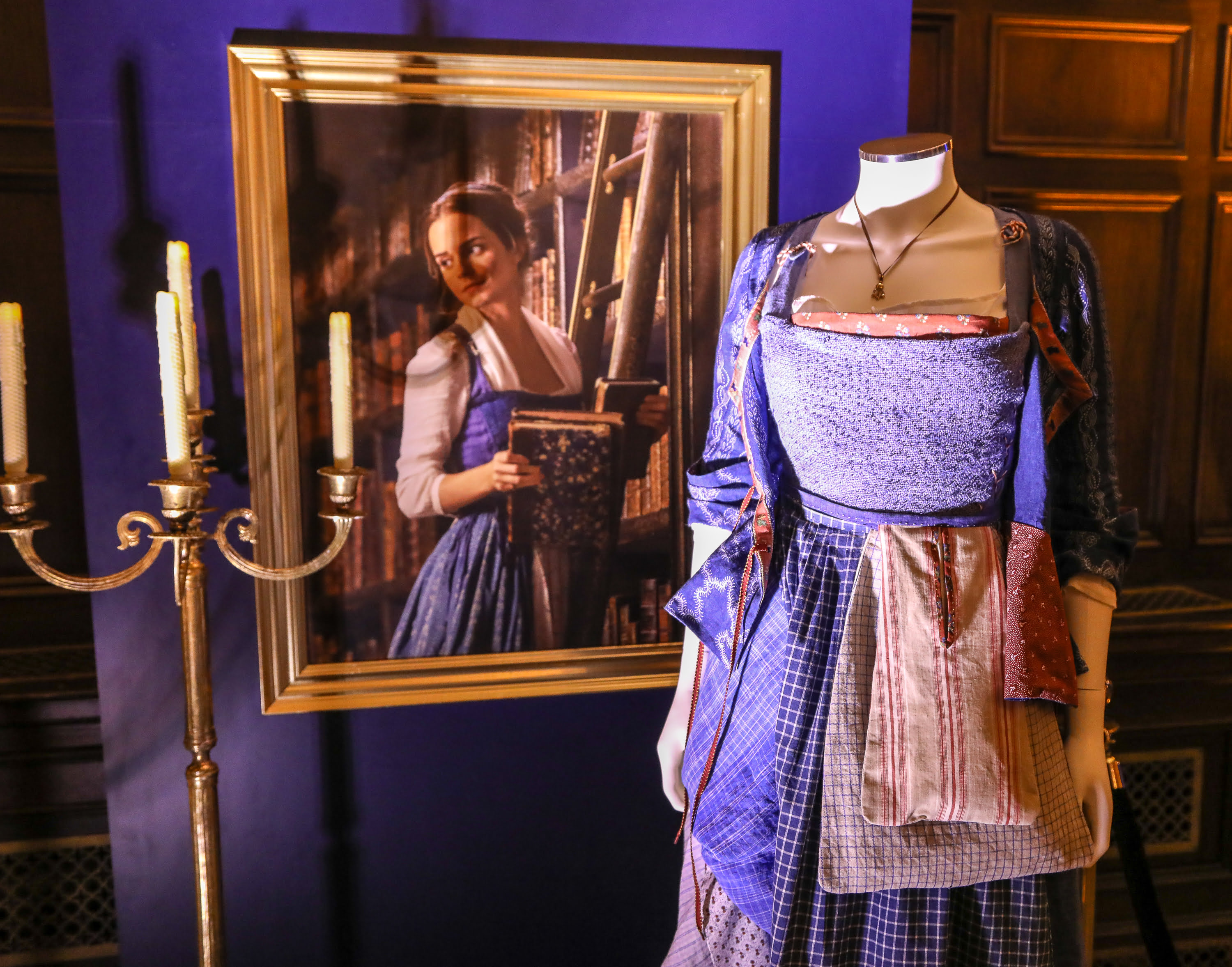 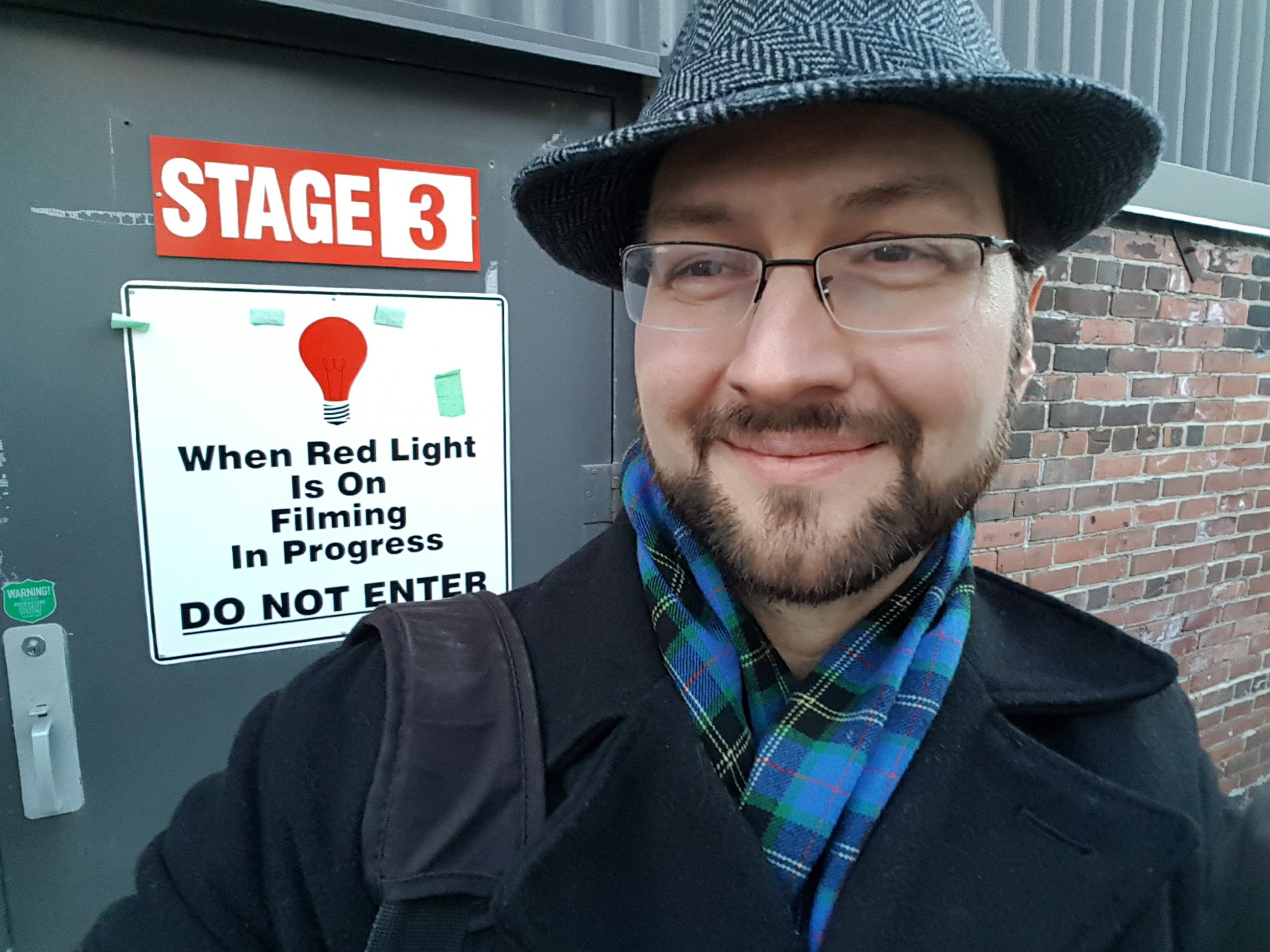 Me on set for Orphan Black 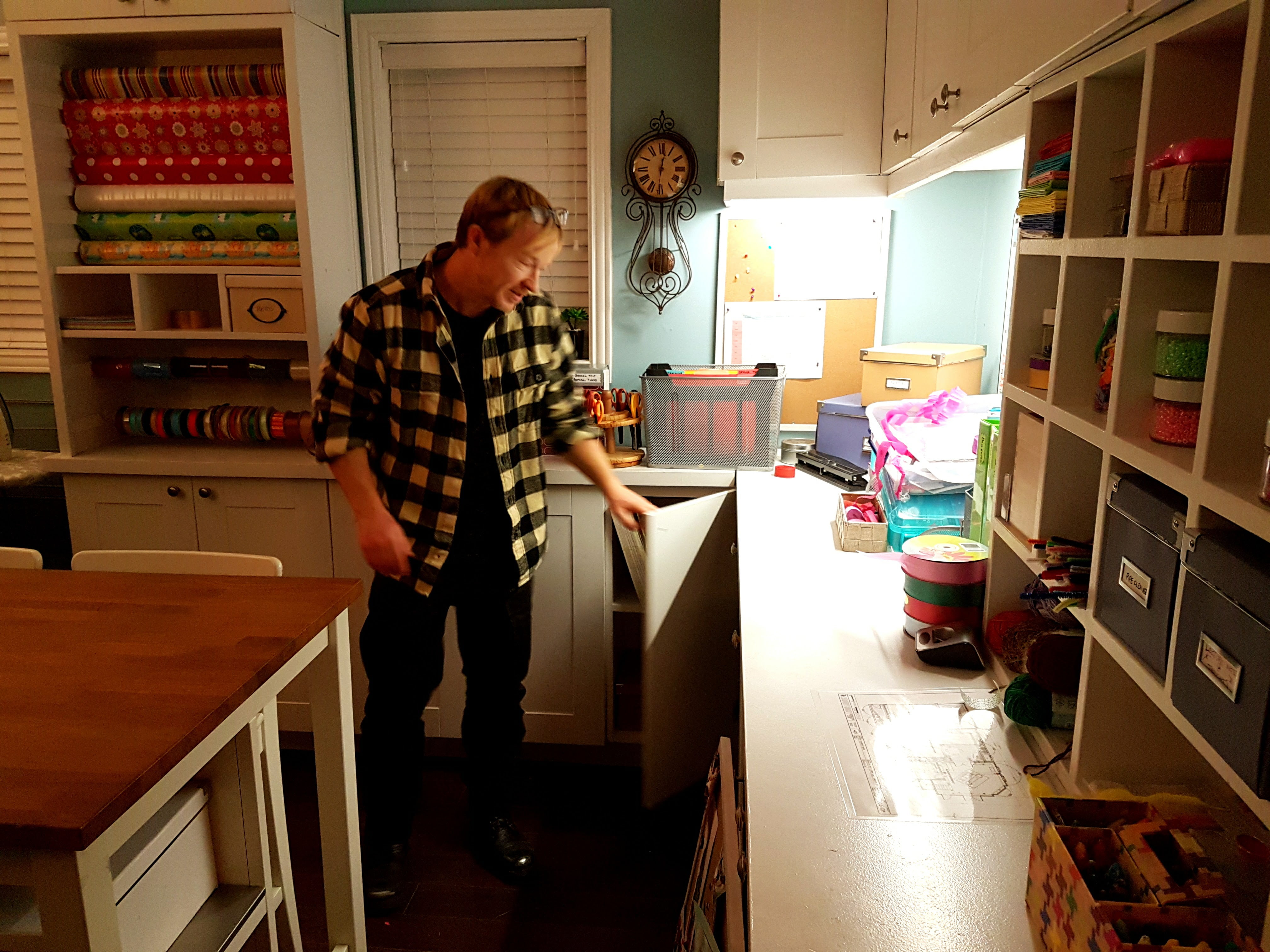 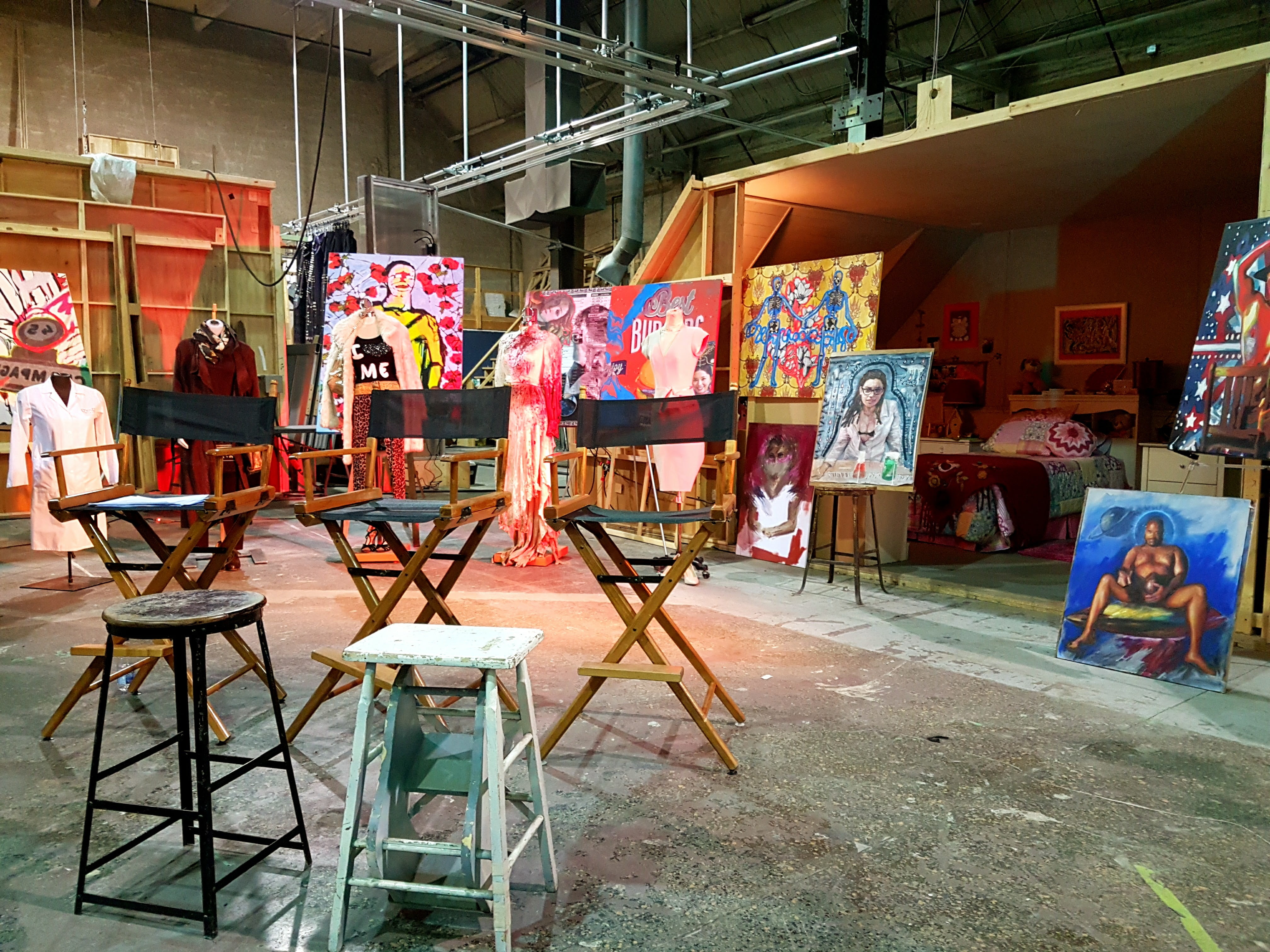 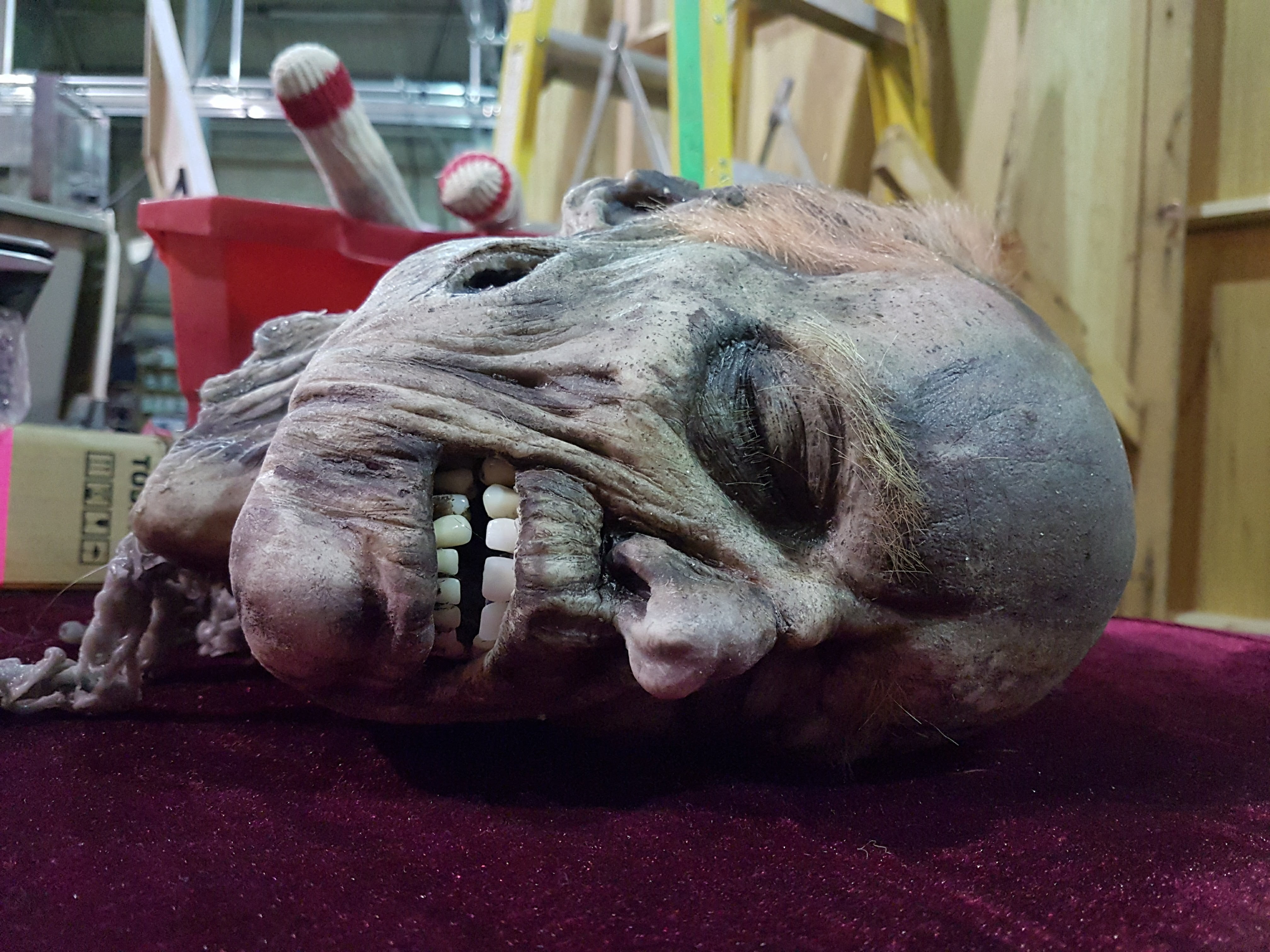 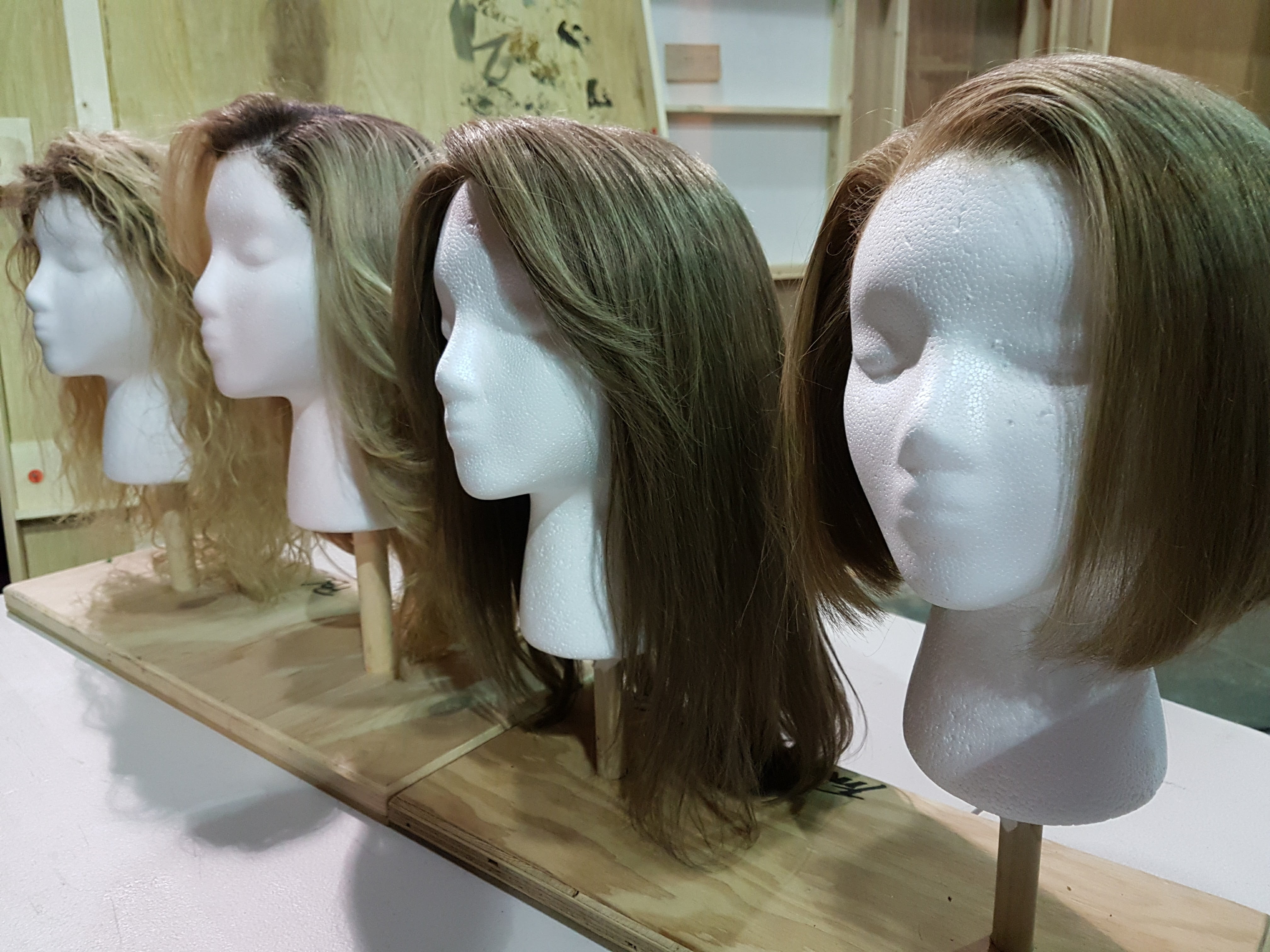 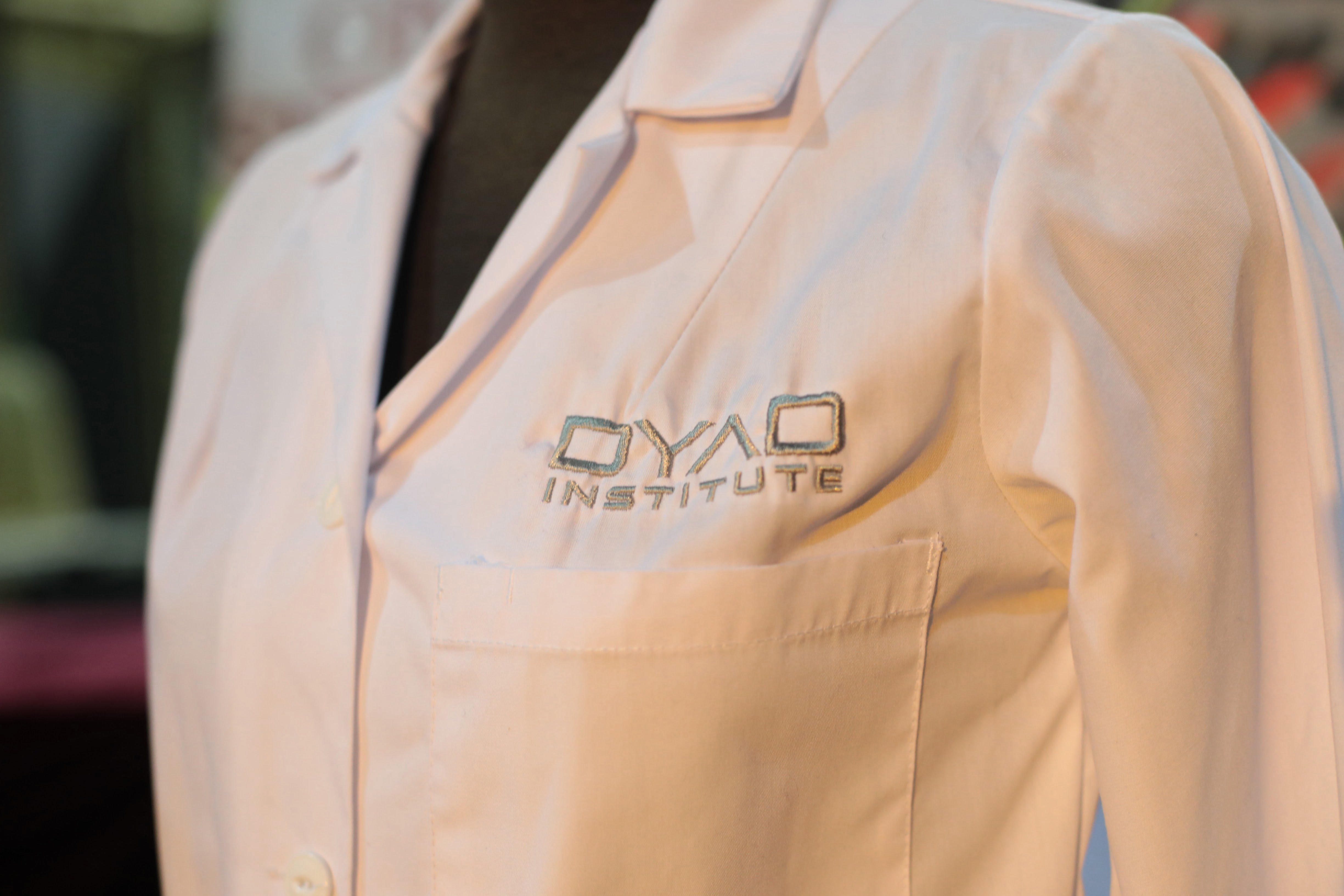 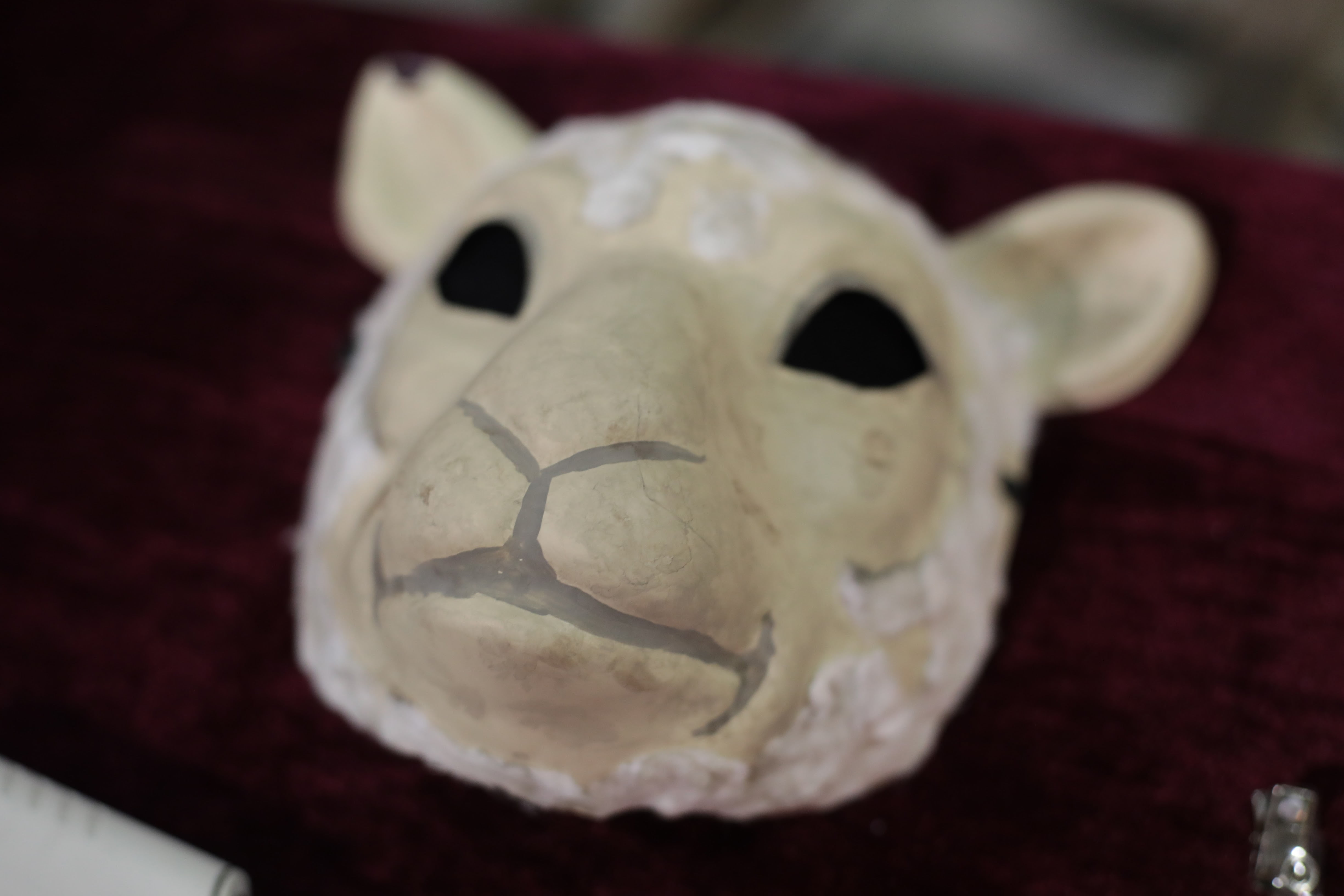