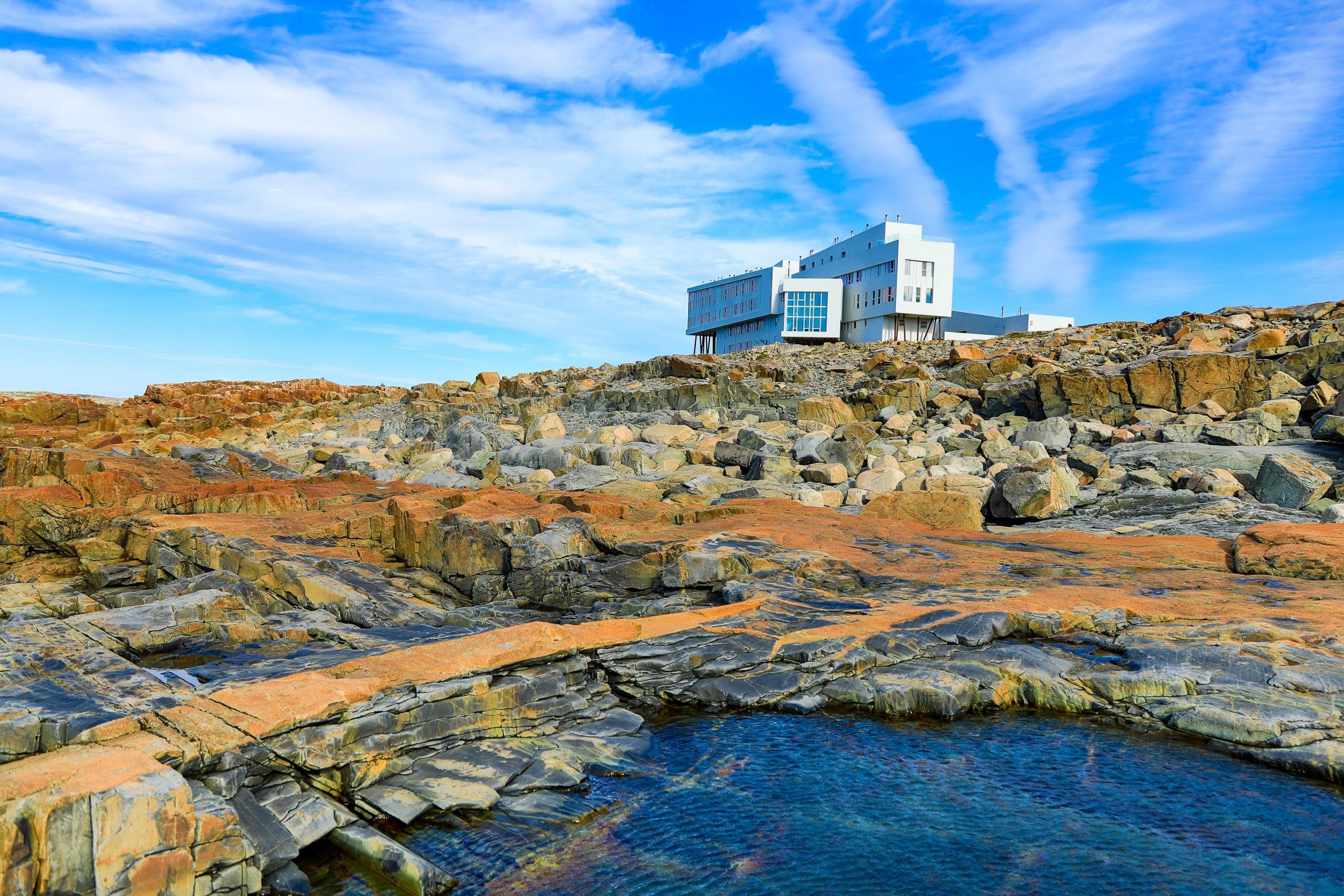 There’s an island on the edge of Canada that’s unlike anywhere else in this beautiful country, and it’s my new happy place. Fogo Island is just a short ferry ride from Farewell, Newfoundland, but it feels like it’s a world away from anything else that you know. The quiet, serene island is a perfect balance of earth and sea, inhabited by kind, welcoming people, and filled with wonders that are often as simple as they are moving.

Last week, Ford flew my wife, daughter, and I to St. John’s, Newfoundland for a trip of a lifetime to celebrate Canada 150 and their #GoFurther150 adventures across the country this year. We were so anxious for the trip that it felt like a long time coming, and at the end of the trip, heading home, it was hard leaving the island behind, but the trip was exceptional. We had never been to Newfoundland before, but we had heard wonderful things. The legend of Fogo Island Inn had definitely preceded it, and it lived up to every expectation.

Ford sent us on this adventure with a 2017 Ford Edge Titanium edition, and we had a day in St. John’s before we drove up and caught the ferry from Farewell, Newfoundland to Fogo Island. In St. John’s we stayed at the small, luxury Luxus hotel on Water Street, which was a perfect start to the trip, before the 5+ hour drive and ferry ride to Joe Batt’s Arm, and the Fogo Island Inn.

Every part of the journey was filled with surprises too. My daughter never expected that we would be taking a ferry that you actually drove your car in to. My wife was surprised at how diverse the small island of Fogo was, in just a few short minutes of driving from one side of the island to another. And I was impressed, and deliciously surprised, at all of the berries growing everywhere–especially the blueberries–that I devoured by handfulls as we hiked near the town of Fogo.

Don’t be surprised though if you feel at home at Fogo Island Inn, because the rooms look a lot like a simple family cottage by the sea. I also always felt welcome and at ease, because the Inn is not pretentious, even if it is stylish, modern, and offers a restaurant that is a gourmet delight. The property proves that an experience can be luxurious and easy going.

I’m working on a larger story about the entire experience, but I really wanted to share some of the details now in the blog. I’m also just a tad excited to share more photos. I shot over 3000 photos between my Canon 5D Mark IV and the Samsung Galaxy Note8, plus about 40 minutes of video footage that I’m cutting into a travel story. If I’d had more time, I probably would have shot even more, but I feel pretty lucky to have captured as much as I did, and for the fact that we got some amazing weather on the island too.

If you’ve never been to Fogo, it’s going to amaze you. The Inn boasts seven seasons, including Berry Season–which is happening right now–and I have no doubt Fogo will make you wish you could spend a little time there for each season, because that’s my wish now that I’ve been there for just a few days. As a photographer, it’s heaven, and the weather and light changes so frequently that it could be a completely different scene every few minutes.

There’s also a lot to love about Fogo Island, and the Inn, but here’s the part that will really surprise you, and should make your stay feel even more fulfilling: Fogo Island Inn is a social business that is owned by the community through a foundation, and all the money that the venture makes goes back into the community. The Inn was developed to serve the community, and grow the arts on the small island, and that’s exactly what it’s doing.

Order of Canada recipient Zita Cobb founded the incredible Inn, and it’s her dream that is coming to life right on those beautiful shores, and if you spend even just a little bit of time there, you’ll feel like you’ve stepped inside a dream too. I think the island affects different people in different ways, but the power of Cobb’s dream is that it’s meaningful to everyone who steps inside, and it will keep on living there for years and years to come.