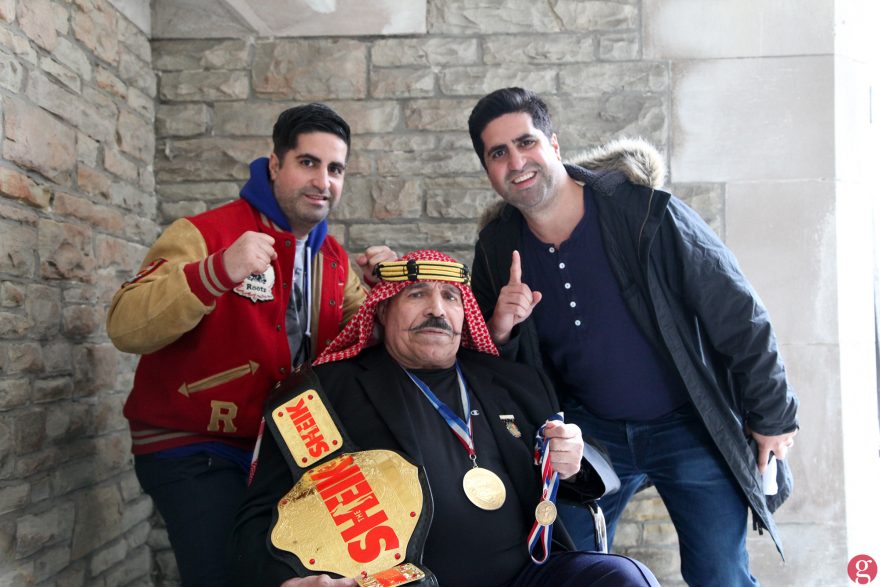 The Iron Sheik is a legend of the WWF wrestling ring, and over two decades he played the part of the villain opposite Hulk Hogan’s shining good-guy routine. Khosrow Vaziri, the man behind the Iron Sheik persona, has a much larger story than playing the heel though, and it all comes out in the documentary, The Sheik.

Thanks to his family friends, producers Jian and Page Magen, Vaziri’s story finally made it on film after years of attempting to create the documentary while the former-wrestler’s tried to get his life together and leave the drugs behind.

Screening at Hot Docs this year, director Igal Hecht explores Vaziri checkered past, and the dark days that troubled him after he left wrestling behind. Between his drug addiction that haunted him until only recently, and the violent death of his daughter in 2003, Vaziri’s life has been troubled for a long time.

Of course, Vaziri puts on the part of the larger-than-life Iron Sheik to this day, which you’ll see in the interview. He’s a character from start to finish, but it’s worth mentioning that the film is a thoughtful look at the man’s life, through his best and worst. While he seems to enjoy pushing people’s buttons, including with numerous comments that get him into trouble, Vaziri is clearly more than just the character he plays, which is why The Sheik is worth a look, particularly for fans.

The Sheik is available for viewing online at sheikmovie.com.

Watch the interview with Khosrow Vaziri, The Iron Sheik: