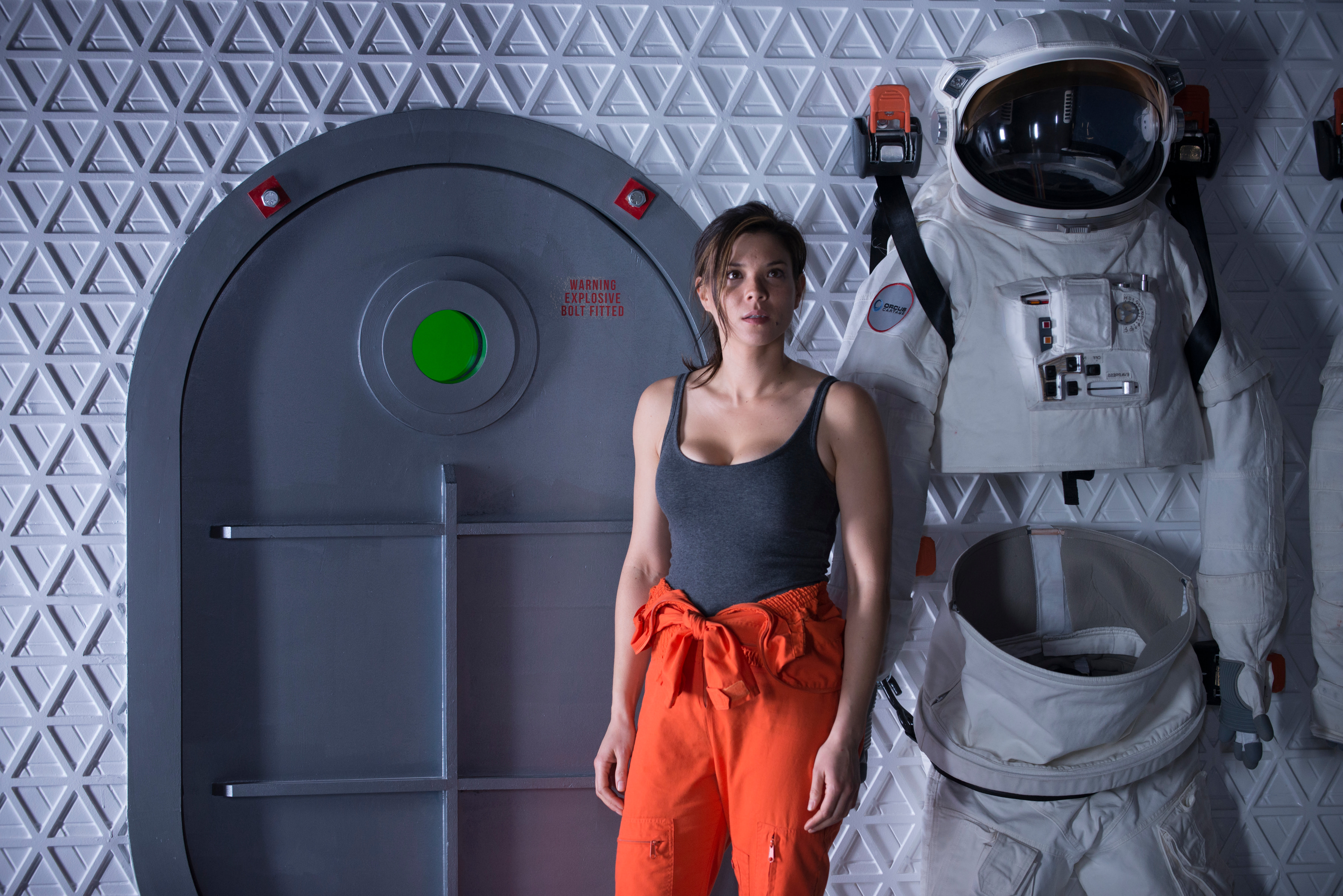 Despite all appearances, and the telling delay in the Canadian release of Debug, I really, really wanted to like actor-turned-director David Hewlett’s latest film.

In 2013, I had the chance to visit the film’s set in Toronto, and I interviewed a few of the stars, plus Hewlett, who was fun, friendly, and passionate about making films, and especially science fiction.

Debug, for all that passion–and even some fairly good special effects on the cheap–recycles a lot of very memorable sci-fi plots though, with some really obvious 2001: A Space Odyssey references that are just a bit hard to ignore.

The story revolves around a crew of computer-savvy criminals that are making amends for their crimes by dropping in on a derelict ship that needs its computer systems debugged. What they don’t know is that the ship’s artificial intelligence has gone mad and is slowly going to pick them off one at a time, space-slasher style. 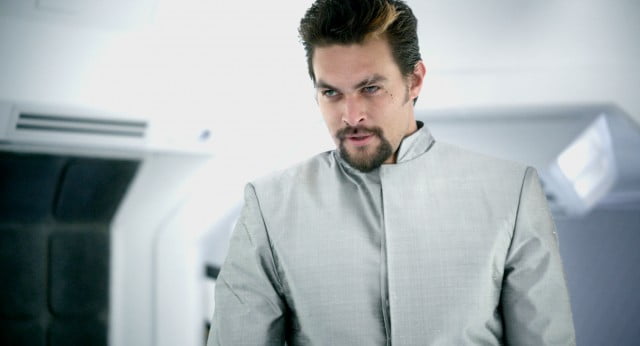 Jason Momoa, of Game of Thrones fame, plays the AI, Iam (har har), with Jeananne Goossen and Adam Butcher playing the two main heroes of the story, who we also happen to get to know the best.

And it’s worth saying that Goossen is kick-ass. Kaida is strong and smarter than your average horror character. She’s not exactly a deep character, but Goossen is convincing and fun in the role.

The story is where Debug flounders the most, and there’s not much in the way of a compelling story here, or even a decent backstory for the cast, but the film excels at showing us a deeply dark, gloomy, and oppressive environment that feels edgy. This environment perfectly brings the slasher reality to space, with some serious melodrama included, right from the opening scene and on. Hewlett adeptly brings the gloom to life, and his team has created a great visual overall, but it’s not enough to make Debug a good horror film, and it’s hard to take the melodrama as much more than pure cheese.

Debug is also morbidly serious, and needed some wit to lighten up the running time.

At it’s best, the film is creepy and a good showing for a director who perhaps needs to work with a better writer. It’s great seeing science fiction being made in Toronto, and especially slasher science fiction, but the film ultimately falls very short of being cheer-worthy, or signaling any sort of hope for more Canadian horror.

Debug is in theatres now in Toronto, Calgary, Ottawa, and Winnipeg.