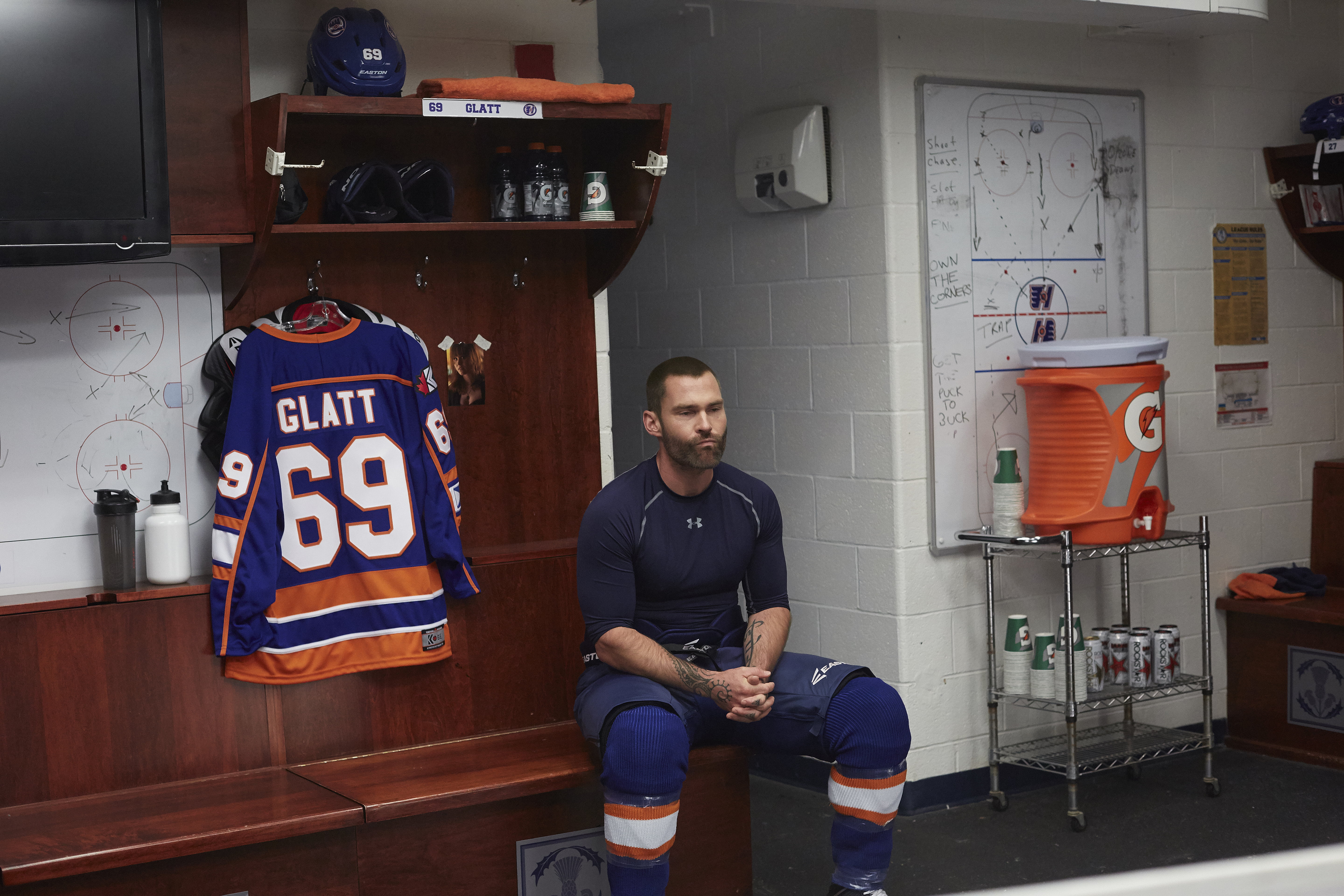 What did it take to bring enforcer Doug “The Thug” Glatt, played by Seann William Scott, back to the ice? The actor sat down with me recently to talk about the hard-hitting sequel Goon: Last of the Enforcers, and it came down to that one important starting point for any film: the script.

Scott was relaxed and we started chatting instantly, which made for a fun interview with the funny star. We were already chatting when the cameras started rolling.

“People have their favorite characters,” Scott said. “People kind of come in to it going, ‘I know these guys. I want to see them again.'”

Speaking of the script, Scott said, “It was just so good–everything in it. I just thought that it did an amazing job. It was a no-brainer for me. Before that I really didn’t want to revisit this character because I felt so blessed to be in the first one, and I didn’t want to ruin everybody’s memory of that because we know that sequels are so hard.”

“And then Jay [Baruchel] and Jesse Chabot just nailed the script,” Scott said, “and then it was like, ‘This makes total sense.’ We have an opportunity to surprise people… because it’s funny, and it’s poignant.”

Scott also talked about learning to fight with an MMA trainer for the film, to try and help make the fight scenes even better for the sequel, and how he’s doing now as a skater these days.

Scott also revealed that he will be working on the Keanu Reeves-produced drama, Green Dolphin next, which will potentially start filming in New York and Nevada as early as April.

Watch the video above to hear what Scott had to say about working with the cast again, and then head over and watch Andrew Parker’s interview with director Jay Baruchel.

Goon: Last of the Enforcers opens in theatres today.