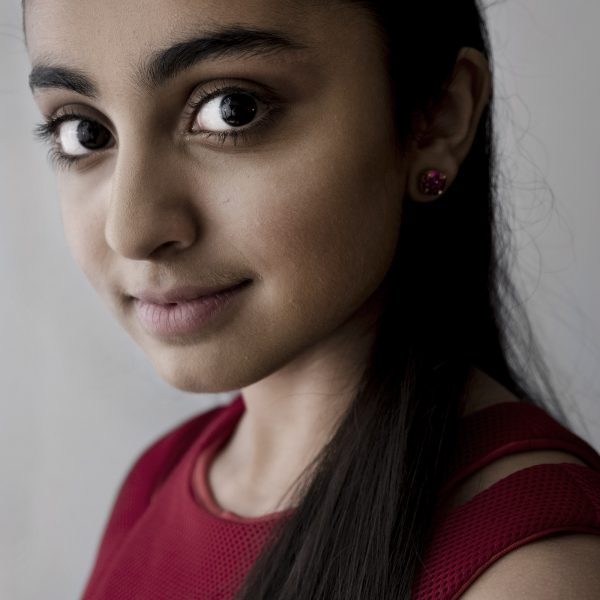 Saara Chaudry is just 13 years old, but she’s already got the charisma and intelligence of an actor twice her age, which might be why director Nora Twomey chose the young star to play Parvana in the animated adaptation of The Breadwinner.

Sitting down to speak with Chaudry about the character, the actor spoke about her love of the story, and how she first fell in love with the character when she was 9 years old.

“I’ve been an activist and I’ve been passionate about Women’s rights and human rights,” Chaudry said, “and to be able to play such an incredible character, who clearly expresses her feelings, and feels passionately–she’s not afraid to speak her mind, and she’s very courageous I’d say–I think it’s incredible that I get to play a character like that.”

“Those [are] attributes… I look up to, and I always want to emulate [her] and be that type of person.”

Chaudry spoke about the challenges of doing an animated film, but she also said she found it very creative and freeing. “You can let your imagination go,” she said, “and let it run, and do whatever you like.”

“I’m so excited for everyone to see it and watch [the film], and bring their children,” Chaudry said. “It will spark conversation, which is so important, and I think everyone will learn a lot from it.”

The Breadwinner opens in Toronto this November.

The GATE’s Interview Lounge at TIFF 2017 is presented by Hamilton Watch. Photo by Rick McGinnis.