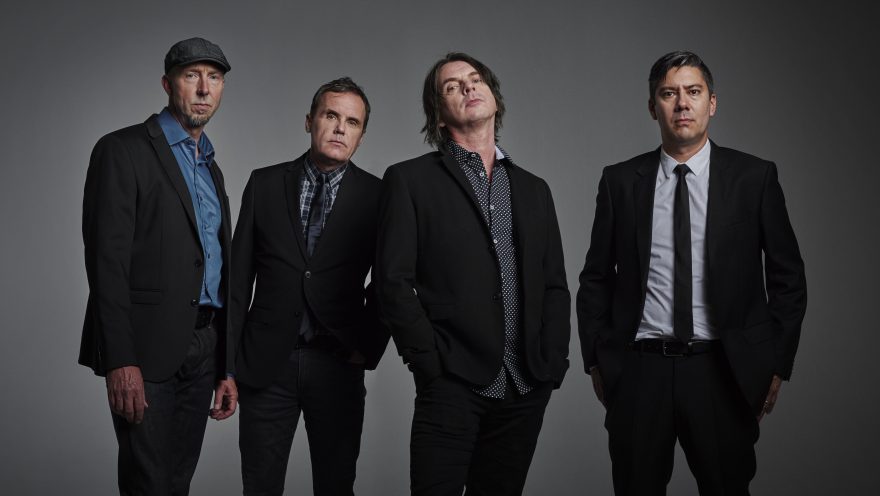 54-40 have been one of Canada’s longest-running bands, and to celebrate their 38th year together, they have a new album, Keep On Walking, and a new single, “Sublime Like Me”.

“‘Sublime Like Me’ is a love letter to the British Dark Wave bands of the 80s that we love. The original demo of the song was fully-formed and identical in arrangement to the finished master, but Gavin Brown’s production craftily modernized the track, while still nodding to its influences.”

54-40 are singer and guitarist Neil Osborne, bassist Brad Merritt, drummer Matt Johnson, and guitarist Dave Genn, and the single is already one of their favourites to perform.

“We’ve played the song live a few times and it’s already evolving,” Brad Merritt said. “I think it has the potential to become a staple of our live shows well into the future.”

And some of the changes for the band have also come in the form of how they’re releasing their music too.

“The record industry has changed a lot and we are back to the old days–the really old days of Mozart and Bach and Beethoven–where artists need patrons to be able to do things,” Osborne said. “The Internet certainly helps but it’s nice to have someone in your corner help out. Michael [Wekerle, behind the new El Mocambo Entertainment imprint] has been a fan of the band for a long time, and his commitment to music is hugely valuable to all of us.”

54-40 are on tour now, with dates across Canada including the Commodore Ballroom in Vancouver on October 11 and 12; the Horseshoe in Toronto on December 5, 6 and 7; and dates around Ontario in January.