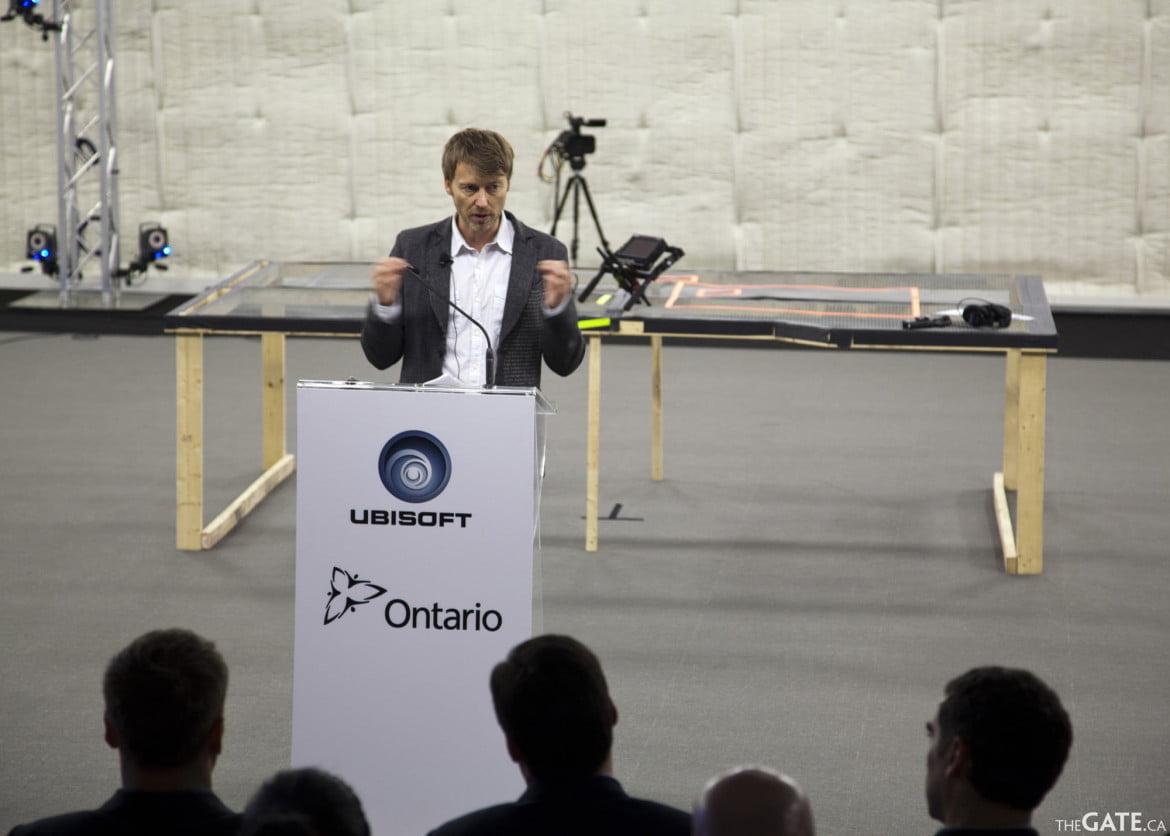 Thanks to our talented filmmakers, locations, and studios, Toronto has become a major destination for film production, but game development is starting to be a big deal as well, and that is at least partially thanks to Ubisoft Toronto’s new state-of-the-art performance capture studio that is now being used to develop Splinter Cell Blacklist.

Revealed at an event that brought media together with representatives from Ubisoft, and Ontario’s Minister of Economic Development and Innovation–the Honourable Brad Duguid–the press event showed off the impressive new technology being used at the studio, and how it will shape the company’s next titles.

The 2000 square foot space–which is referred to by its volume, due to the need for large performance spaces–includes an impressive 80 high resolution cameras, full sound stage audio equipment and computer controls, rigging beams for heavy equipment, and wireless helmet cameras for capturing facial expressions that can be synched in real-time with voice and body movements.

In describing the studio to media, Ubisoft used terms that would be familiar to the film industry, which is appropriate since the performance capture process will blur the line between the live performances that they can now capture and the digital game production that creates an immersive experience for players.

Splinter Cell Blacklist director David Footman also explained how the performance capture studio will allow game directors like himself to “shoot” a scene using a virtual camera, although he also noted that this technology is still being developed.

Beyond the fact that the performance capture studio will create work for actors in Toronto, Ubisoft Toronto and the Ontario Government are also touting the space as a learning environment for students in the game development field. An arrangement with Sheridan College means that students will be able to do research in the field using this advanced technology, which could lead to more advancements in game development, and a multitude of talented game developers ready for more work.

Once Splinter Cell Blacklist has been completed, the Ubisoft Toronto team will go on to contribute to other game projects for other Ubisoft studios from around the world.

Watch the videos from the media announcement below.

Early renderings of the performance capture