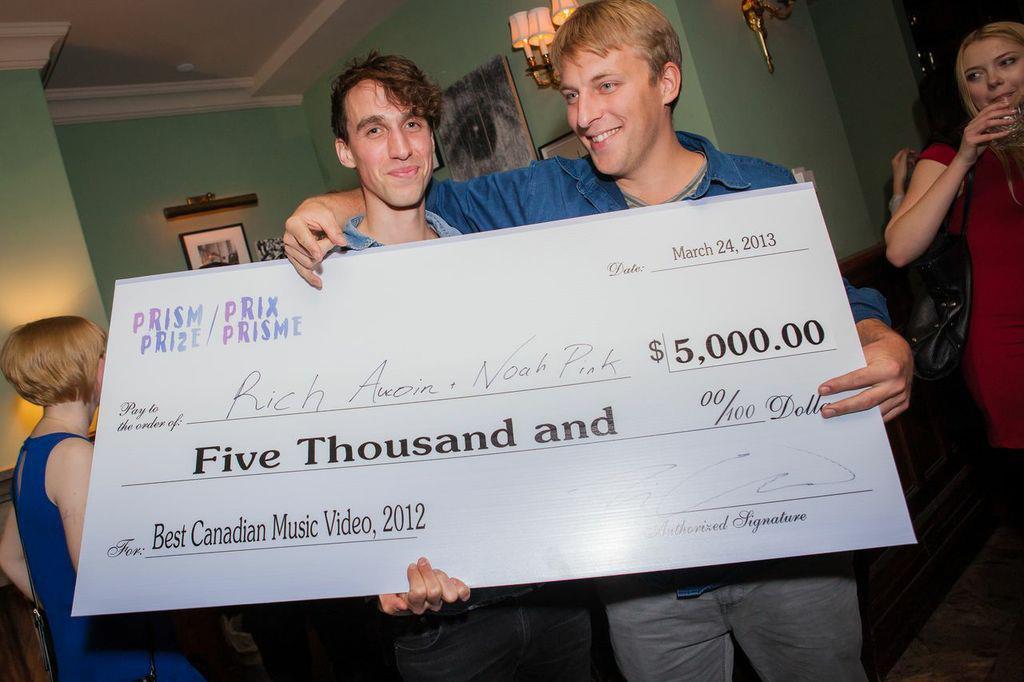 In its inaugural year, the Prism Prize, honouring the best music videos in Canada, announced on Sunday, March 24, that Halifax’s Rich Aucoin and director Noah Pink took the top prize for 2012, earning $5,000 for “Brian Wilson is A.L.i.V.E.”.

“It was an extremely close race,” Prism founder Louis Calabro said, “but in the end, Pink and Aucoin‘s video landed the most votes. The video has a simple and smart concept and the tone is fun and frantic and that clearly resonated with our jury.”

During the reception at the Soho House in downtown Toronto, other awards were given out, including the Prism Prize Audience Award, which went to Montreal’s Arcade Fire and director Vincent Morisset, based on a public-poll, for “Sprawl II”.

The Prism Prize is already beginning to plan for next year. For more on the award and winners, head over to www.prismprize.com.