Elvis Presley fans may not be so happy when they see Bubba Ho-Tep, a film that stars the incredible Bruce Campbell as the supposedly late, but great King of Rock n’ Roll. The twist is that he’s alive today and living in an old-folks home in Texas after he gave up his life to an impersonator, one Sebastian Haff (who is also played by Campbell). Once Haff dies though, Elvis is left to live Haff’s life – too bad for him that while he’s impersonating himself, he throws out his hip and ends up in a coma.

The real trouble comes in the present, after Elvis has woken up from his coma, when he finds himself attacked by a giant beetle. That’s where his friend Jack (played by Ossie Davis), a black man who thinks he’s J.F.K., comes into the game with some information. He thinks that a long-dead mummy has managed to find himself in Texas and he’s preying on the souls of the people living in the retirement home. 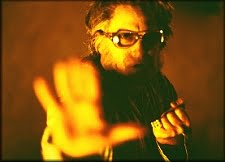 Sounds crazy, right? Well, it is… it’s all the fun of any of Campbell’s best films, but with a whole load of very emotive material on how Elvis would feel about life today if he was alive and yet unable to be near his daughter and still upset about the life he led.

That’s not to say that this is some kind of serious dramatic comedy. No way. Instead, it neatly brings elements of horror and comedy into a package that includes lots of character development that starts long before any of the real action begins. It’s a brilliant concept and with director Don Coscarelli, Campbell and Davis capture the story and run with it. 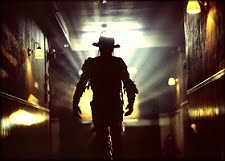 Of course, the script is a brilliant piece of the film’s easy charm. It’s full of wit and wisdom that truly captures a piece of Elvis’ life, and even though the plot isn’t intricate or really mesmerizing, it’s still very entertaining. Campbell also gets all of the best lines, and once again deliver’s every comic gem with his classic dead-pan humor and wit, my personal favorite being, “Never, but never, fuck with the King.”

However, if you strip everything else away, Campbell is really the reason this is such a good film. Look at every other film he’s done and you’ll see some great performances, but as Elvis, he delivers the best of everything. He makes Elvis really seem flesh and blood, while still keeping the role funny and somewhat ludicrous. His chemistry with Davis is also amazing as they discuss the occult, chocolates, and of course, what life means to two people that everyone thinks are dead. 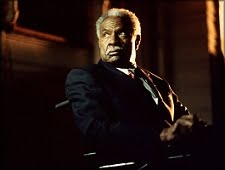 So, is there a reason you shouldn’t see the film? Well, some Elvis fans won’t like the stories that he tells or half of what he says about the strange growth that he has on his penis, but, this really is an odd kind of biographical film on Elvis. He talks about some of the mistakes of his life, what he wishes he had done differently, but, it’s still an delightful kind of slap-stick horror film that has old men fighting mummies in the dark and wacking giant bugs with bed pans.

My only complaints might be that the story seems a bit slow at points, but I also wasn’t too impressed with the climactic ending that closes things up nicely (and maybe even leave a tear in your eye) and yet doesn’t have quite a big enough budget to make the final battle big enough to make you feel like it all ended right.

Never mind that though, it’s not really important enough to hurt the film, because with Campbell as Elvis, in his best role ever and in a film that deserves international success (and obviously distribution), nothing should stop you from running out to see this film. 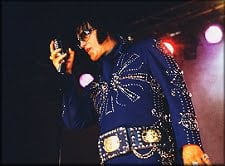