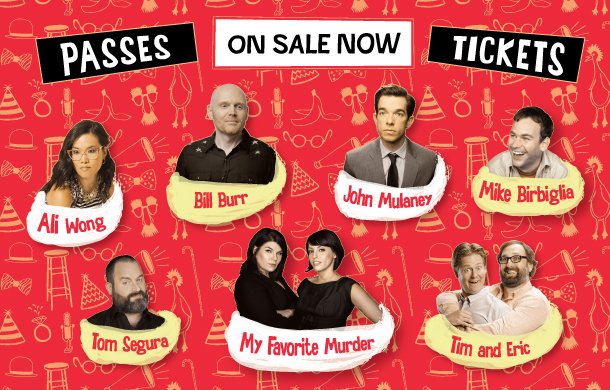 JFL42 is about to hit Toronto and the lineup is better than ever.

With so many comedians about to hit the city we thought it would be fun to highlight two very notable comedians and check out what they had to say about life and their acts. 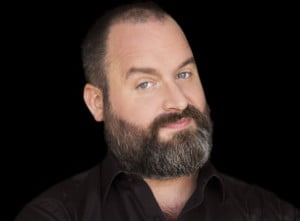 A Cincinnati, Ohio native, Tom Segura has been making people laugh for as long as he can remember.

He’s got not one but two comedy specials currently streaming on Netflix (Completely Normal and Mostly Stories) and tours the world with his unique brand of comedy that features relaxed and relatable storytelling.

To say that comedy is his life is an understatement. Segura is married to to comedian Christina Pazsitzky and last year the couple had their first child. When not on the road Tom and Christina host the podcast Your Mom’s House. In 2012, in the first annual Stitcher Awards for on-demand radio and podcasts, Your Mom’s House was nominated in the Best Comedy category along with SModcast, The Adam Carolla Show, The Joe Rogan Experience, The Nerdist Podcast, and WTF with Marc Maron.

Click here to buy tickets to see Tom Segura in Toronto at JFL42 on September 30th.

I spoke with Tom Segura about his comedy, his new son, working with his wife and much more at the Montreal JFL Festival in July. 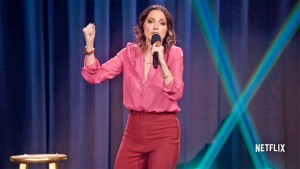 Jen Kirkman is straight up funny! She’s been making her family laugh since she was a little girl and thought why not unleash her comedic talents on the world.

Kirkman performs stand-up comedy in Los Angeles, California, appearing regularly at the Hollywood Improv, The Laugh Factory, Largo, and The Upright Citizens Brigade Theatre. She has performed with comedians Maria Bamford, Greg Behrendt, Mike Birbiglia and Chelsea Handler. In 2009 and 2010, she performed as part of the Comedians of Chelsea Lately. She has made appearances on several American television shows, including performances on Conan, The Late Late Show with Craig Ferguson, Late Friday, Premium Blend and Special Sauce.

Kirkman has made several appearances on The Crabfeast podcast, which is hosted by comedians Jay Larson and Ryan Sickler. She also appeared regularly on the monthly Pod F. Tompkast podcast and produces I Seem Fun: The Diary Of Jen Kirkman, her own weekly podcast.

In 2009, Entertainment Weekly named Kirkman one of the “Top 12 Rising Stars in Comedy,” and in May 2010, both MSN and The Huffington Post named her one of the top comedians to follow on Twitter. She cites her comedy influences as Joan Rivers, Howard Stern, Roseanne Barr, Morrissey, and Sam Kinison.] As an eight-year-old, she would sneak over to a friend’s house to watch Sam Kinison and George Carlin comedy specials on HBO. “

Jen has two Netflix specials, “I’m Gonna Die Alone and I Feel Fine” named one of the best specials of 2015 by The Atlantic & NY Magazine. Her latest Netflix special “Just Keep Livin’?” came out in January 2017.

Doing stand-up isn’t the only thing that keeps Jen Kirkman busy. She’s a New York Times Best-selling author of two books, “I Can Barely Take Care of Myself” and “I Know What I’m Doing & Other Lies I Tell Myself.”

Her television stand-up appearances include being a five-time narrator on Drunk History, regular appearances on Chelsea Lately, @Midnight, Conan, and The Late Show with Stephen Colbert.

I spoke with Jen Kirkman at the Montreal Just For Laughs Festival in July about where her comedy comes from, insecurity, and how family plays into her act.