TIFF 14: Colin Geddes on the mysteries & revelations of Midnight Madness 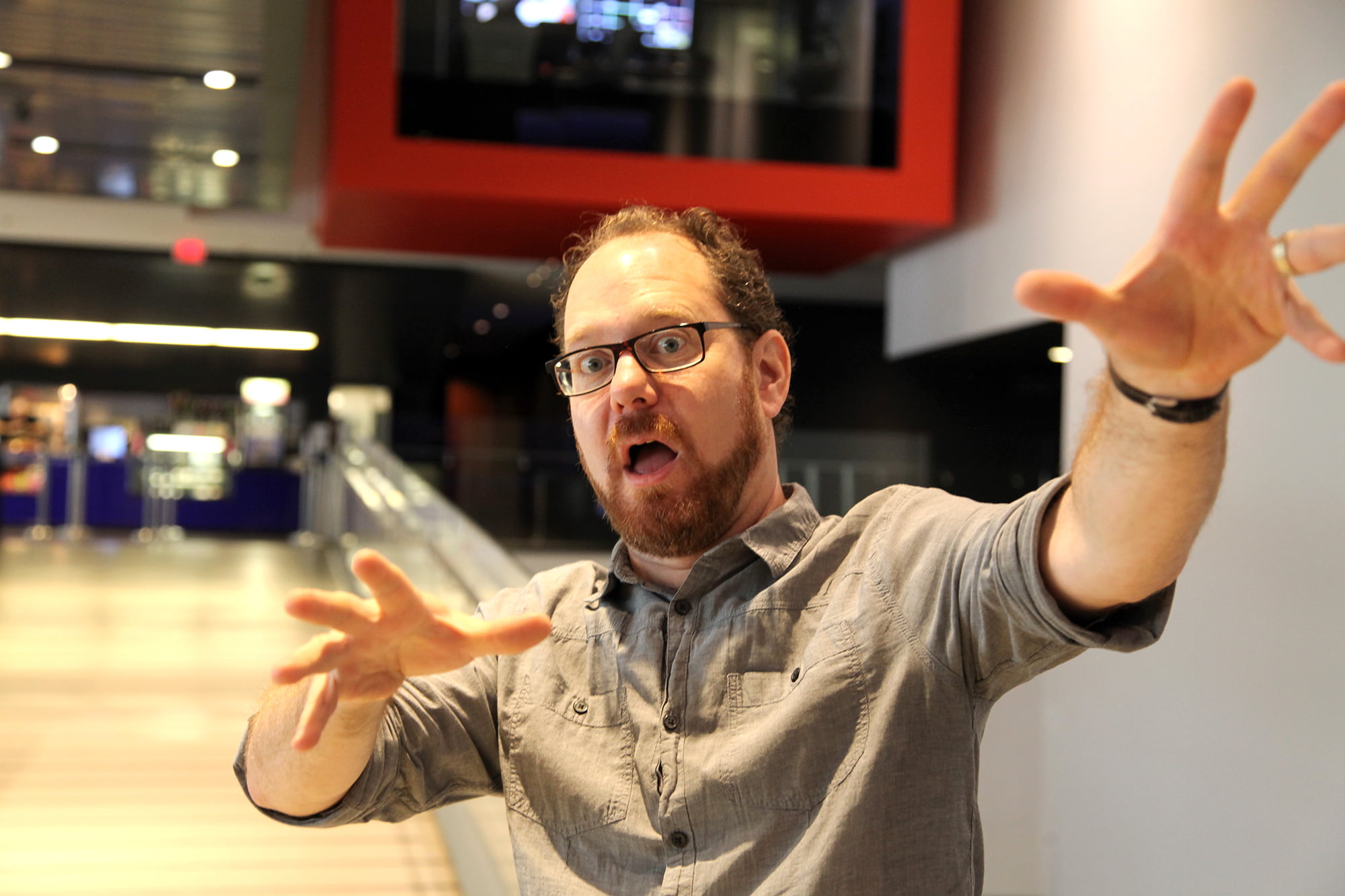 Midnight Madness is in a realm all to itself, and Toronto International Film Festival programmer Colin Geddes has been visiting that reality since before he realized he would ever end up involved in the festival. Geddes credits the program, and the festival at large, as his “film school” that ended up training him to become a programmer–a role he never imagined for himself when he went to the first-ever Midnight Madness in 1988.

For the novices, Midnight Madness is TIFF’s film program aimed at fans of action, horror, fantasy, and the weird or surreal. A few of this year’s selections include: It Follows, a film about a sexually transmitted haunting; Tusk, Kevin Smith’s comedic horror movie about a podcast host who goes mad once he crosses the border into Canada; and Big Game, about a 13-year-old survivalist who has to save the American president when he crashes in the middle of nowhere.

Films in the program debut, starting on September 5 this year, at 11:59 each night, with stars walking the red carpet at Ryerson Theatre, and fans lining up around the block for the latest eye-full of bloody, kick-ass cinema.

“It baffles me, how I got to this position as a programmer,” Geddes said. “I was born in Toronto, grew up outside of Toronto–closer to Kingston in a very small village. This was back in the day when it was like rabbit ear antennas on TV. There was no such thing as VCRs, there was no such thing as cable television. You would have to go to watch a movie in a movie theatre, stay up late to see it on TV, go to a drive-in.”

“And, so, I’ve always liked strange and odd films, [I] moved to Toronto for college in 1988, and stood in line for the first year of Midnight Madness. So I started with TIFF as an audience member, and I look at Midnight Madness for the novice as a gateway drug to the festival experience. ‘Okay, you like horror films, well, watch this,'” Geddes said.

“Well, then, look at what the rest of the festival has to offer, because there’s even more of that outside of Midnight Madness.”

“So, every year,” Geddes continued, “I started to see more and more films. Like, the first line of attack would be the Midnight Madness films, but then I started to see films in other selections… TIFF was essentially my film school.”

“One of the big revelations to me was seeing my first film from Hong Kong. Like, my first real Hong Kong action martial arts film, and that changed my life. That how’s I got introduced to John Woo, Jackie Chan, Chow Yun-fat. Just went down a rabbit hole, went to Chinatown and watched as much stuff as I could. And that’s all thanks to coming to TIFF.”

During the 30-minute interview with Geddes, he talked about selections for this year’s festival, the differences and similarities between the Vanguard and Midnight Madness programs, more about how he came to be a programmer, and in the last segment, how he picks films for the festival each year.

Watch all three segments from the interview below, and stay tuned to The GATE for ongoing TIFF 2014 coverage.

Part 1 – A primer to Midnight Madness:


Part 2 – Becoming a programmer for TIFF: