Treats and brews at Quintelicious and Quinte Craft beer festival 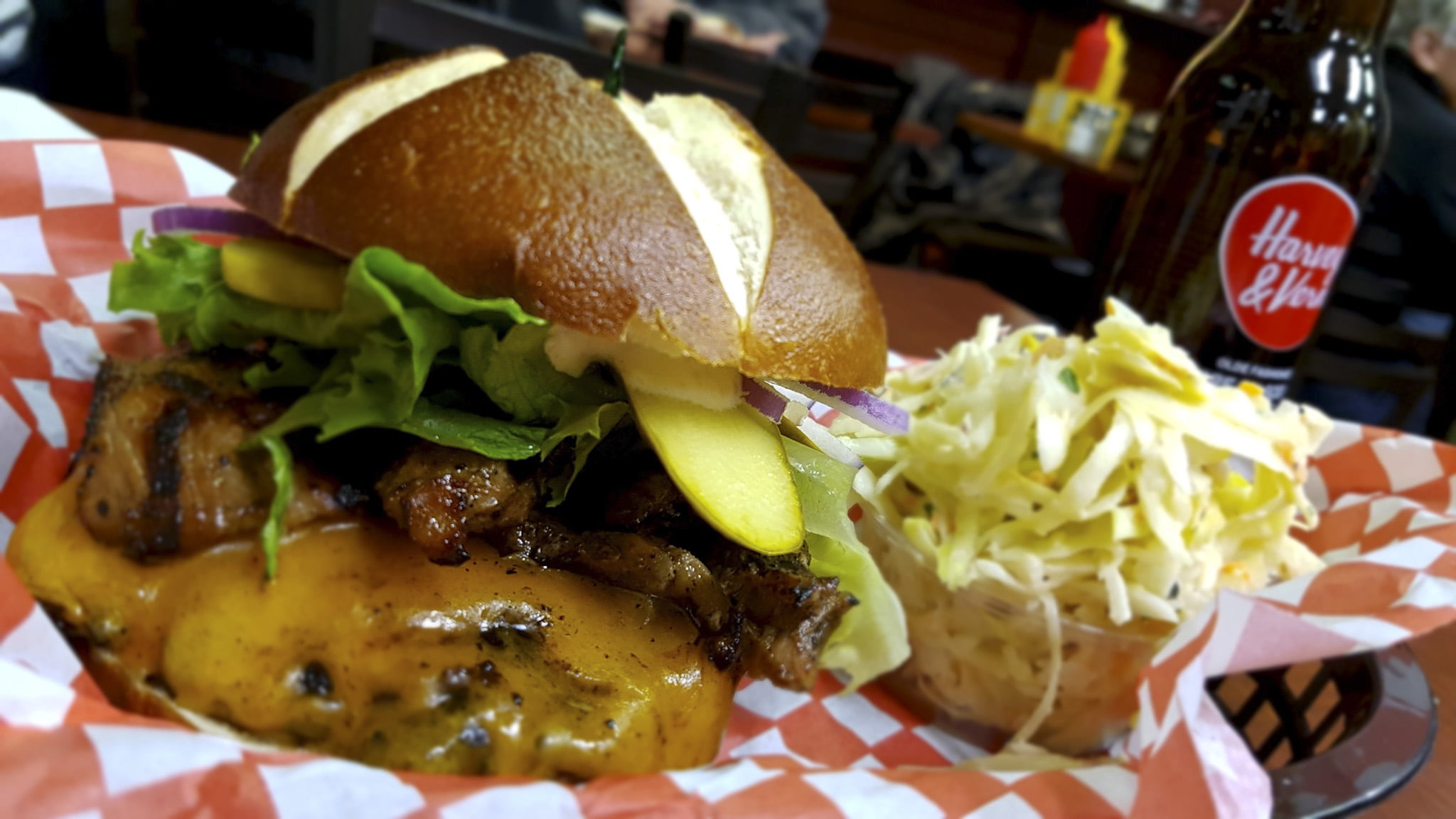 The first ever Quinte Craft beer festival was a big hit, drawing hundreds to Belleville’s Empire Square to sample local brews, wines, and food this past weekend. The event was such a big hit that a second festival is already in the works for later this year, and that’s just one element of the Bay of Quinte’s Quintelicious food festival, which runs until March 20, with local restaurants in the area offering prix fixe menus ranging from $13 to $35 for lunch or dinner.

Quinte Craft: Beer by the Bay was a fantastic opportunity to taste some exceptional brews by a number of local and regional brewers, including Church-Key Brewing, Highlander Brew Company, The Publican House, Railway City Brewing, Wild Card Brewing, and a few local wineries as well.

But let me back up a little bit, and take you through the whole weekend in the Bay of Quinte.

We started our adventure in Belleville on Saturday morning with a quick trip to Donini Chocolate (335 Bell Boulevard, Belleville), and I was completely impressed.

Although you could walk through the entire room in less than a minute, Donini has an impressive amount of kinds of chocolate in their store. Every corner of the store has surprises: fun chocolate treats of all shapes and sizes, truffles, chocolate bars, and because it’s so close to Easter, bunnies and eggs too. 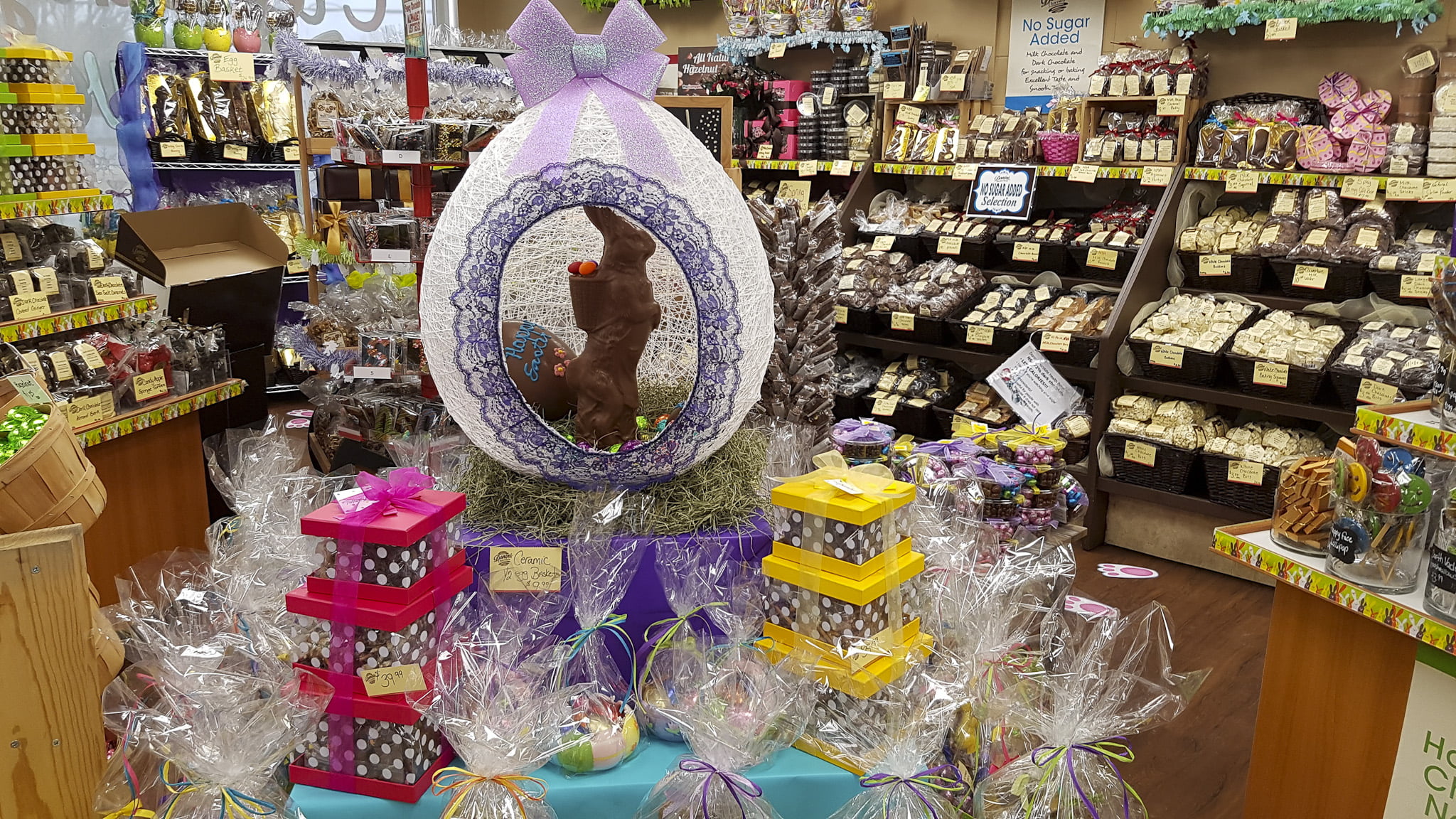 The treats are incredible, and they are ten times better than anything you would buy from big chocolate companies. The other surprise though is that the prices are very, very good. A chocolate bar that would cost more than $5 in a store was between $2 and $3. A bag of chocolate-covered espresso beans was $5.

With our bag of chocolate safely packed away, after some sampling, we went down to Jane Forester Park for a walk, which was beautiful, especially since the mist was clinging to the still frozen lake.

The area must be gorgeous in the summer when the boats are in and the park is bustling, but it was serene as we strolled around, and it was a great way to experience the other side of the city.

Heading to the Quinte Craft festival at the downtown square, we nibbled on snacks from the vendors, and I tried a few of the ales and lagers. Church-Key’s Holy Smoke Scotch Ale was totally unique, with its smoky, peaty, chocolaty flavours that almost reminded me of Scotch, but my favorite was their Irish Red Ale, which is a little creamy and sweet, but very refreshing.

Square Nail Pale Ale by Publican House was a close second, with its India Pale Ale-like qualities, and a nicely firm bitter finish that was nutty but fresh. 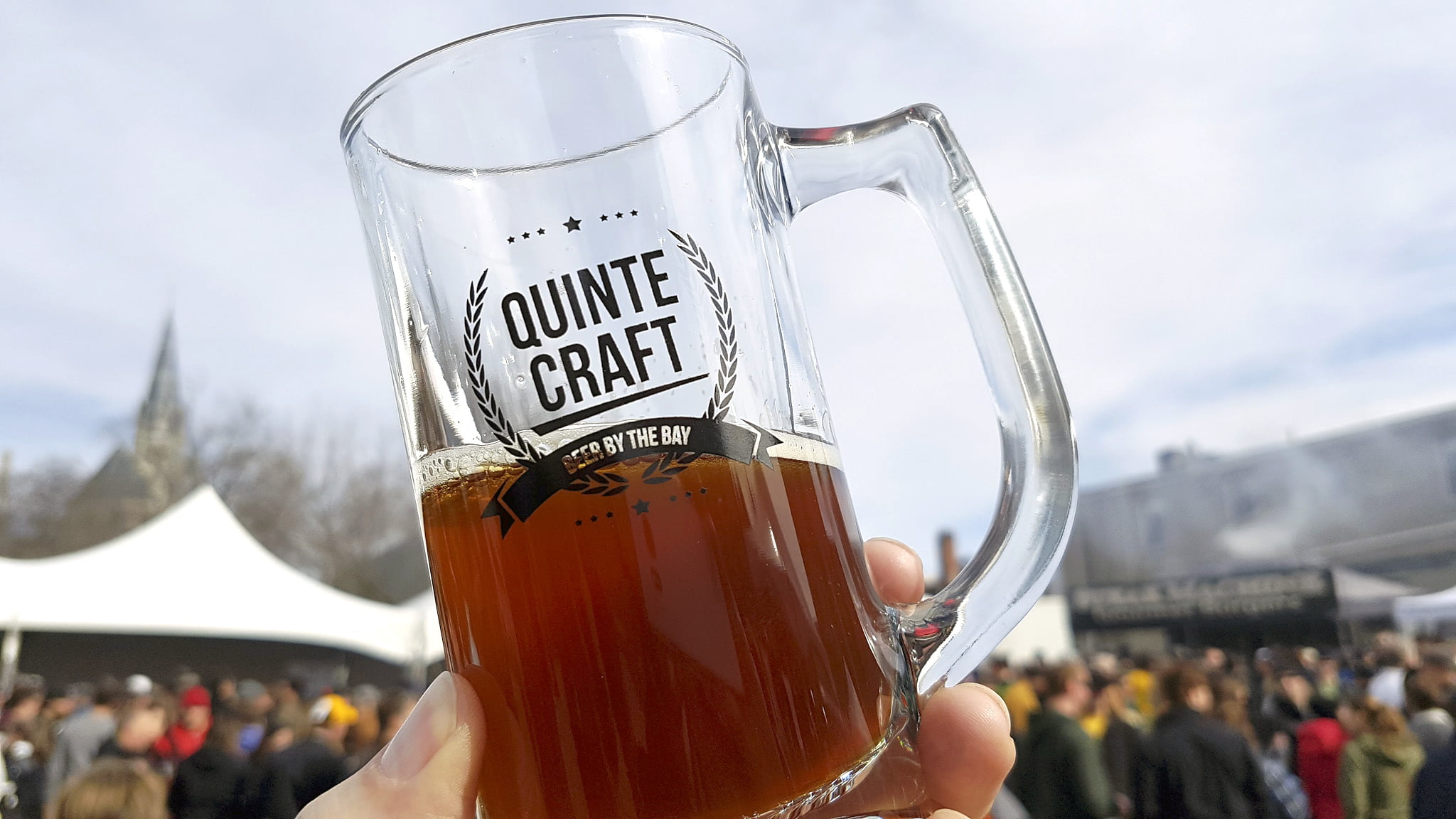 While there were also a number of tasty-looking and sounding ciders at the event, I just didn’t get around to them because there were so many great beers. And it wasn’t long before the square was bustling with people.

Even when it was packed though, I never had to wait more than 10 minutes for another sample, so the amazing thing is that they kept up with the crowd, but the supplies did get low, including for the food vendors, so later on in the event there were a few things that sold out. That meant I didn’t get to try everything, but you have to congratulate them for having such a successful event.

From there I wandered up to the incredible L’Auberge de France in downtown Belleville, which actor Anthony Lemke strongly suggested I check out the next time I was in town, and it did not disappoint.

The French bistro includes a bakery, for breads and treats, and you can sit down and enjoy an espresso, but their lunch and Quintelicious menus left me wishing I had more time to sample their food. Even just for their baking though, I would love to make another visit as they had some of the best croissants I’ve had in ages. 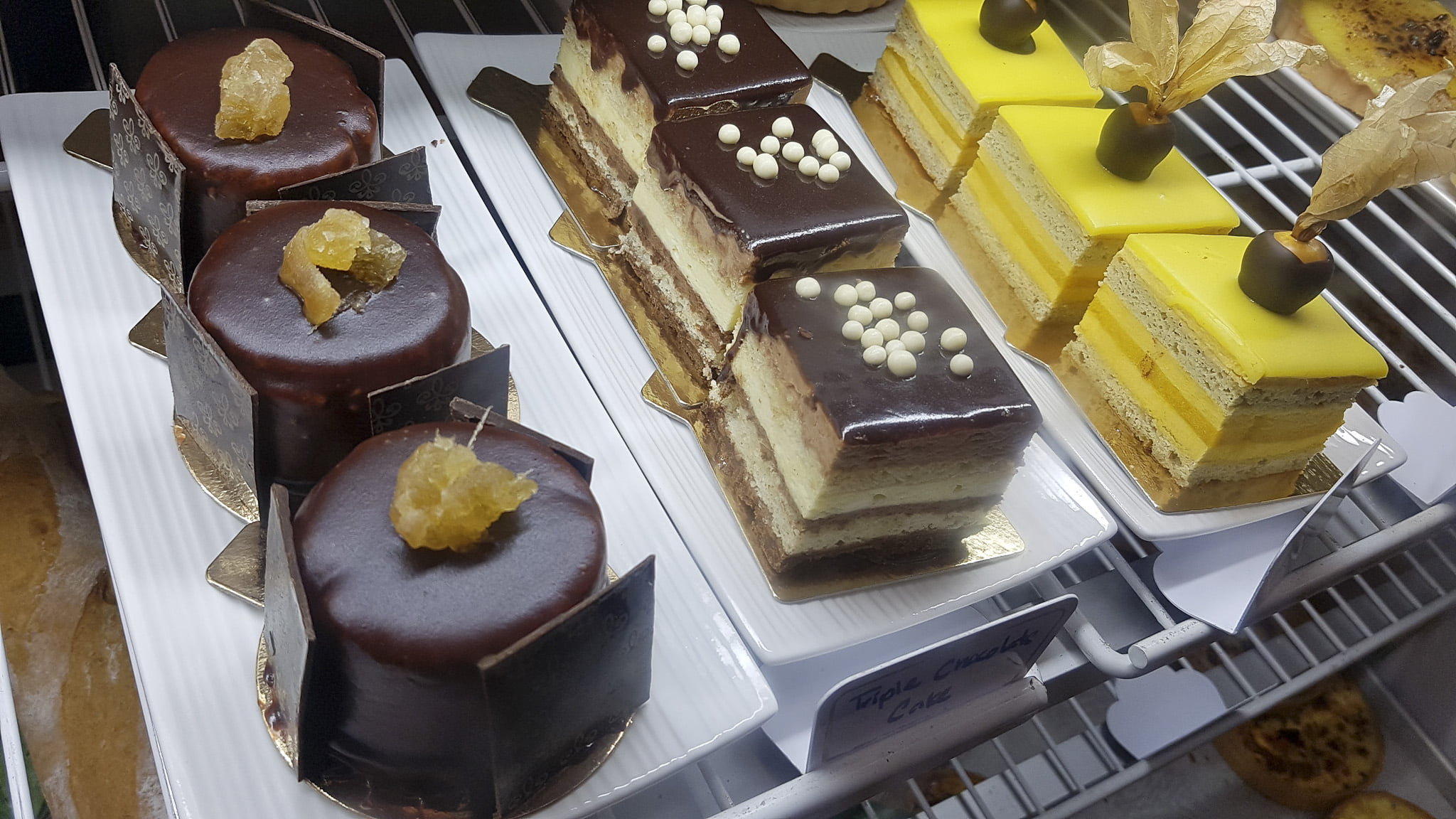 After savouring my snack there, and taking a bit of a break, my family and I went to Burger Revolution (300 N Front Street, Belleville) for dinner, and it was the stand-out highlight of the day, even with all of the other great food and drinks.

For starters, I love that Burger Revolution is all about the local ingredients, which is fairly rare in a burger place, if you ask me. Everything from the fries, cruds and meat, to the special seasonal toppings are brought in from local producers like Enright Cattle Co., Wilton Cheese, Haanover View Farms, and other local producers.

Their menu is also just fantastic, and creative–there’s even a delicious little kid-sized burger.

While my wife and daughter enjoyed the regular burgers, I had to try something unique, so I had their current BOTM (burger of the month), the Outcider, which is a beef patty, topped with cheddar cheese, a grilled and marinated pork skewer, County Cider mustard mayo, and then onion and pickles. We also split an order of their tremendous traditional poutine, but you can order it any way you want–with bacon cheeseburger, for instance, or topped with chilli, or pickled pepper radish. 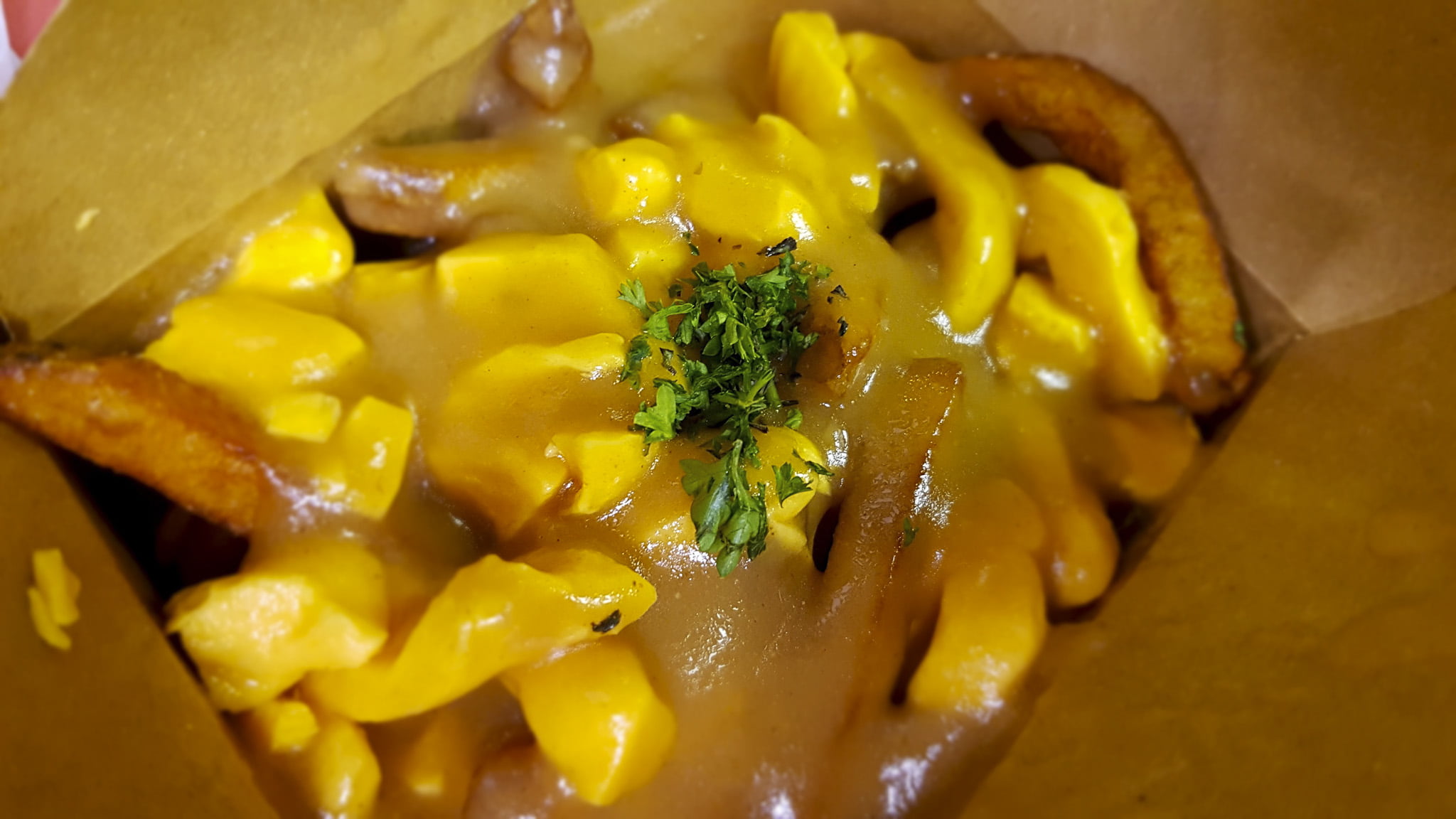 The staff were wonderful, the food was great, and we left stuffed. About the only thing they’re missing is some kind of burger or poutine-themed dessert. I’ll certainly look forward to seeing if they can come up with something like that, but their menu is certainly great as-is. I’d also love to see them come to Toronto.

Another little break later, to digest, and we headed to Reid’s Dairy (222 Bell Blvd, Belleville) for some ice cream. This place is an institution, and they have lots and lots of treats. Best of all, the prices are very good, and they have renowned milk shakes that are just a loonie. We opted just for scooped ice cream, which was equally cheap, but very good, and if you come during the day you can look in on the production floor. My daughter also thought it was pretty cool that the place looks like a castle.

That was it for our Saturday in Belleville, but on Sunday, on our way out of town, we went to Maple Dale Cheese (2864 ON-37, Plainfield) and bought some delicious, and again shockingly cheap cheese, including a 4-year-old cheddar, and then on the way back to Toronto we stopped at the The Big Apple (262 Orchard Rd, Cramahe) for lunch and to buy some apples, cider, and apple pie, naturally. We also climbed up to the top of the Big Apple, and we’re going to have to stop there again on a trip so we can play mini-putt.

Thanks to the Bay of Quinte, Quinte Craft, and Burger Revolution for having us. It was a fantastic weekend, and I’m looking forward to seeing how big the beer festival can get. 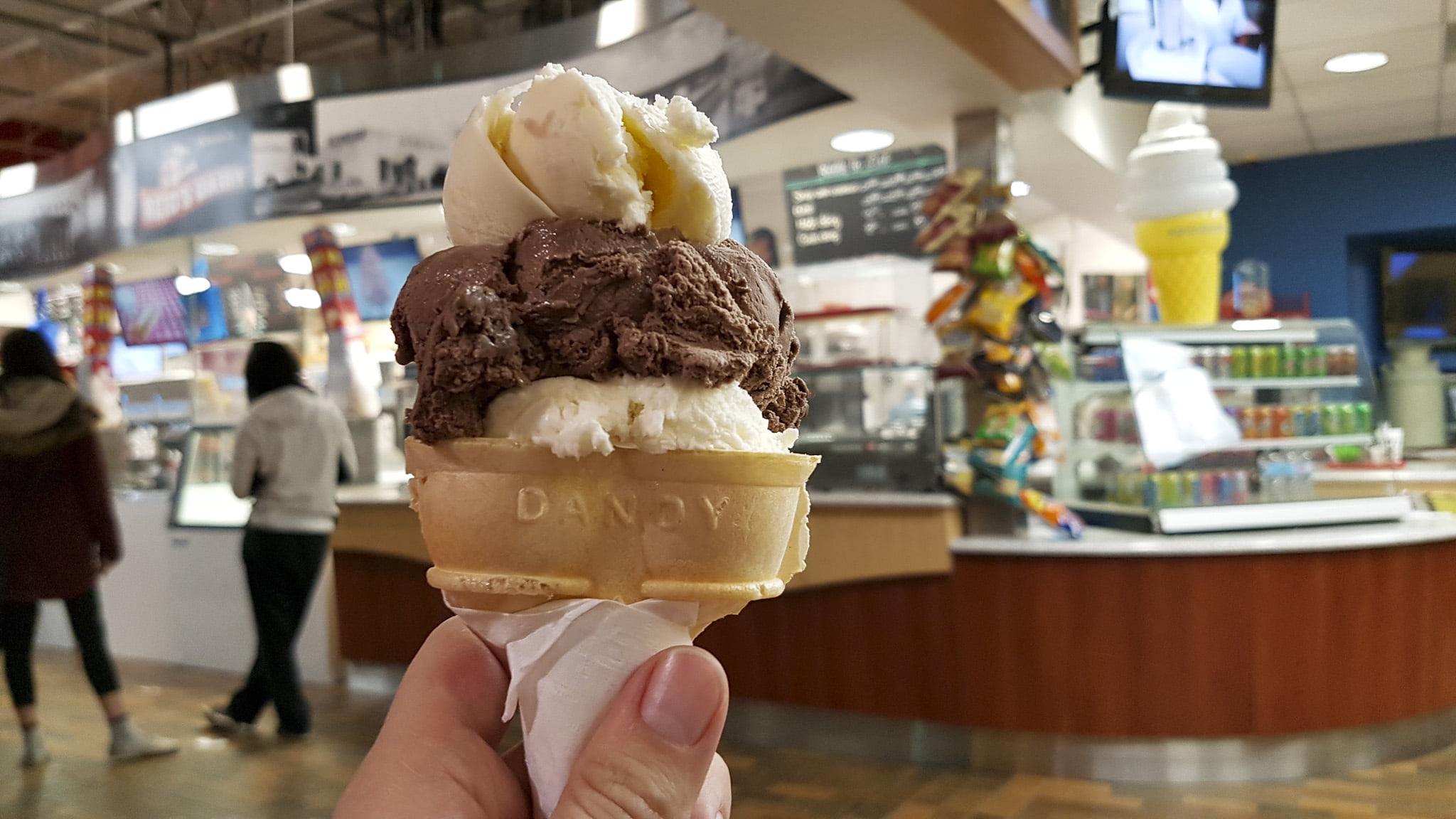 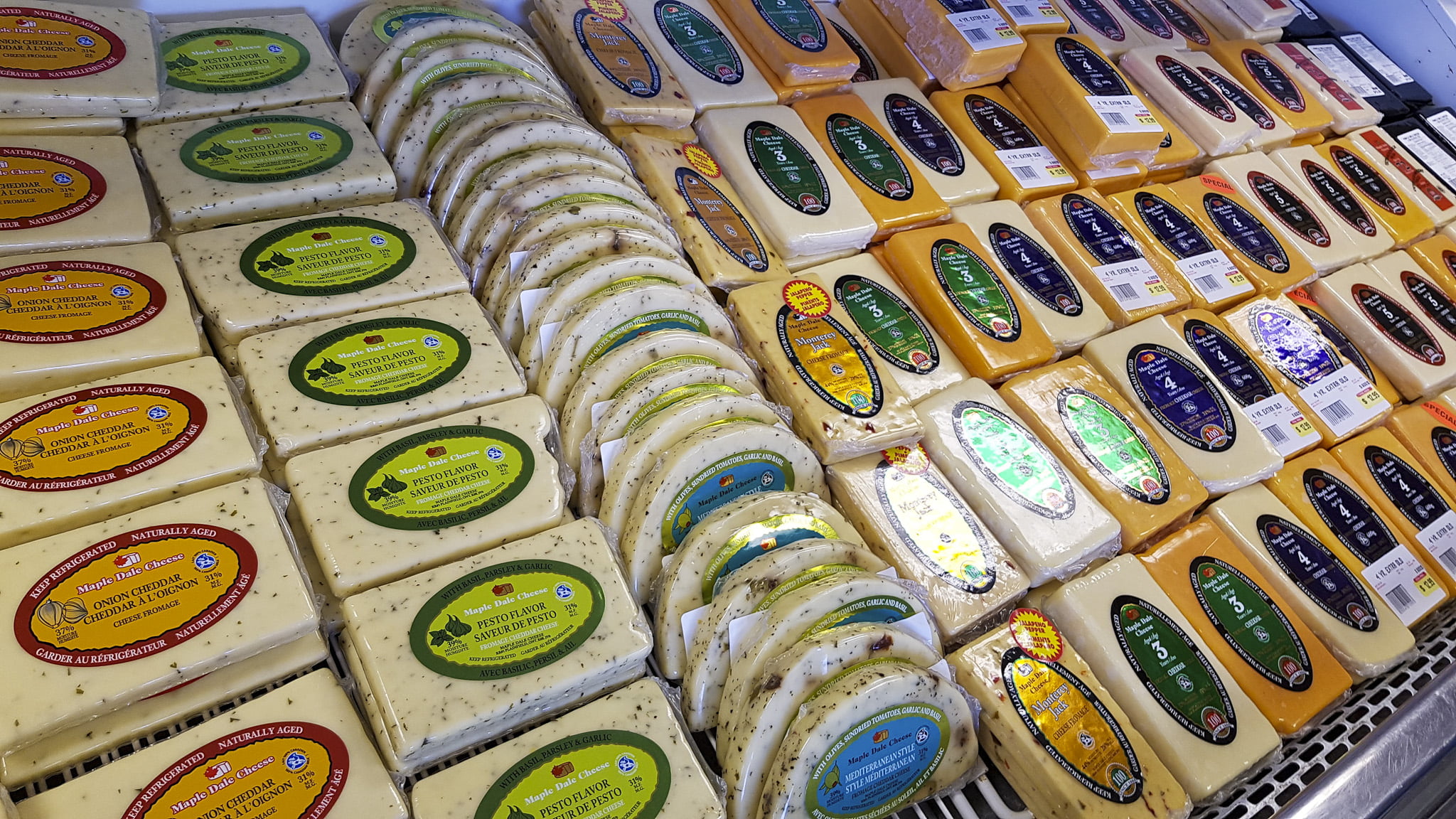 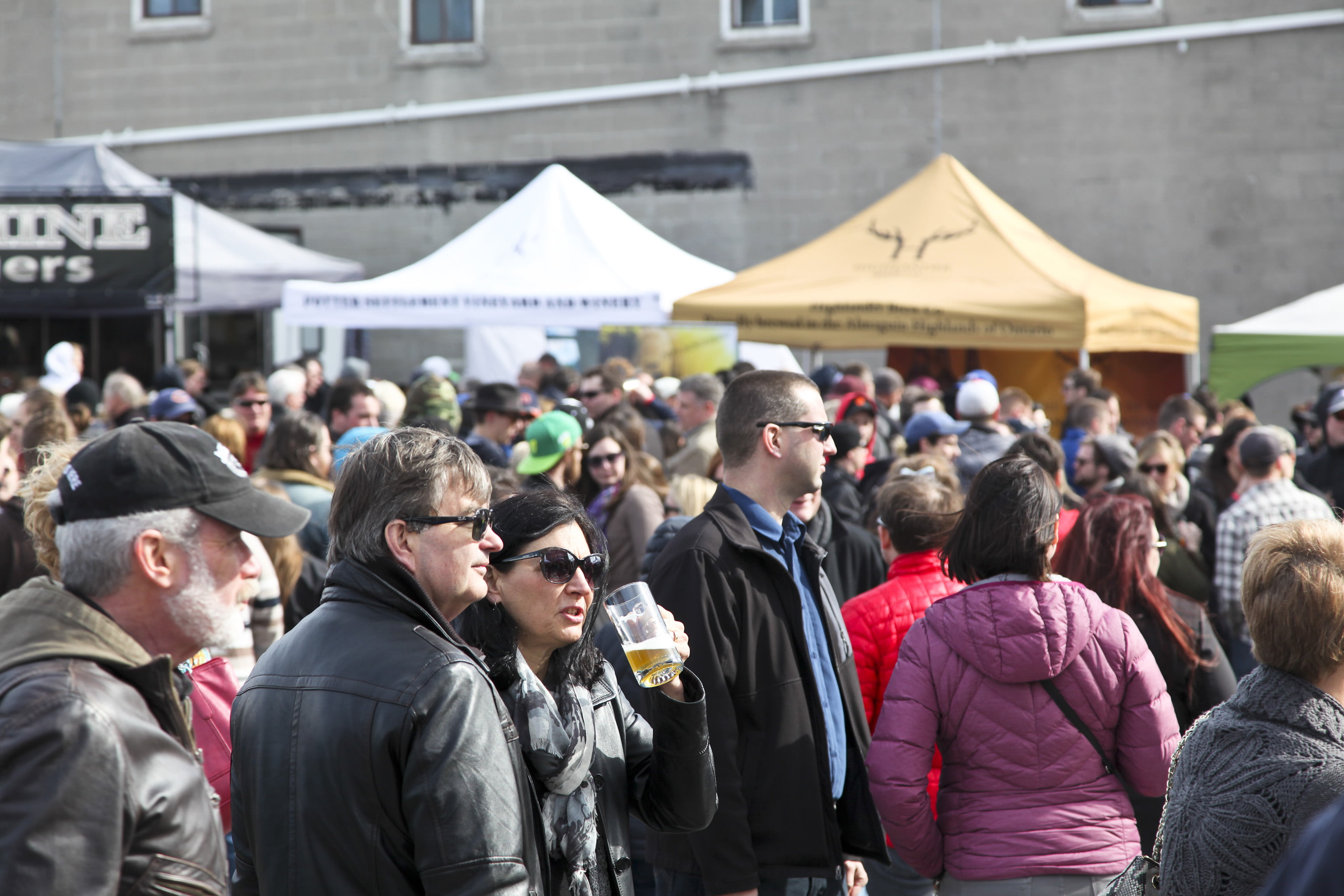 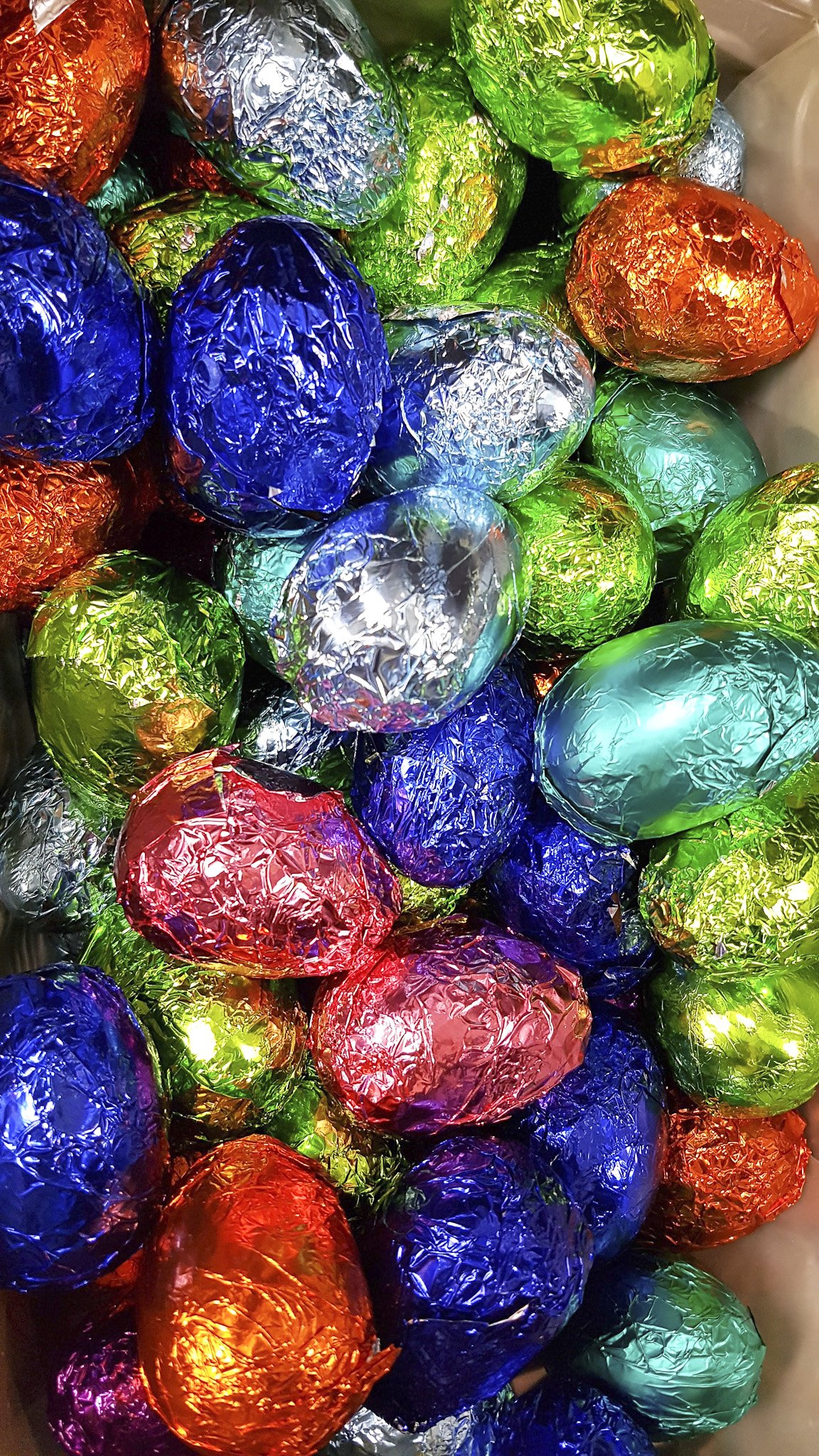 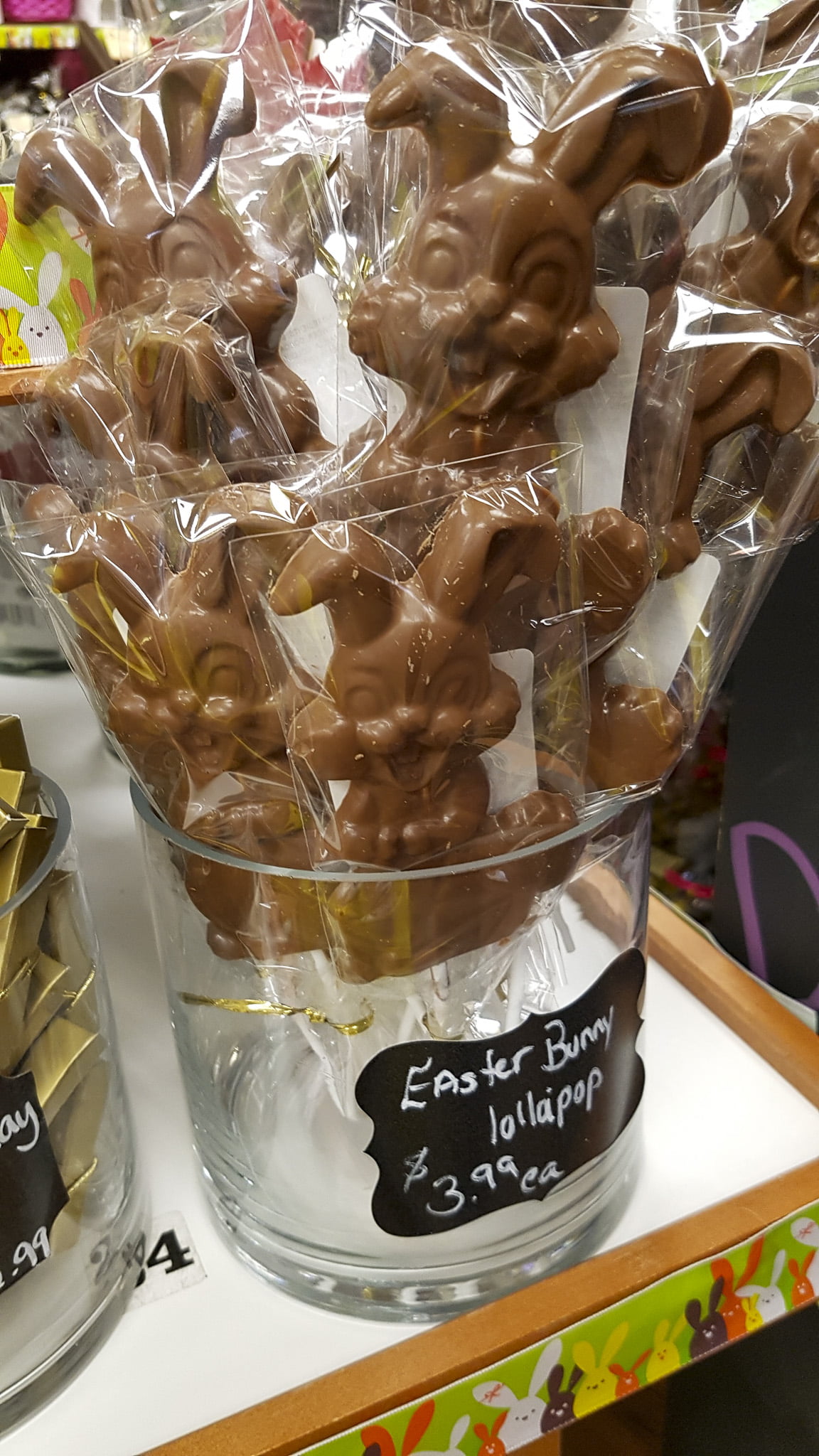 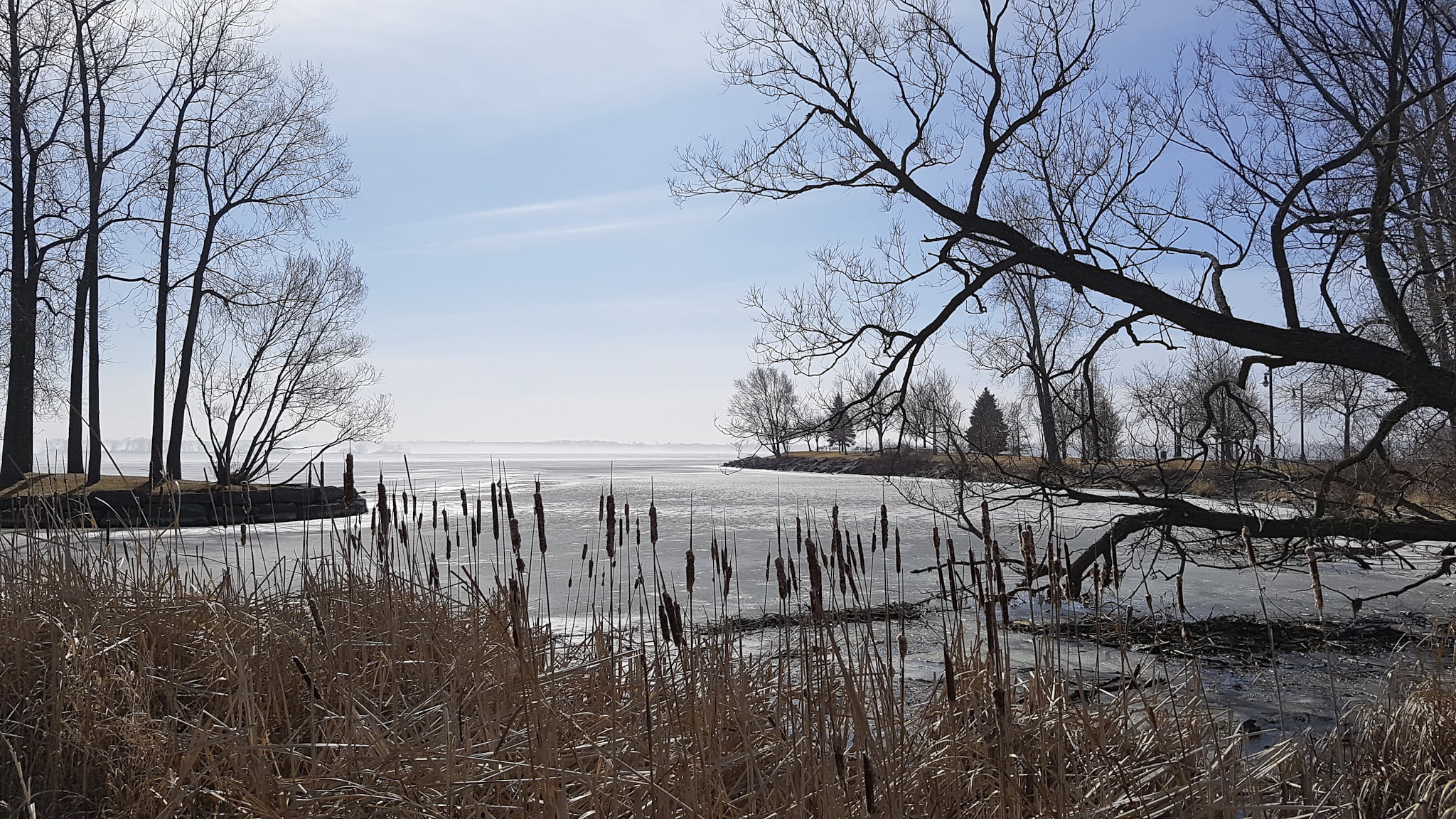 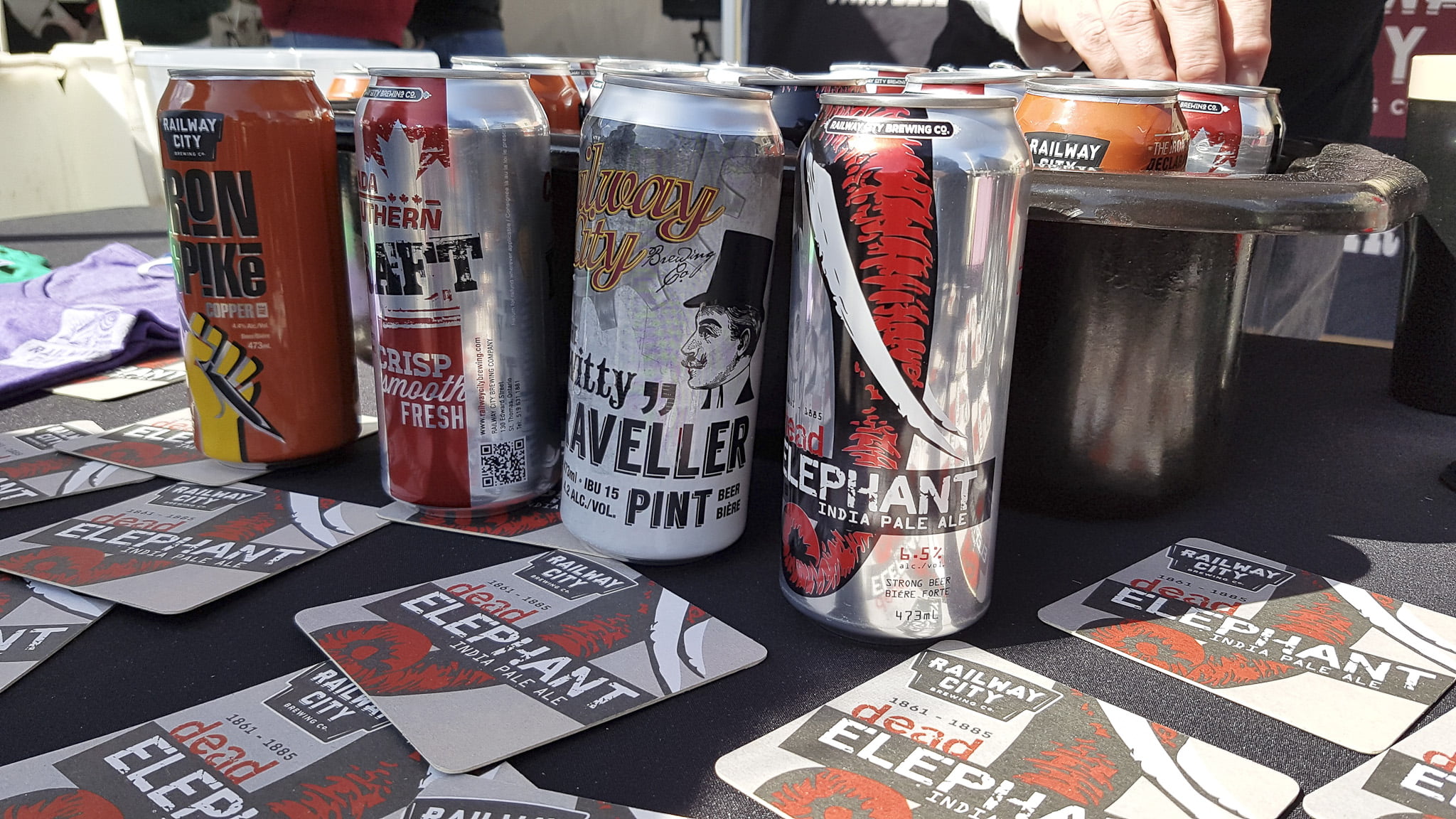 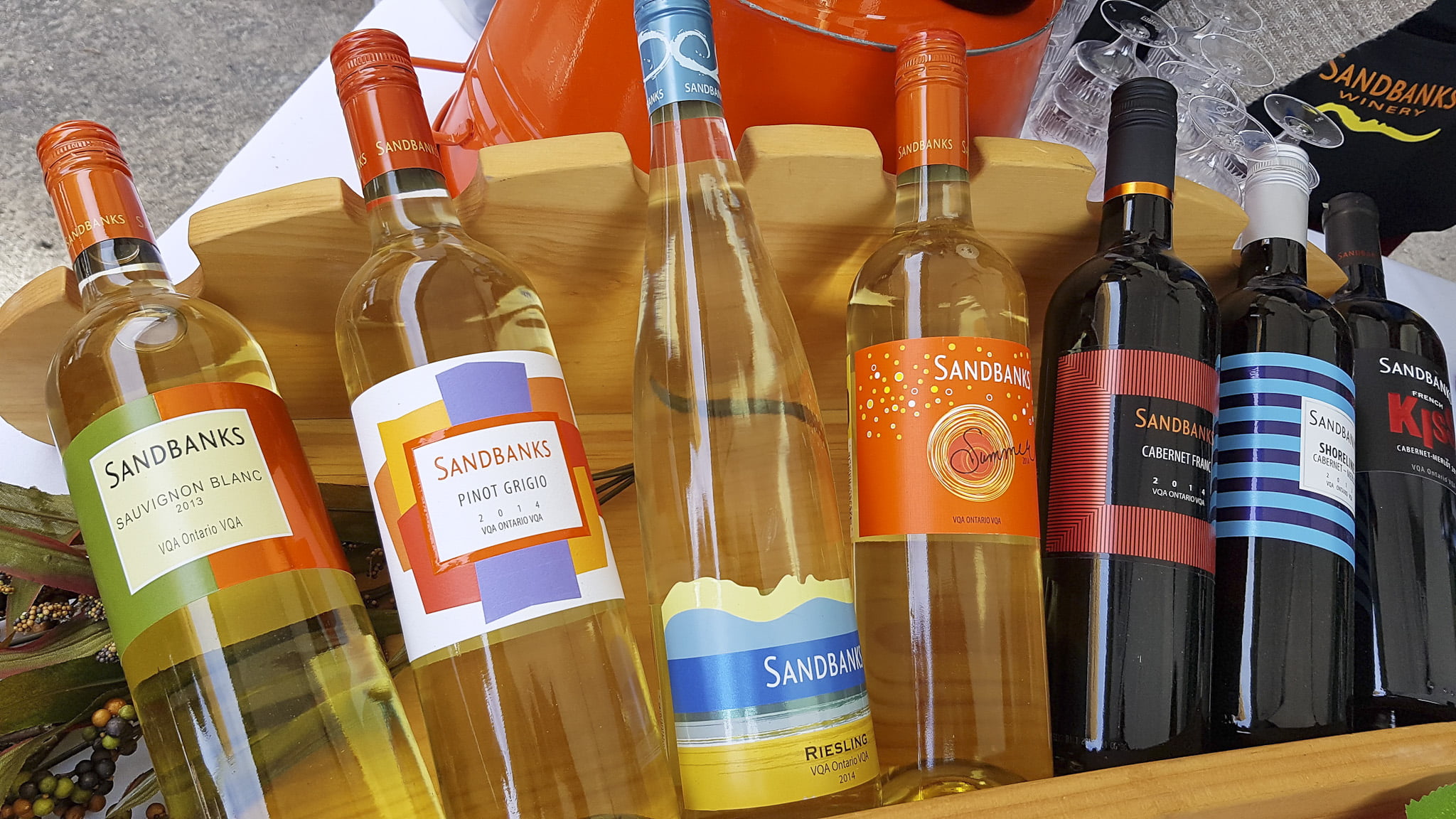 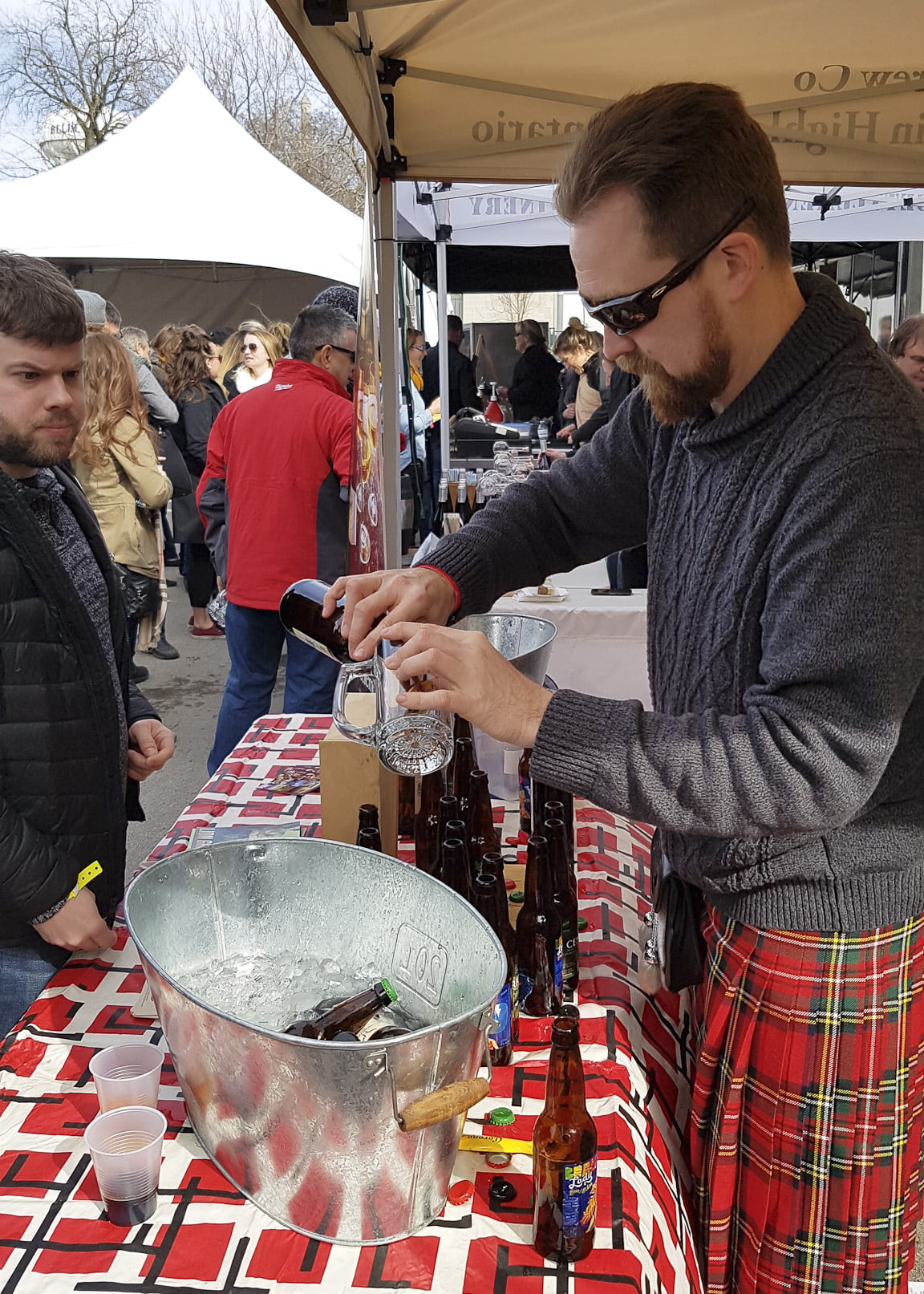 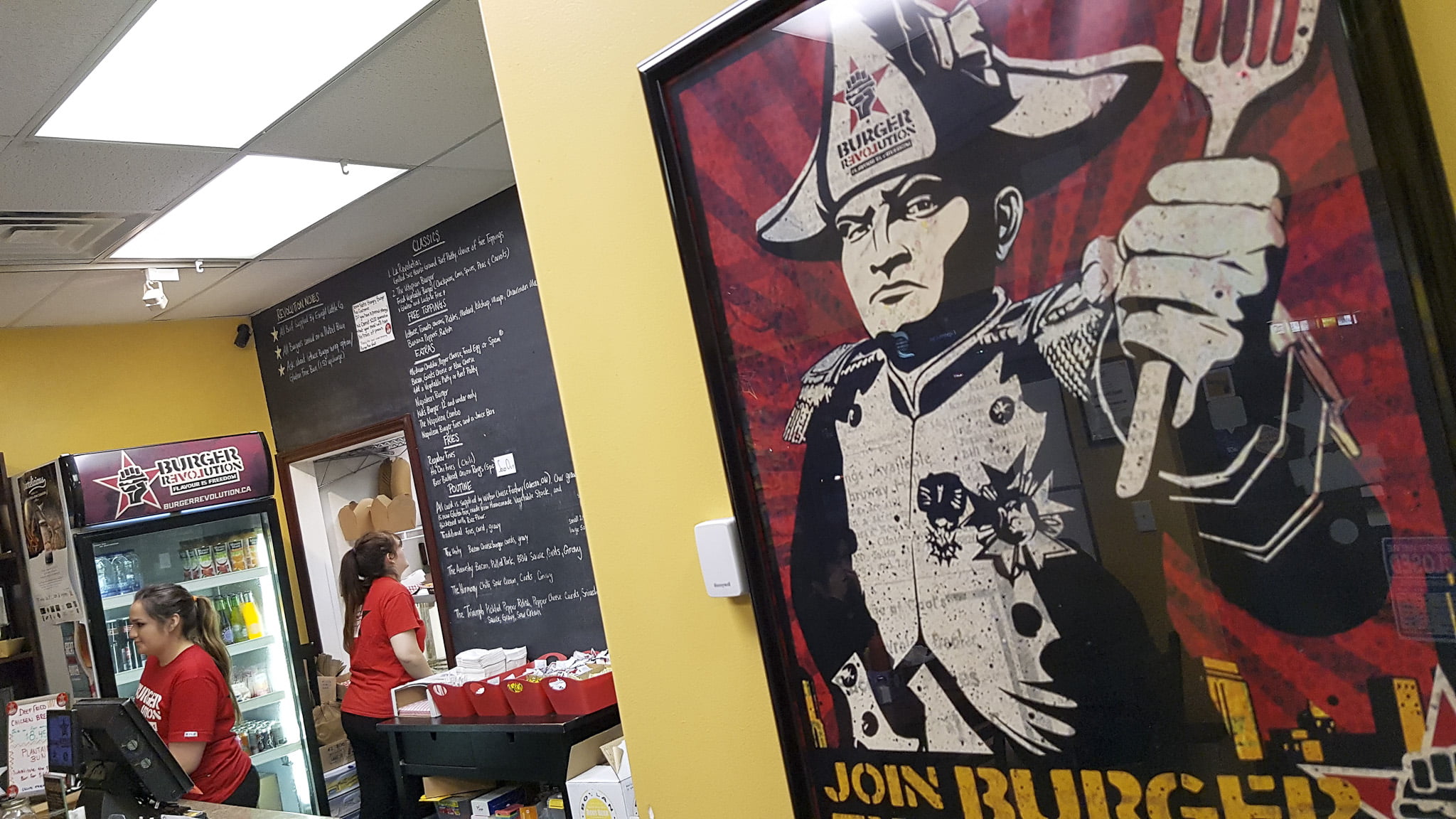