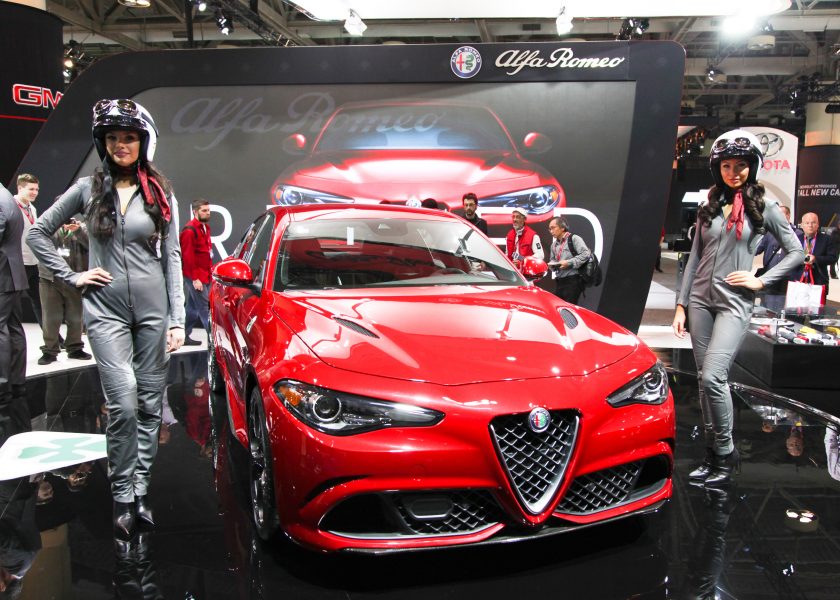 The Canadian International AutoShow is on now at the Metro Toronto Convention Centre, and until February 21 there are literally hundreds of cars to check out, including some of the most incredible concept, exotic, and classic cars in the country.

On the show floor there are numerous 2017 models to check out, which are of course not available yet, plus some alternative energy vehicles, and cars in a range of prices; from the ordinary to the truly extreme.

Last week the media had an early preview day at CIAS, and after hours on the show floor there are dozens of eye-popping vehicles to talk about. Most of the really notable vehicles are high-end sports and exotic cars, just because we don’t often get to see them, but there are also some affordable beauties on the show floor too.

Here is my list of the top five cars worth looking at, plus a huge gallery of photos from the show floor.

The Ford GT supercar was the big highlight for me at the AutoShow. It’s gorgeous, it’s being made right here in Ontario, the windshield is made of super-tough Gorilla Glass, and the version we’re seeing this year at CIAS is even more impressive than the concept car that was at the show last year. The location, right under the escalators, is also perfect to get a bird’s-eye-view on your way down from the upper levels to the show floor.

Ford is also showing off a number of other new vehicles, including the 2017 Ford F-150 Raptor SuperCrew, and the 2017 Fusion that now also comes in a Fusion Platinum edition for the first time. In terms of affordable favorites, I’m also a big fan of the Ford Escape, which is worth taking a look for anyone who likes a reliable SUV.

The Ford GT narrowly beat out this utterly beautiful car, which is a perfect blend of Alfa Romeo design, both old and new, but packed into a sedan rather than a coupe. The 2017 Alfa Romeo Giulia Quadrifoglio is sleek, but classy, and it doesn’t hurt that the car is being touted as the fastest among its rivals, particularly for its power-to-weight ratio. Still, my love for this car comes back to the design, which is especially eye-popping in red.

Audi has always been one of my favorite brands for high-end cars and SUVs, and the 2017 R8 5.2 is a glorious machine that is all about performance, with a design that is modern, sleek, and like few other cars out there. There’s nothing quite like the front grille, or the sweeping line of the roof sloping down from the middle of the car. It’s simply stunning.

Check out the Audi space as well for the Audi Sport R18 E-Tron Quattro, and the 2017 RS7 Performance, which features a 4.0-litre V8 TFSI engine that can pump out 605 horsepower.

Not only is the Maserati Ghibli S Q4 a beautiful car that’s smart and elegant–the performance car also sports all wheel drive, making it a powerhouse that can actually deal with Canadian roads, even in the winter. The front grille is beautifully styled, there are numerous technical features to keep you safe behind the wheel, but the highlight is about style because Maserati now offers bespoke styling courtesy of Italian fashion brand Ermenegildo Zegna. Check out Maserati Canada and the bespoke options in the Auto Exotica space, where you can also see the design options for these fashionable new cars.

And then there is the all-new 2017 Lincoln Continental. This luxury full-size sedan is all about the first-class features. Everything about the design, from inside and out, speaks about the very definition of premium luxury. The door handles have been moved up, right under the windows, to craft a truly sleek and striking profile. The whole design is modern and polished thanks to Kemal Curic, Lincoln’s Chief Exterior Designer and the team at the Lincoln Design Lab, and once you open the doors you will just want to sit down and enjoy the posh interior.