Why the Samsung Galaxy Note 8 is still my favorite phone 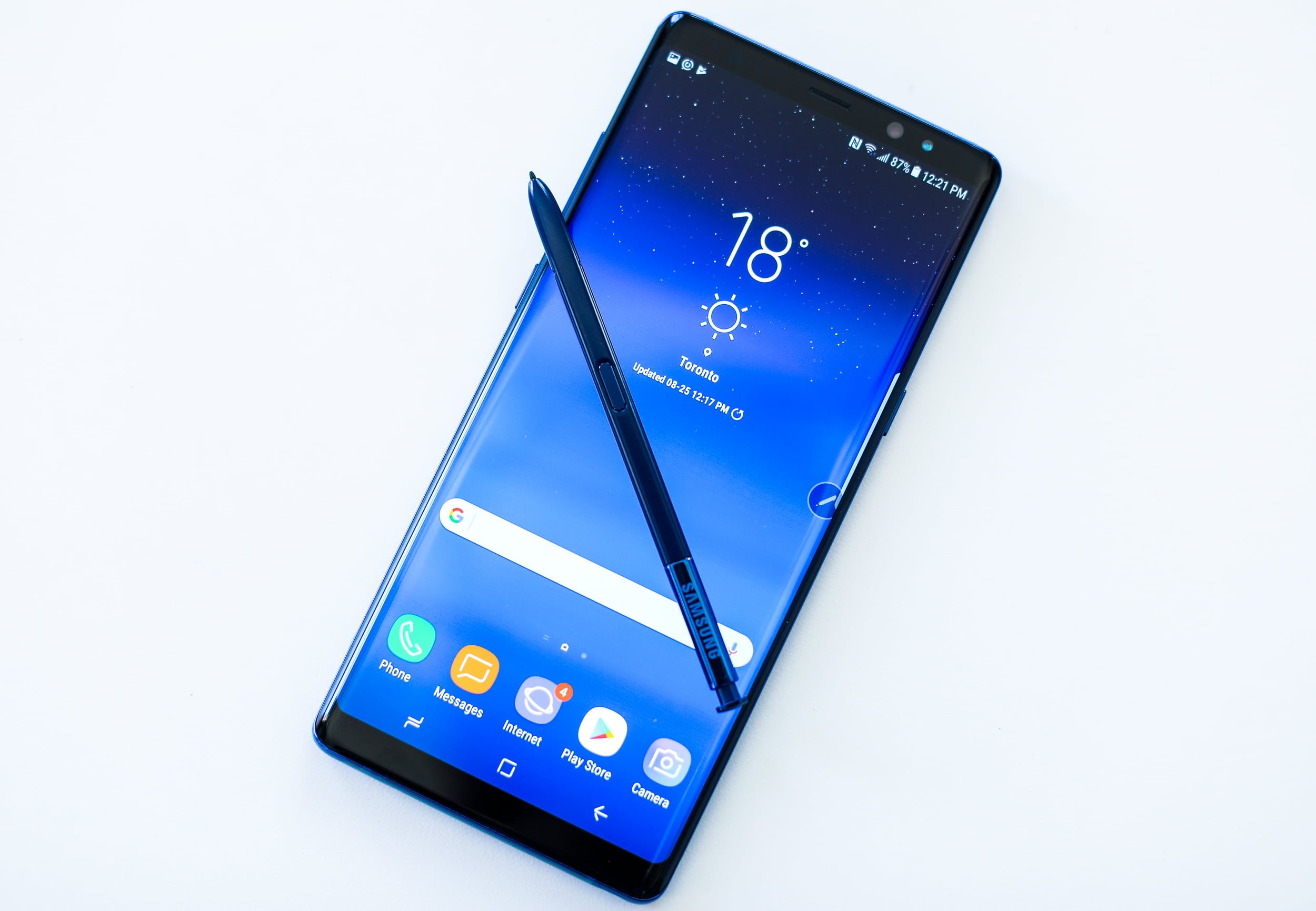 The Samsung Galaxy Note 8 checks off a lot of boxes for my must-have features in a phone, and while the device is close to a year old, it’s still one of the most impressive phones out there right now, and the price is set to get even better.

For seven months now I’ve been using the Note 8, and among the devices I’ve tested this year it’s still my favorite because the user experience is fantastic, the display vibrant, the phone is packed with features–including the incredibly useful S-Pen, and I love the zoom on the camera–especially for video.

With the release of the Note 9 approaching quickly, the Note 8 is also bound to become a better deal too. By the time the Note 9 is announced in August, I would expect to see the Note 8 coming in substantially cheaper, but right now it is priced at a reasonable $199 with a two-year plan at most phone companies. 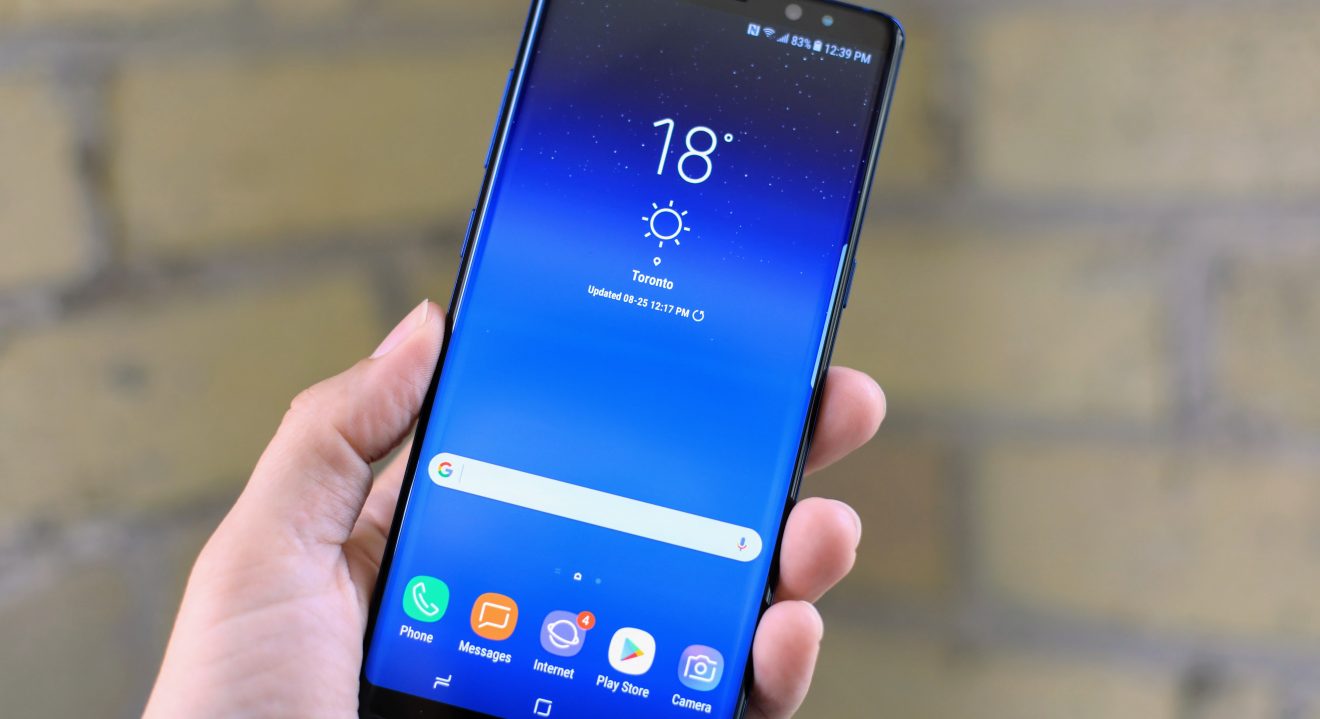 The best of the Note 8 starts with the infinity display and the screen size. At 6.3 inches, the 18.5:9 SuperAMOLED display is the largest available right now, and one of the most vivid and impressive. The Galaxy S9 Plus comes closest, at 6.2 inches.

From top-to-bottom, and edge-to-edge, the infinity display on the Note 8 nearly covers the entire phone surface, curving around the sides to offer the useful Edge Panels where you can quickly jump to your favorite apps or contacts. There are only few millimeters of black space around the edges of the screen, with the home, back, and overview buttons on top of the display.

If you love taking movies or Netflix on the go, the Note 8 is bigger and more vibrant than most of the alternatives, and for power users, you can do a lot with that screen size too. Samsung’s Multi Window mode means you can display two apps at the same time, and on the Note 8’s real estate, that offers a lot of room to work with. I use the space to open my email and my calendar at the same time so I can add events and meetings to my calendar, but you can do a lot of multi-tasking with all that space.

And if you shoot a lot of your own video, especially in 4K with the Note 8, it looks great on the infinity display.

S-Pen
The S-Pen is the other big feature of the Note 8 that you won’t find with any other phone. The S-Pen doesn’t need charging, and adds a lot of functionality to the Note 8. If you like to write out notes, the screen-off memo feature means that you can write out important reminders without even turning on the screen–just take out the S-Pen while the phone is off and you can start writing a memo–or pages of memos–instantly. Or take out the S-Pen while you’re using the Note to pick what you would like to do, from drawing to notes.

If you like to draw or colour, you can also use the S-Pen to let off a little steam. Samsung’s PenUp app helps release your creative side, and there are dozens upon dozens of colouring templates to try, from the intricate to kid-friendly characters.

The S-Pen really shines though when it comes time to work. I use the S-Pen a lot for selective screen captures, to draw notes, and to just scroll and tap more precisely. Once you’ve used the S-Pen to browse the web or work on notes or documents, you’ll wonder how you ever managed without it. I would say that it’s the equivalent of using a mouse for a desktop.

Battery Life
The battery life on the Note 8 is a step-up from most phones, and that’s a big deal for anyone who has suffered through years with a phone that couldn’t even last the day. The Note 8 has a respectable 3,300mAh battery, which will last most users all day. That’s more than the S9, and just 200mAh less than the S9 Plus.

Using the power saving modes can do a lot for you, if you need the charge to last the day, particularly if you reduce screen resolution, limit the CPU, and decrease screen brightness. If your phone is using less apps, particularly ones that work in the background a lot, you can also expect your charge to last a bit longer. 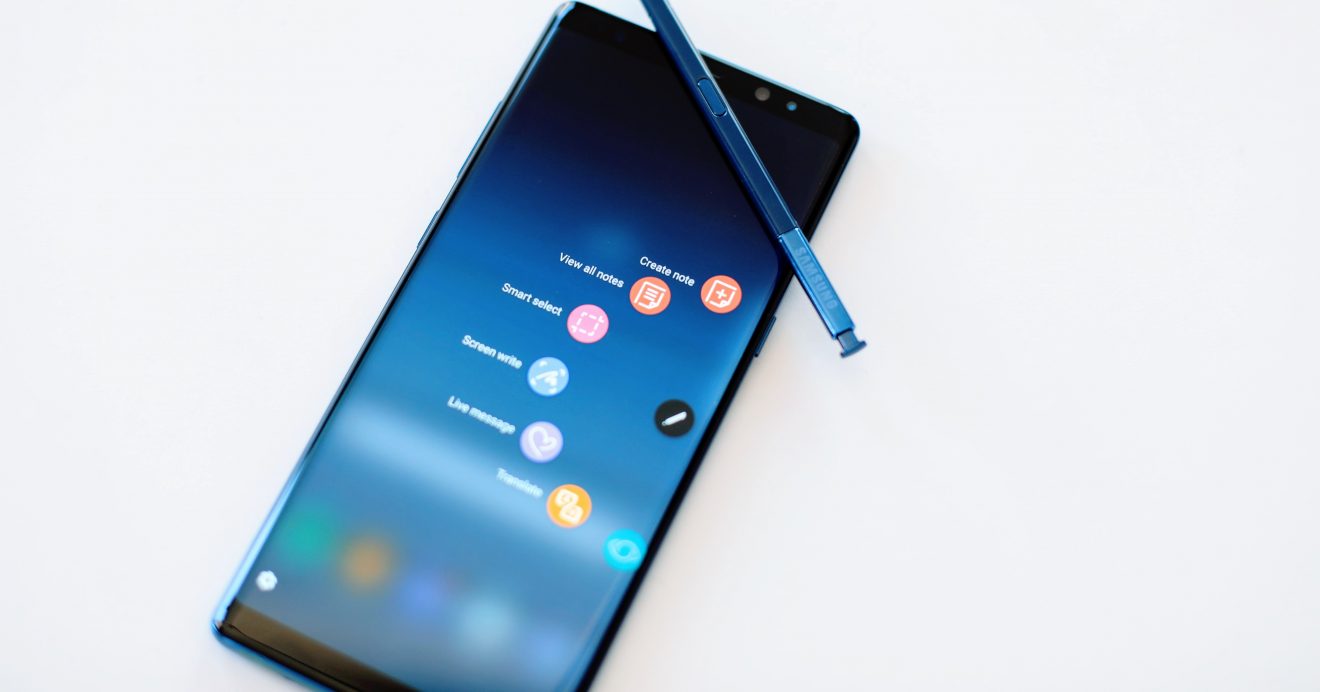 Cameras
When the Note 8 came out, it was one of the best cameras out there, and while some devices have stolen the Note 8’s thunder since then, the front-facing cameras are still some of the better cameras available, especially in terms of optical zoom.

Compared to many competitors, the Note 8 has a very clear 12 MP zoom camera that I love for video, and it’s a solid camera for photos. Both 12 MP cameras also feature optical image stabilization for clearer images, and the cameras can shoot video up to UHD 4K at 30 frames per second.

The Note 8 was the first phone that I reasonably felt I could carry with me instead of bringing along a camera, and I shot an entire video while I was in Fogo Island last year in 4K on the device that is still one of my all-time favorite videos that I’ve ever made for YouTube (and I’ve made over 550 so far).

The phone also has 64GB of internal space, which offers a lot of space for photos and videos, or music, with expandable memory up to 256 GB with a microSD card.

Finally, the Live Focus mode gives you a lot of versatility to shoot portraits or closeups that feature a blur effect around the subject, which you can adjust after you’ve taken the photo. There are also a number of other shooting modes that make it versatile, and easy to use, even for beginners. Check out some of my favorite spring photos that I shot with the phone earlier this year, and a few I shot last fall.

Features and User Interface
Lastly, there’s the phone’s myriad features and the user interface. I’ve used a lot of the devices on the market today, and Samsung consistently has the best interface and range of features. The interface is intuitive and easy to use, it’s fast and smart, and they routinely pioneer features that are either completely new, or improve on what other devices are offering. A few of the most useful features include Samsung Knox, the headphone jack, the edge panel and edge lighting, the surprisingly useful Bixby personal assistant, and I love Samsung’s apps, including Samsung Health for fitness tracking and SmartThings for managing your smart home devices.

I could go on about the Note 8, and I’m sure the Note 9 will be an interesting upgrade for anyone who loves the Note line, but if you’re looking for a deal and a great device that will last you two years for your next contract, the Samsung Note 8 is a great pick. 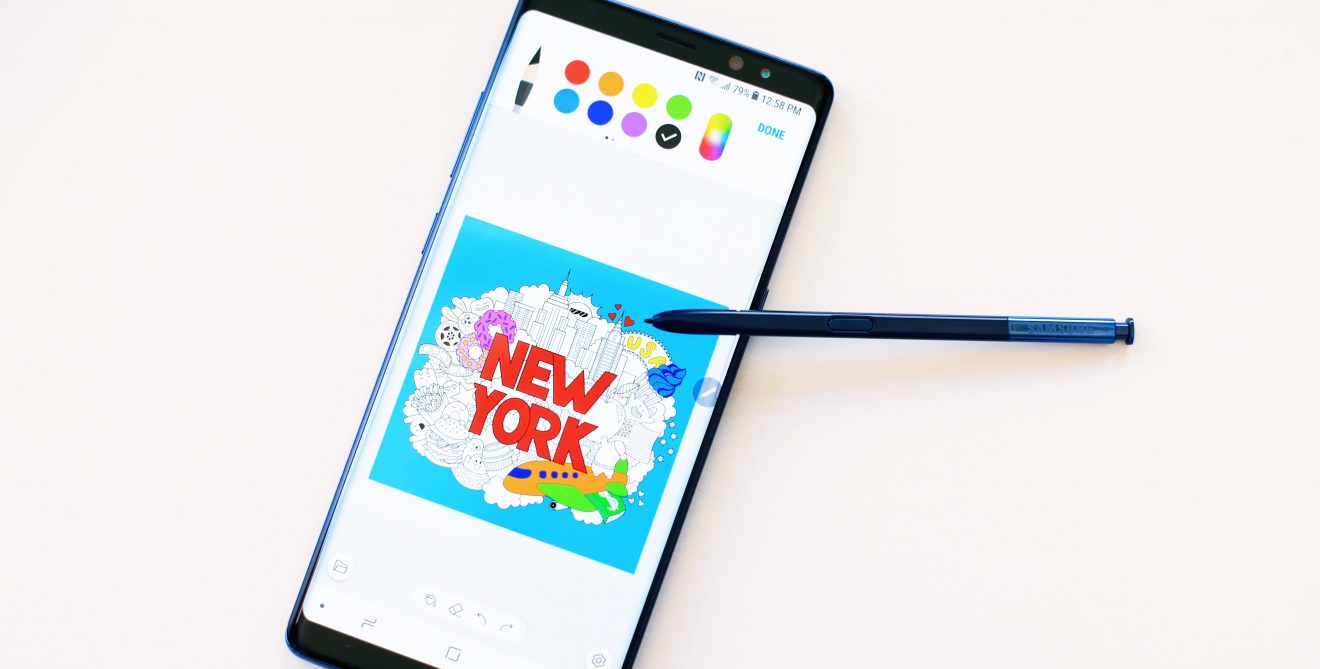