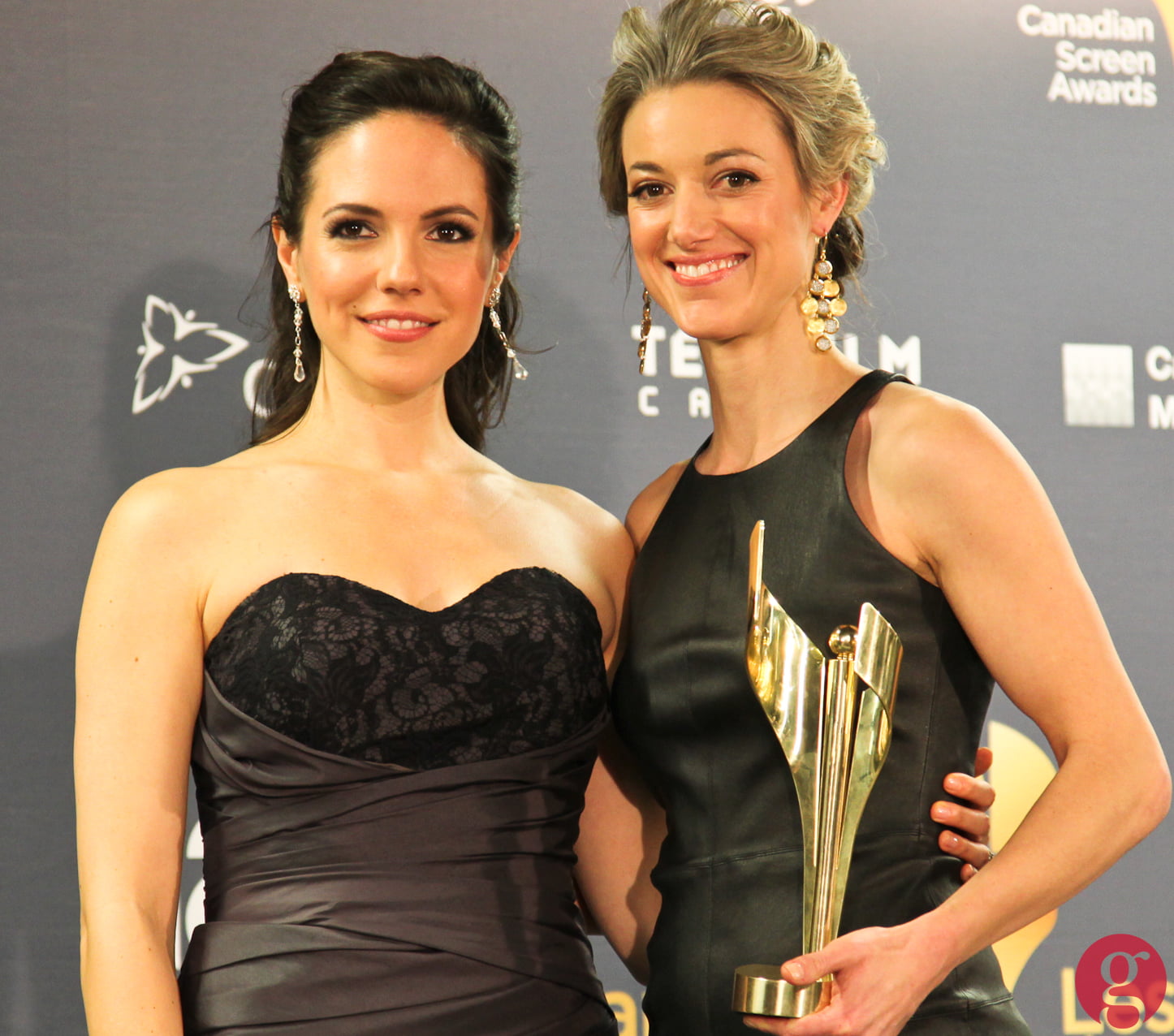 Back stage at the event, Zoie Palmer appeared with Lost Girl star Anna Silk, and spoke to press about her award. “Thank-you very, very much,” Palmer said. “I’m hugely surprised and completely honoured, and it was totally unexpected.”

When Silk was asked why people are so passionate about the series, she said that it started right from the first season.

“Well, I think that it was like this from the very beginning,” Silk said. “People just loved these characters and they loved their relationships on the show, and I think that our fans are the most loyal, vocal, passionate people, and it’s really, really, really great to hear from them and get feedback. And, yeah, I think they just love to see the adventure and what’s going to happen next.”

“If our fans put their mind to it,” Palmer added with a laugh, “they could actually bring world peace.”

The duo also talked about the fan mail they get–both the good kind, and the more interesting variety that even includes drawings of cast member’s body parts.

“The weirdest thing I got,” Silk said, “was someone claiming that they knew I liked spicy soup. I don’t,” she said with a shrug.

Throughout the interview, Palmer kept things light with jokes, while still answering questions, suggesting even at one point that she liked how the Canadian Screen Award trophy “looks like it’s giving me a hug.”

For fans, the best news that the two stars discussed was the fact that they will begin filming the next season of Lost Girl in “less than a month.” When asked if they can give any hints about the next season, Palmer said, “We actually have no idea–we haven’t seen one script.”

Wrapping up the session, I asked Silk and Palmer how many seasons they hope they get before Lost Girl finishes.

“A couple more [seasons] might be nice,” Silk said, “but it would be nice to just finish the story properly and feel like we finished strong. You know, left the party while we were still rocking.”

“I think until the story’s told, right?” Palmer said. “It’s like, people always say, when you end anything–when should a stand-up comedian leave–it’s when it’s time. And I hope that we figure out the right time to sort of bow out and say thank-you, and do something else.”

Watch the video from back stage at the Canadian Screen Awards with Anna Silk and Zoie Palmer: 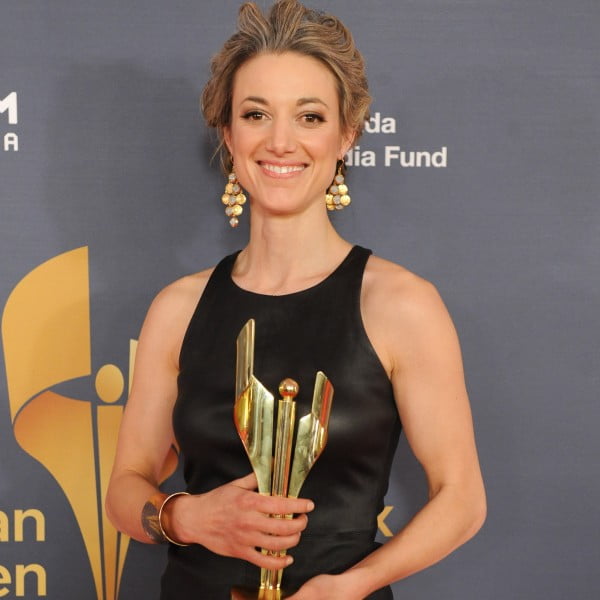