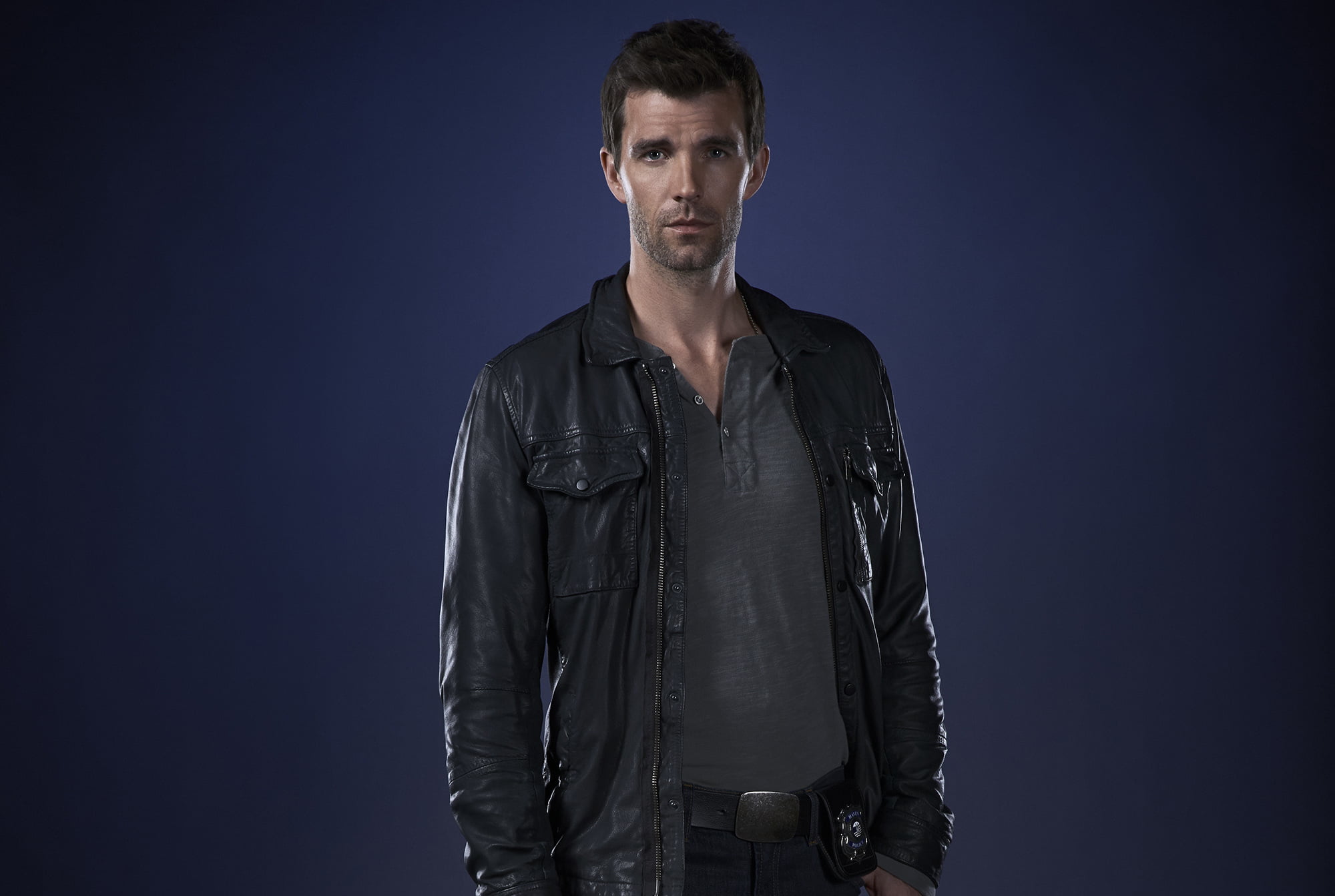 Lucas Bryant has a flair for the dramatic. “I’ll pretend that you just discovered me,” he says off-camera before we start the interview.

Bryant is sitting in a revolving chair, and as I say hello, he slowly swivels around to face me. “Oh, good afternoon.”

The fifth season premiere of Haven is still a few weeks away when I meet with Bryant, but he’s visiting Toronto for interviews, and to meet fans at Toronto’s Fan Expo.

“You just caught me gazing out the window just, you know, having a thought. One single thought that I’ve been going over and over in my mind.”

When I ask him whether he can share that thought, he of course declines.

“I do carry the weight of the world with me, and I wouldn’t want to wish that on anyone.”

Turning our chat to the fifth season of Haven, we talk about Nathan, and how he’s dealing with things in the new season. This is where the friendly actor’s dry humour shines.

“Nathan’s trying to figure out just what has happened as a repercussion for having thrown Colin Ferguson down a flight of stairs,” Bryant says.

“Not a flight of stairs actually, but an inter-dimensional door, if you will. Physically throwing him down at the end of season four thinking that was something that needed to be done because Colin was getting very, very annoying. I mean, William. The character. Personally, Colin was also very annoying and needed to be banished.”

“But Nathan, and none of the characters anticipated that this would have grave consequences, so we begin to see some of those at the very end of the season four finale, and now season five we pick right up where we left off, and we all have to deal with that fallout.”

And then, there is Mara. When I ask Bryant to describe her, he says, “She’s an evil b… – that’s how I describe her. She is the antithesis of everything wonderful about Audrey Parker. Except I guess… she looks a lot like Audrey. There’s that, but her attitude is not a nice one. She’s basically the worst possible outcome for Nathan.”

“But, he somehow believes that he can turn this around,” Bryant adds. “That she is still somewhere and that he is going to get her back.”

As the first episode hints as well, there is hope, even if it’s misguided, that Audrey is still somewhere out there.

“We can only hope,” he says. “And hope is an integral part of Nathan’s daily breakfast.”

Watch the rest of the interview in the video to hear Bryant talk about meeting fans, and filming in Nova Scotia, plus a hint for an upcoming episode this season.