Sloths, birds, Komodo dragons, sea iguanas, and penguins, oh my! BBC Earth has arrived in Canada, and to mark its debut, the channel hosted a special premiere screening of Planet Earth II last night in Toronto at the Royal Ontario Museum with a few special guests, including series producer Elizabeth White, AsapSCIENCE hosts Mitchell Moffit and Greg Brown, and the ROM’s managing director, Centre of Discovery of Biodiversity, Dave Ireland.

Before the screening, in the ROM’s rotunda, we were treated to hors d’oeuvres and wine before the screening began in the Eaton Theatre, where Moffit and Brown introduced the evening, followed by a few words from Blue Ant Media’s Michael MacMillan, and BBC Worldwide North America’s Ann Sarnoff.

People were laughing and smiling within minutes. It’s a real crowd pleasure, and that credit lies not just with the teams and producers, but with the animals and their personalities. Watching a pygmy sloth swim to find a mate is sweet and utterly charming, even as it’s surprising, and that’s where Planet Earth II thrives. Many of us may know a bit about these animals, but a few minutes with a baby sea iguana trying to outrun snakes on rocks and sand is truly surprising, even for White herself, who said they expected to see one or two snakes chasing a baby iguana–not a dozen or more.

The first episode of Planet Earth II also subtly covers a few of the ways that mankind has affected species, in island habitats, while still keeping the series about the struggles of a range of animals. From the cute, to the dangerous, the series steps into their realms and introduces us to everyday miracles that most of us have never seen or heard about before.

The visuals are astoundingly beautiful and close to the creatures because this time the cameras are smaller and lighter, making it possible to get where they couldn’t before, and the animals have incredible stories to share in that close space. Planet Earth II weaves moments together into something beautiful, inviting us to see and explore, and think about the world in another way. 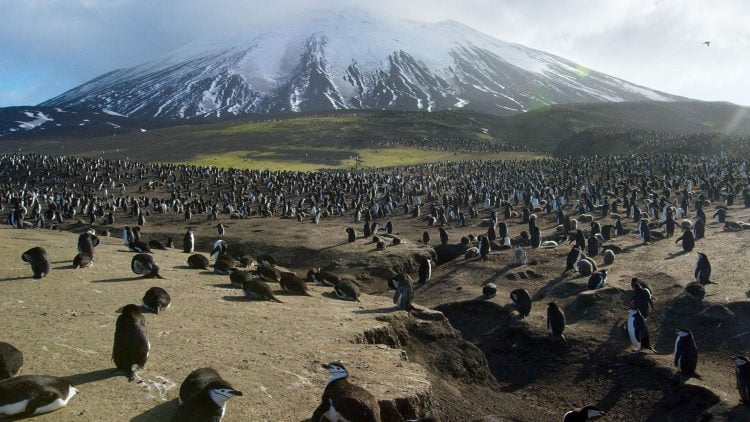 The cute factor is certainly one thing that draws you in, but there is so much more to this series than just “cute”. It will make you want to know more, and discover more about their stories, and that’s where the connection to museums is so special. Museums are a natural next step to learning more about the animals, the locations, and the Earth itself, so premiering at the ROM was a great fit. White also explained that she’s heard the same connections made in the U.K.

White also chatted about the challenges that go into making the story possible during a Q&A at the end of the screening, including the simple, personal challenges of carrying around gear and being uncomfortable in one environment or another, but as Ireland mentioned, there were some bigger setbacks to getting all of their footage.

“Some of the [locations] are quite challenging for the kind of conditions that you face–you know, like carrying all this heavy kit around” White said. “Other locations it’s things like weather conditions.”

“So when we were filming the Christmas Island crab story, it was very weather dependent, and it took us actually three crews–three teams–to actually get that whole story, because the weather wasn’t with us, and because we had bits of the story we couldn’t get, or the crazy ants weren’t there. We had to try over two different seasons and three different crews to try and tell that.”

“It’s often that the stories that you think could be quite easy turn out to be tricky,” White said, “and something like the penguin story–which I had nightmares around–turned out to be very straightforward. Of course, you turn up and there’s 1.5 million penguins to film. So you never quite know, but that’s the joy of documentary filmmaking.”