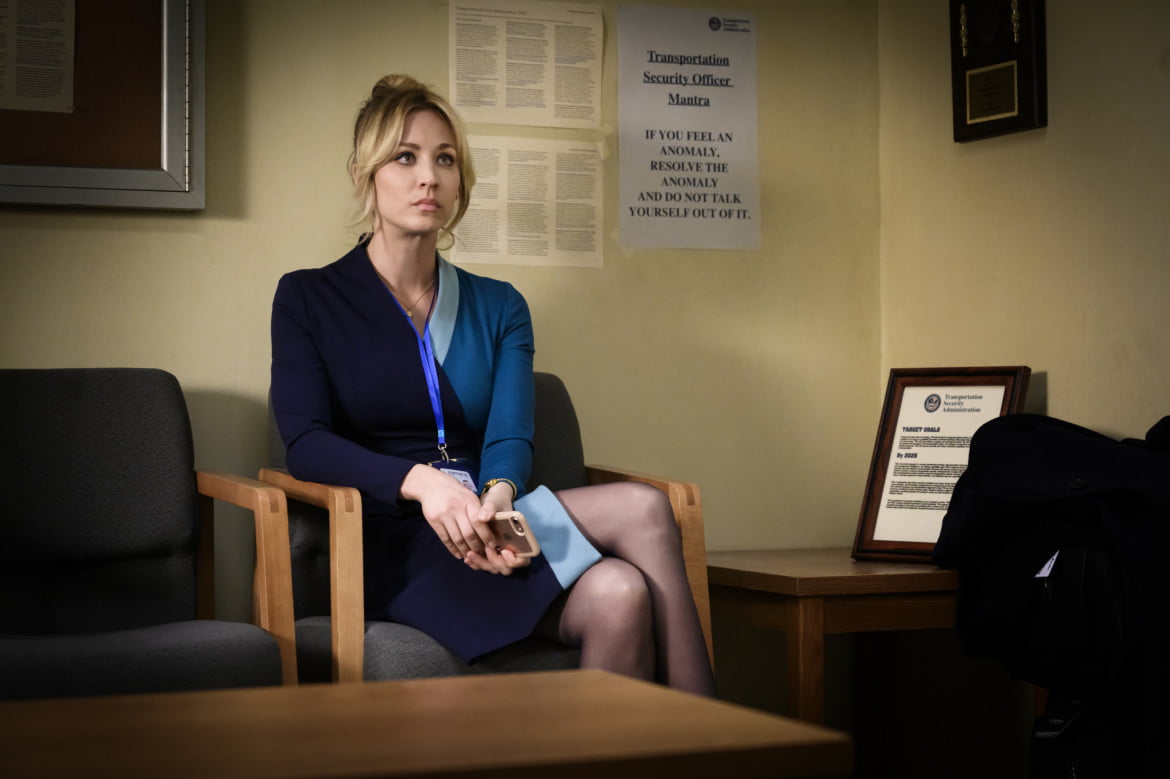 The limited series equivalent of a comedically nasty, but pleasingly intoxicating beach read, The Flight Attendant is an intricately drawn mystery that moves at a swift, effortlessly bingable pace. A project that finally gives star and producer Kaley Cuoco a proper, headlining showcase, The Flight Attendant deliriously rolls through its twists and turns through the lens of an unreliable, frequently blackout drunk narrator and the input of a long dead corpse. If that sounds strange, you’d be right, but within the weirdness of The Flight Attendant is an effective character study and a genuinely fun whodunit. The fact the show – adapted by series creator Steve Yockey from a novel by Chris Bohjalian – seems to have little clue where it’s heading next is part of the fun, and a great reflection of the trainwreck main character at its centre.

Cassie Bowden (Cuoco) is the titular air stewardess, an alcoholic who has burned every candle in the factory at both ends for far too long. One can imagine her being great friends with Denzel Washington’s perpetually hammered character from Flight. The word “caution” doesn’t enter into Cassie’s vocabulary. On a route that takes her to Bangkok, Cassie flirts heavily with Alex (Michiel Huisman), a charming and apparently wealthy businessman travelling first class. During her stopover, the two go on a date. In typical Cassie fashion, she drank so much that she can’t remember anything that happened. That proves problematic when she wakes up next to Alex, who gruesomely had his throat slit sometime overnight. In a panic, but (relatively) sure that she didn’t kill her hook-up, Cassie tries to cover her tracks and keep the secret from local authorities and co-workers. But as American FBI agents start getting closer to fingering Cassie as a suspect, she investigates Alex’s murder, carrying on a running dialogue with the dead man in her mind. Cassie hopes she can piece together enough information from that lost night to clear her name, but self-medicating has turned her memories to mush.

The tone of The Flight Attendant plays like Paul Feig’s A Simple Favor by way of vulgar auteur darling Brian De Palma, complete with an obvious affinity for multiple split-screens in every episode.The Flight Attendant is nasty business, but a lot of it is played for cheeky laughs that are both in bad taste and yet wholly appropriate given the outlandish premise. While The Flight Attendant handles Cassie’s alcoholism as appropriately tragic, the character herself comes down perfectly between self-awareness and obliviousness. Cassie isn’t a dummy, but she’s prone to doing stupid things in hopes of numbing the pain of her existence. She needs help, but her friends and co-workers have known her to be a functional alcoholic for so long that they figure Cassie will just figure things out on her own and come out on top in the end. 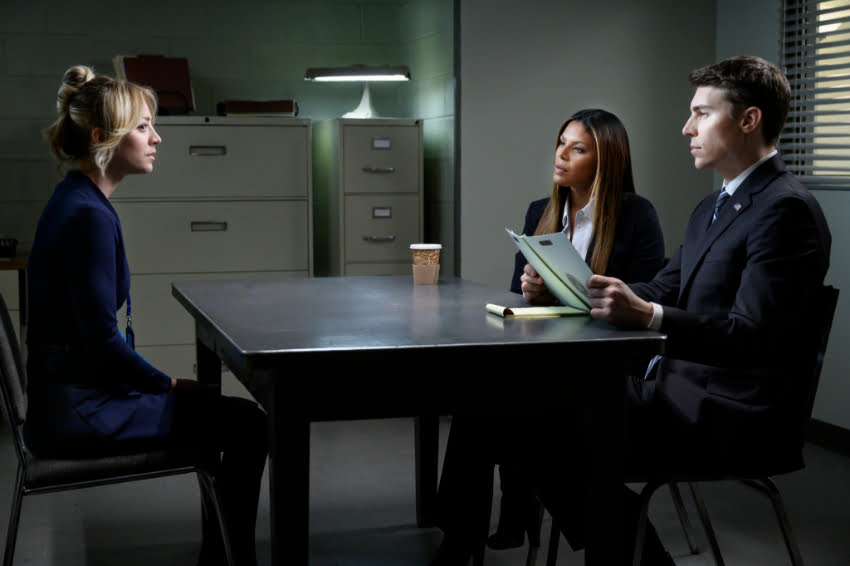 Cuoco’s performance as Cassie is sensational. It’s a turn that doesn’t walk the line between making the character sympathetic or unlikable. It’s one that’s drunkenly stumbling into both territories depending on Cassie’s stress level or inebriation. It’s a fascinating portrait of a functional alcoholic whose driven to drink (harder) at the first sign of stress. Like many studious alcoholics, it’s often hard to tell how sober Cassie is at any given moment. Her blackout tendencies are a major cause for concern as far as the overall plot of The Flight Attendant is concerned, but like many addicts, she’s also a liar. Is she genuinely sober or is she lying to her friends, the cops, and the viewer? This duplicitous behaviour makes Cassie a perceptive, but inexperienced sleuth. As a well rehearsed liar, Cassie can often suss out whenever someone isn’t being forthcoming. Cassie often does inexcusable things to those around her, but Cuoco and Yockey’s increasingly layered character work is a good example of a solidly constructed story told from an unstable point of view.

Cuoco has a likable chemistry with Huisman’s only occasionally helpful spirit, who pops up whenever Cassie needs to slow things down and analyze new facts and clues. He’s as unreliable as Cassie (even more whenever the viewer remembers that he’s a figment of the main character’s imagination), but these deceptive tendencies branch outward to most of the show’s key supporting players. Zosia Mamet is a major standout as Cassie’s snarky, put-upon best friend and lawyer, stealing every scene she’s in and acting as an unlikely audience surrogate. Rosie Perez gets to play coy as one of Cassie’s co-workers, who’s shadily up to something that could either be sinister or innocuous. Merle Dandridge and Nolan Gerard Funk establish a nice good cop/bad cop routine as the FBI agents investigating Alex’s murder on behalf of the state department, with the former wanting to conduct a proper investigation and the latter so convinced of Cassie’s guilt that he deems the case to be a slam dunk. Ann Magnuson pops up for an ominous performance as Alex’s curiously terse and well connected mother, while Michelle Gomez has a blast playing a mysterious and dangerous woman who might hold all the answers to the case. And while there’s not a lot of good to be found in these characters, there is some warmth to be found in the performance of T.R. Knight, who plays Cassie’s gay, constantly concerned, family man brother.

A lot of the big reveals about the case’s ties to long dormant secrets, shady business deals, and warring interests are somewhat cliched by this point, but the steps taken by The Flight Attendant to get to those details are what matter most. It’s also set amid the sort of nouveau riche, globe trotting lifestyle that so many bestseller and prestige series thrive on, making it hard to relate to on a deeper level than mere entertainment. Each episode of The Flight Attendant, in typical limited series fashion these days, opens and closes with a flourish designed to make viewers keep watching until there’s nothing left. It’s a tactic that works better with mysteries than it does most any other type of series, which is probably why the genre has undergone a major resurgence over the past decade. The Flight Attendant is a great addition to that lineage of addictive, crowd pleasing series. It’s every bit a page-turner and pulpier than full flavour orange juice. 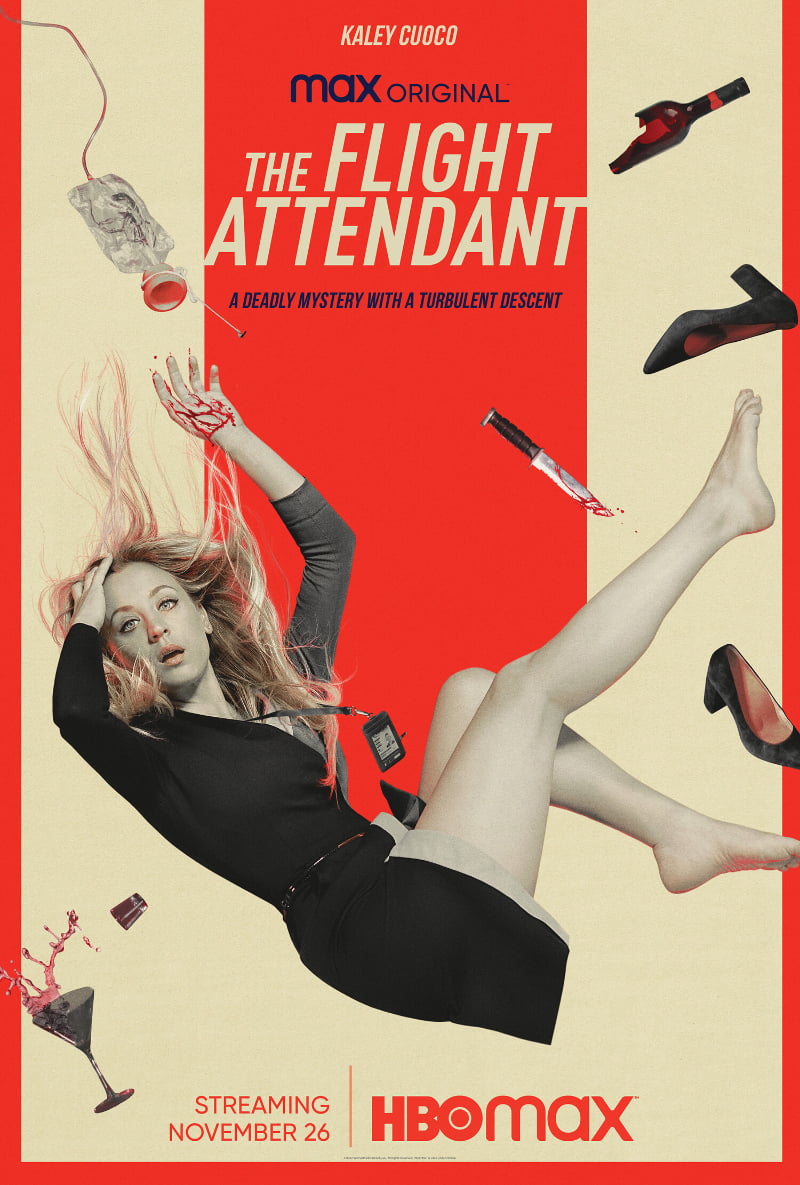