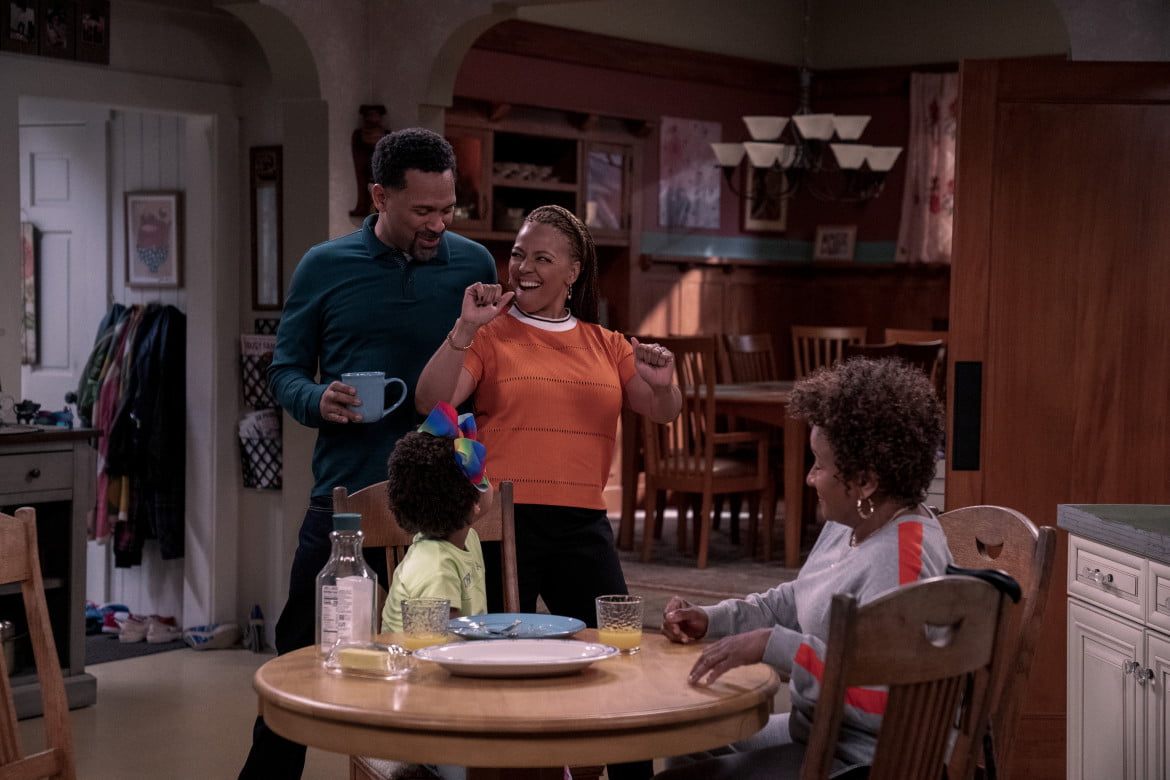 The Upshaws is exactly what you need to watch on Netflix right now. The new sitcom is like nothing else on TV, and frankly, it’s like nothing I’ve seen on TV in years, and that’s all because of Mike Epps, Wanda Sykes, Kim Fields, and Regina Hicks.

The series is hilarious, irreverent, honest, and takes inspiration from that classic era of old school sitcoms, but with a modern spin that’s completely refreshing.

The Upshaws doesn’t pull any punches, it’s sweet and raw in equal measure, and it was co-created and executive produced by Sykes and Hicks, alongside Epps who also executive produced the show. The jokes, and some of the best moments often hit harder than you might expect, and that’s the biggest strength of the show.

“They’re strong characters and we’re touching on some topics and subjects that’s going to be music to people’s ears,” he added.

For Fields, the role was something new for her, and she loved the dynamic between the characters.

“We’re a different kind of power couple, in our own crazy way,” she said. “We don’t own a record company, we’re not selling drugs, we’re just trying to survive at this point. And to be able to do that in such a real way, and to have the history that we have… it goes back to the great work that Wanda, Regina, and the writers room, with Mike hovering over that… and they embrace their imperfections, and the parts that really make them human.”

The ten-episode sitcom is packed with fantastic storytelling, but for Sykes, one episode was key to the whole show, and that was “The Hook-Up”.

“To see Benny and Regina at that restaurant, you got why they were together, and you got how they worked,” she said. “You understood that couple, and you saw their dynamic, how they talked to each other and how they worked through things. How Regina was able to pick through what Bennie was saying and get, what is the issue? What’s the problem.”

The Upshaws is streaming now on Netflix.