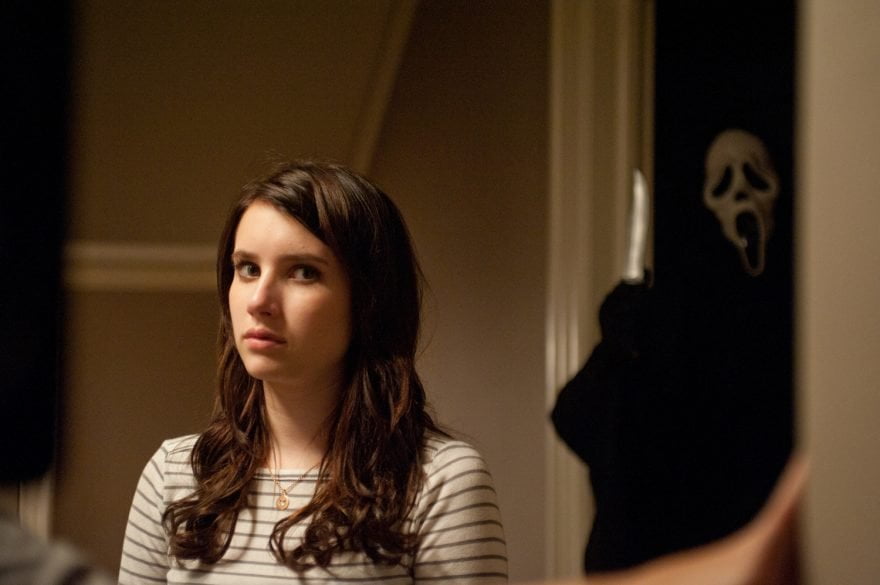 Women’s Health magazine (WomensHealthMag.com) has Scream 4 star Emma Roberts on the cover of their April 2011 issue, and in the article she talks a bit about the latest film by director Wes Craven, which opens in theatres today.

“We did a lot of chase scenes in the move,” Roberts said, “and I’d get so freaked out. Even though you know it’s not real, part of you still has this scary adrenaline rush.”

When asked about Roberts, Craven said, “She knocked our socks off. She is intelligent and was able to pull a real performance even from her audition which we did via Skype. She has a great combination of an all-American look and tremendous gravitas and force.”

“Most actors would sit around Twittering,” Craven said. “She reads serious books and has a knowledge of several centuries’ worth of literature.”

When she found out she got the role of Jill Roberts in Scream 4, Roberts said, “I was just shocked and excited. I was most excited that Neve Campbell, Courtney Cox, and David Arquette were coming back just because they’ve been doing these movies for so long, they must really believe in this one if they’re coming back for it.”

“Having Wes Craven to work with as a director was really amazing. I mean, I really respect him and admire him so it was nice to get to work with him.”