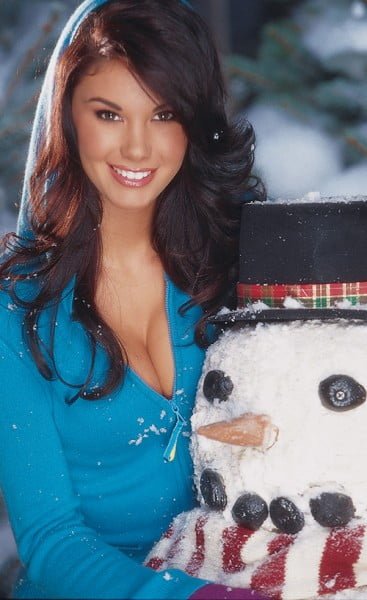 Jayde Nicole is a small town, Canadian girl, who actually started out studying hotel management at George Brown College in Toronto. That is, she studied there until she realized she wanted to be a model.

That dream of modelling led her to the steps of one of the most well known men’s magazines in the world – perhaps you’ve heard of it – it’s called Playboy, and they’ve named Miss Jayde Nicole their Playboy Playmate for January 2007. It’s the kind of success that a lot of models dream of, and The GATE had a chance to talk to her about how it all came to be after her recent appearance at the Playboy Spring 2007 Fashion Show in Toronto. Here’s what she had to say about the experience, and what she wants to do next…

When did you first know you wanted to be a Playboy model, and how did you feel once you finally made it?
“I actually said no the first couple of times people had asked me to cast for Playboy, because I was uneducated as to what Playboy really was. Once I was in LA at the studio in front of the photographer shooting my test I knew this was something I really wanted to do. Now that I have done it, I feel amazing. I am so glad to be a part of the Playboy family!”

How have things changed for you since you posed for Playboy? Is it an ongoing party or has it been a lot more work too?
“There has been a lot more work, but also a lot more partying [laugh]. They kind of coincide; sometimes I work by attending a party. I love both sides of it. I am a bit of a work-o-holic, so no complaints here.”

What do you want to do next?
“I try not to think about the future anymore [laugh]. If you would have asked me 6 months ago what I would be doing right now… there is no way I could have predicted this. I hope to continue working with Playboy, modeling, running my agency, traveling as much as possible, and just enjoy life. I love spending time with my friends, family, and tea-cup Chihuahua Pumpkin, so I am going to do a lot of that. I love music. So I am going to try and go to as many concerts this year as possible.”

View the gallery of images from Jayde’s appearance at the Spring 2007 Playboy lingerie runway show.