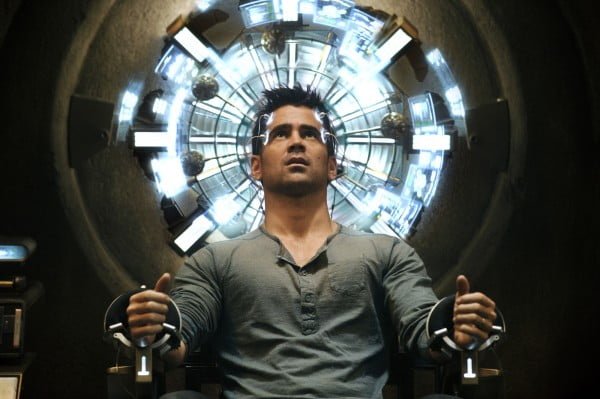 Toronto has played a multitude of cities on film and television, but director Len Wiseman’s dirty, urban remake of Total Recall takes the city to a new level with Colin Farrell as our confused hero, Doug Quaid.

Set almost impossibly in 2084, when the world looks more like it should be 2384, we discover that the Earth has been devastated by chemical warfare, leaving most of the planet uninhabitable. The only countries left, where people can actually go outside without a gas mask, are Great Britain, and Australia, the latter now known as the Colony.

Lowly workers live in the dirty Colony, and take a massive shuttle system through the core of the Earth to work in the Federation of Britain, with the whole trip taking less than 20 minutes.

For Doug, who builds robots in the Federation, life is dull, and he is being plagued by a vivid nightmare that seems all too real–more real than his waking hours. When he gets rejected for a promotion, he decides to try something dangerous: Rekall, a company that offers experiences plugged right into your brain, making you feel like you have actually lived any adventure.

When Doug chooses the life of a secret agent who will save the world, it seems like the ultimate vacation from his reality, until the police storm in as he’s being plugged into the Rekall machine and kill everyone except him. As he is about to be arrested, something clicks inside him and he takes the entire squad of police out, escaping back to his home where things get really strange with his wife, Lori, played by Kate Beckinsale. 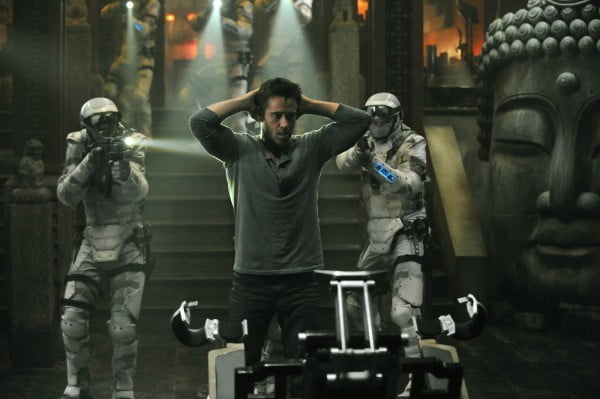 Early on, the question for Doug is whether everything he is seeing is real, or some fantasy being pumped into his brain, but for anyone paying attention, the film feels obvious–Doug is not imagining what is happening. The lack of ambiguity is the film’s first real flaw, but it’s not the last problem I had with Total Recall.

Wiseman has crafted a fun film, some of the time, and Beckinsale turns out to be a great villain without chewing on the scenery, even though her character seems to be written *to* chew soundstages whole. Beckinsale finds a way though to play Lori as one of the more convincing female villains I’ve seen in a while, while also kicking ass every time she faces off against Doug.

The visual effects team behind the film also represent this future stunningly, with a dirty, grimy, and yet beautifully next-generation style that reminded me a lot of Blade Runner.

Wiseman’s Total Recall also veers away moderately from the original film, with all of the action taking place on Earth, rather than on Mars. The screenplay by Kurt Wimmer and Mark Bomback pays tribute to a lot of elements of the original, while making this film feel fairly independent. Although the setting and elements of the story are ultra-futuristic, the funny thing is that the film comes across as science fiction lite–the film spends more time in chase sequences than it does dealing with Rekall or what this new era on Earth really means for its inhabitants. Aside from peeks at technology, the science fiction elements feel like add-ons, rather than part of this future story.

And that brings me to my biggest problem, which is the film’s tedious middle. Where the beginning of the film flows at a good pace, and the end is a powerhouse finale, the middle drags thanks to chase scenes that seem to have no end. We’re dragged along behind Doug, and there’s a point where even the most spectacular visual effects can’t improve the fact that the film has settled into a rut for far too long.

My complaints aside, I actually enjoyed Total Recall, and even with the tedious scenes, the film improves on the original in a lot of ways, except of course that the original Total Recall felt kind of cutting edge at the time, with its ultra-violence and strange style.

Wiseman deserves credit for this film, he just missed some big opportunities to reinvent a storyline that was ripe for an even fresher new take. 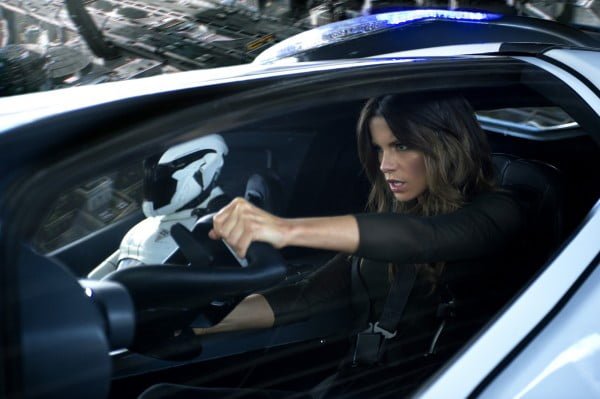