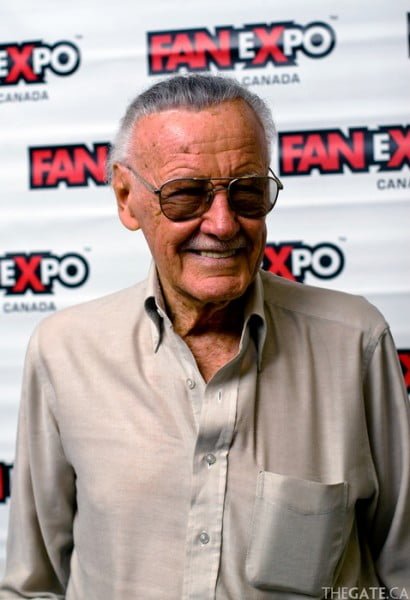 Spider-Man, the X-Men, Iron Man, the Hulk, the Fantastic Four, and The Avengers: they’re the stuff of legend, and since the 1950s they have helped turn Marvel Comics into a publishing powerhouse, spawning huge movie franchises, and feeding the imaginations of fans both young and old. But the most notable thing all of these characters have in common with each other is a much bigger deal: as any fan will tell you, they were all created by the great Stan Lee.

For over 65 years Lee has been creating superheroes, writing stories, and earning the respect of fans around the world. He served as president and chairman of Marvel Comics, has his own media company, and if you watch carefully, you’ll see him in nearly every big screen adaptation based on his creations.

Lee has also appeared in video games, movies, and on television, including a memorable appearance on The Simpsons episode, “I Am Furious Yellow,” and most recently on “The Big Bang Theory.”

During this year’s annual Fan Expo event in Toronto I was lucky enough to chat with Lee about his career, and as a long-time fan the opportunity was quite simply one of the greatest moments of my career.