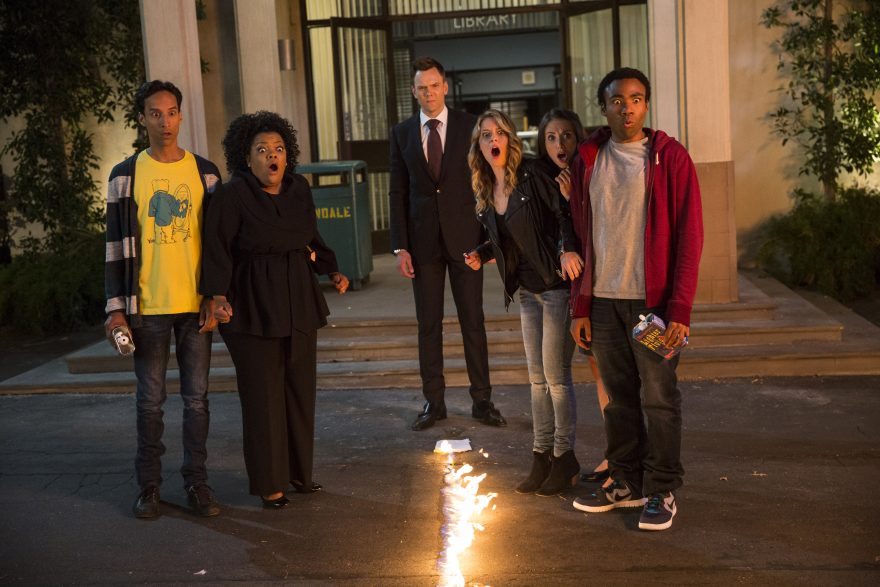 This was a big spring for cancellations. If you read the full list of cancelled TV shows over on US Magazine, it seems like almost every new show was axed, and a few old ones too. In total, this year’s “Black Monday” claimed 38 shows.

Networks cancel a lot of shows every spring, although this year’s list was a little record-setting, but the biggest disappointment for me was the fate of Dan Harmon’s NBC cult-favorite, Community, which was finally cancelled last Friday after essentially five years of speculation that the series would never see another season on the air.

For the most part, I won’t miss many of the shows that were cancelled. I’ve become fairly objective about television, and I choose my favorites very carefully now. Among those shows I don’t go in for many of the sitcoms or procedurals, and aside from J.H. Wyman’s Almost Human–one of my other rare favorites from the last year–Community getting the axe was kind of devastating.

At the same time, I can’t say that I want the show to live on, if it had the chance elsewhere, which is something that’s being discussed. Community was uncommon, and sometimes even spectacular, but over the years it changed and evolved, and the last season was just a notch less compelling for all of those changes. It was a mercurial experiment almost year-to-year, and I don’t know if it could ever be as fantastic as it was during seasons two and three, even if it found a new home somewhere like Netflix.

Yes, the show had a certain charm even after Donald Glover left, but I don’t know that it was quite as perfect as it was with the duo of Glover and Danny Pudi with their Troy and Abed routine–the Geordi La Forge and Data of the last few years.

Even Chevy Chase leaving the show had a certain impact, whether you were tired of Pierce Hawthorne’s storyline or not.

Maybe, this will mean bigger and better things for Harmon, and hopefully it will also mean great things ahead for actors Joel McHale, Pudi, Alison Brie, and the genius that is Jim Rash. The whole cast was wonderful, but these four, plus Glover if he ever returns to acting, would be my favorites who I expect could do great things.

By the looks of it, while Harmon has not said he wants to kill the show off now, it does sound like he is not going to avoid keeping the show alive either.

On the bright side, I’m at least really happy I had the chance to interview the zany Community stars, Pudi and Brie, before the show ended. That interview, as weird as it was, is still a favorite, and it’s The GATE’s most-viewed video interview to date.