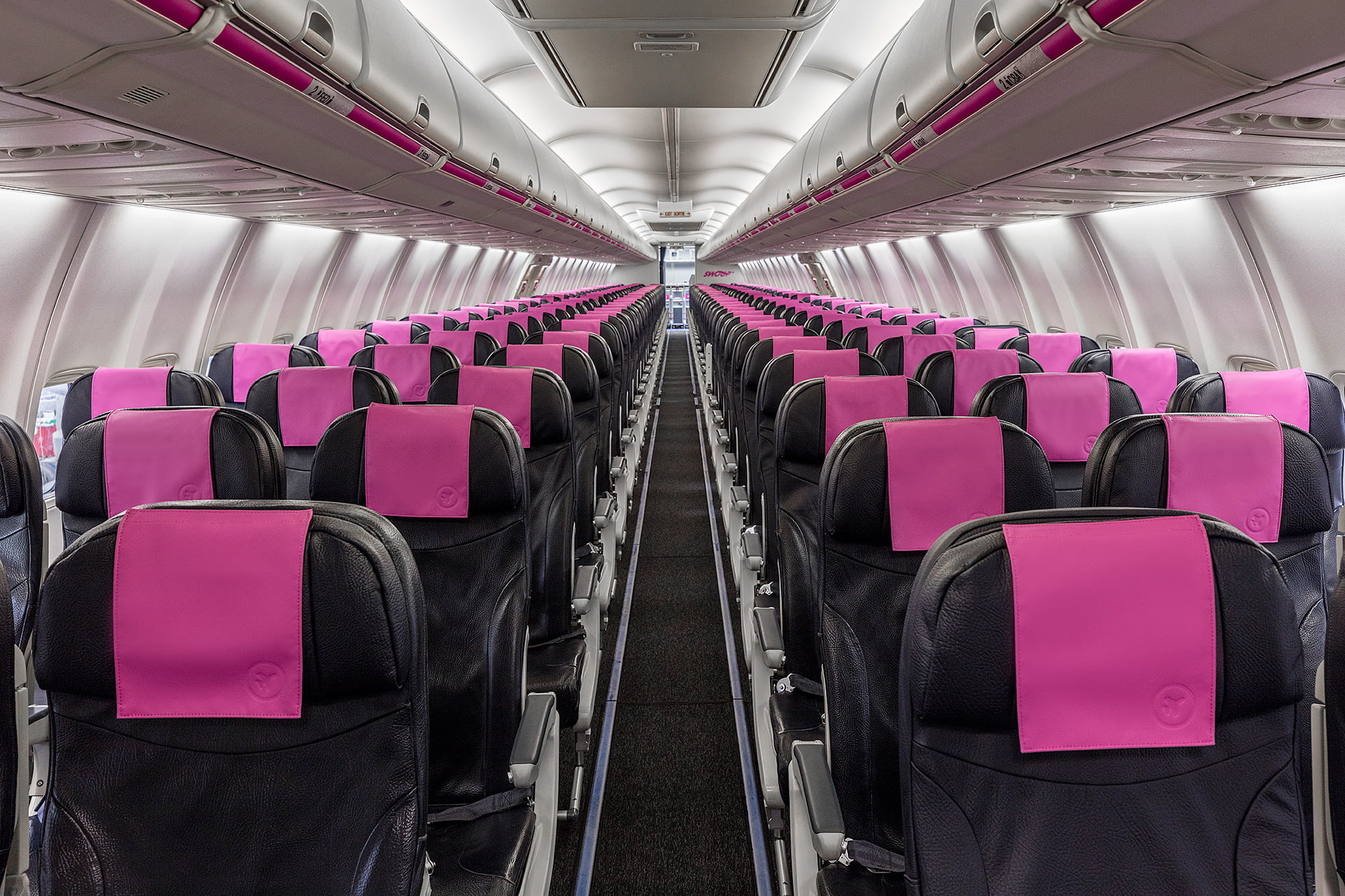 Travelling is one of the greatest adventures out there. By far, it’s the best way I can think of to spend money, because it’s fulfilling, and frankly soul-filling. It’s also generally expensive, so when I was headed to Las Vegas for CES and I wanted to save some money, I ended up looking at Swoop airlines for a change.

Operated by Westjet, Swoop is a rare thing: it’s a true discount airline, something that Canadians have frankly never really seen much of in this country. I was unaware of it myself, until a while ago. If you were to go here, you’d know that Westjet is just one of the flights that offers discounts. For my flight to Vegas, the price was a rather astonishing $99, and all I had to do was get to the Hamilton airport.

Compared against the other airlines when I booked about 7 weeks before the trip, the difference between Swoop and any other airline was about $250 one-way, and as high as $700 more in some cases, particularly for direct flights. I did also go through the private charter information to stumble upon the fact that the idea of travelling on a private jet actually is great and quite reasonable; but maybe next time.

If I had to suggest a caveat, it’s simply the trick of getting to Hamilton airport. If you live in Toronto like me, and don’t necessarily have someone who can or will drop you off, you can hire a shuttle services for about $140, find some magic way of using transit (which will take hours), or you can book Lyft or Uber for about $90 from the west side of Toronto.

This is the first point where you’ll have to do some math to make sure Swoop is worth it, but in my case it definitely was. For those near the Hamilton airport, or who can get a drive to the airport, it’s a great alternative to Toronto’s Pearson airport.

Next, there’s the seats and baggage. Swoop only allows one personal item for free, so you can bring a small backpack or duffel bag with you for free, as long as it fits under the seat in front of you.

A carry on bag, like a small suitcase, averages about $36.75 to $51.75 for one, and a checked bag is between the same range. As long as you pay in advance, you’ll get the cheaper end of the range, but if you don’t pre-pay and check something new at the airport, the price goes up.

Seats on the other hand range in prices from about $16 to $45 on the flight I was on, with more expensive seats near the front.

Rather than pay for a seat, I let Swoop choose one for me for free, and while I ended up in a row with two other people, I’d still call that a small sacrifice when most flights tend to be full anyway and in return I didn’t have to spend an extra dime.

Arriving at Hamilton airport, I got there 2 hours early, which turned out to be more than necessary, but for a flight into the U.S. it is better safe than sorry, and while I think an hour would have been enough time, I’m not sure that’s worth the gamble. Swoop recommends 90 minutes early for domestic, and 2 hours for the U.S., and they take checked baggage until 45 minutes before the plane takes off.

There’s also a magazine store that sells snacks, there’s a vending machine, bathrooms, a Best Buy vending machine, an ATM, and lots of seating. There are also a number of places to plug in your devices if you need a charge, as well as complimentary internet that’s fast for browsing, but will take some time to download anything like a movie or a large playlist of music.

Boarding is on the tarmac, so after getting your ID checked at the gate inside the terminal, you walk out and board the plane.

On board, there are drinks and snacks for purchase, and they have an app for in-flight entertainment. Since you will need to put your devices into airplane mode before you fly, I’d recommend downloading the app before you leave the terminal.

Laptops don’t need the app to stream content from Swoop’s service, but my Chromebook was unable to stream anything, likely due to missing software. Windows and Apple machines should have no problem, but you should verify before departure if that’s important to you.

Part of the deal for the flight means that there are no free amenities on board the plane, and so there are no free drinks or snacks during the flight. That’s a small price to pay, if you ask me, and you can either buy snacks in the airport, or purchase some snacks off the menu, but a credit card is required as they don’t take cash (like other airlines in Canada today).

The seats themselves were fine, and while they weren’t anything fancy, I had plenty of legroom, which is not something I can always say on cheap flights. The seat has a tray, an overhead light, and it was decently comfortable, but the best feature is the power plug, so you can plug in your devices with a three-prong wall plug or a standard USB cable.

The staff were otherwise professional, and there is one bathroom at the front of the 737-800 I was on, and two at the back.

While the cost of getting to and from Hamilton may not work for everyone, I can think of a lot of cases where saving this much on flights is a big deal. Swoop flies to a number of destinations in Canada and the United States too, so there are some interesting opportunities.

It’s worth remembering that flights booked with Swoop can’t be changed or cancelled, so once you’re booked you are locked in. As well, if there are weather issues and your flight it delayed, it’s possible that you could have to wait until the next day to fly. For instance, there is only one flight per day to and from Las Vegas on Swoop, so if it’s delayed, it’s a full 24 hours between flights.

Still, the round trip to Las Vegas would have been just $250 for me, with taxes, and that’s an impressive deal. You will need to be flexible, but when you have the chance to save this much on a flight, it’s enough that you could go out for a couple of nice meals together on your next adventure, or possibly even book a vacation to begin with if you’re on a tight budget.