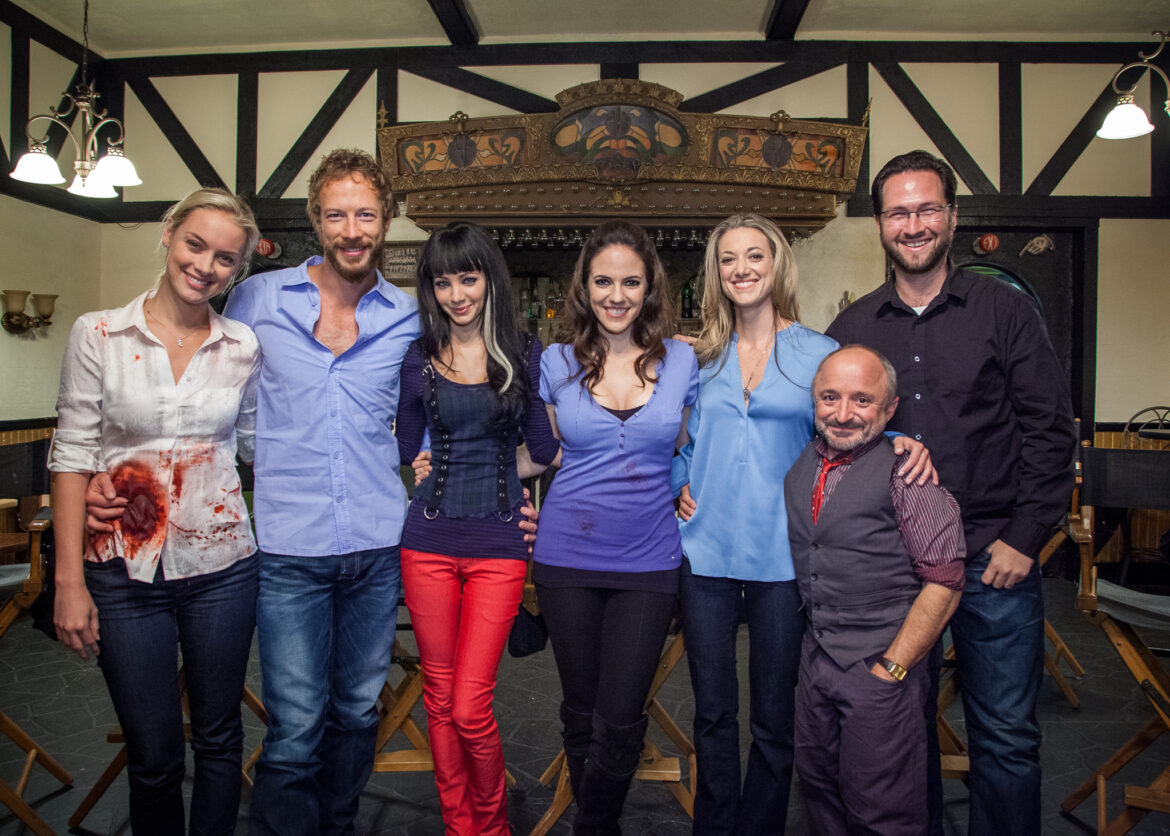 There have been a lot of amazing things in the years I’ve been running The GATE, and some of my favourite moments were covering TV series, especially ones shot here in Toronto.

One of the first shows I went on set for was the pop music inspired Instant Star in 2004, starring Alexz Johnson, Tim Rozon, and Laura Vandervoort, to name a few.

It was the first time I had been on a set since I was an extra in 1999, and I loved every minute of it. Over the years I was on a lot of Toronto sets, from Killjoys and Orphan Black, to 12 Monkeys, Dark Matter, Bomb Girls, The Listener, Defiance, and Warehouse 13.

One of my favourite sets to visit though, especially because I was on set a number of times, was Lost Girl. The team behind the series, including the cast, showrunners, and the creative team were all some of the most wonderful, down-to-earth people I met on any set. And I spent hours on that set, watching takes, chatting with the cast, and seeing how the show was made.

From 2011 to the final season in 2015, I spoke to writer and later series showrunner Emily Andras, producer Vanessa Piazza, and all of the main cast, from Anna Silk, Kris Holden-Ried, Ksenia Solo, and Zoie Palmer, to K. C. Collins, Rick Howland, and Rachel Skarsten.

The videos and photos from those set visits were some of the most popular content I shared over the run of the series, too. My interviews with the cast have over 360,000 views on YouTube, and I didn’t even share all of the content I captured on the set.

To help celebrate The GATE’s more than 20 years, I thought now would be a good time to share some of my favourite photos from chatting with the Lost Girl team, including a few photos that I’ve never shared before from the set. A lot of times, media aren’t allowed to take photos on sets, especially during filming, but often during rehearsals too, so some of these shots are a real treat, for me as much as any fans.

If there’s some interest, I may also be able to find some on-set video I captured as well that I’ve never posted before. Leave a comment and let me know if you’d like to see that, and I’ll see what I can do.