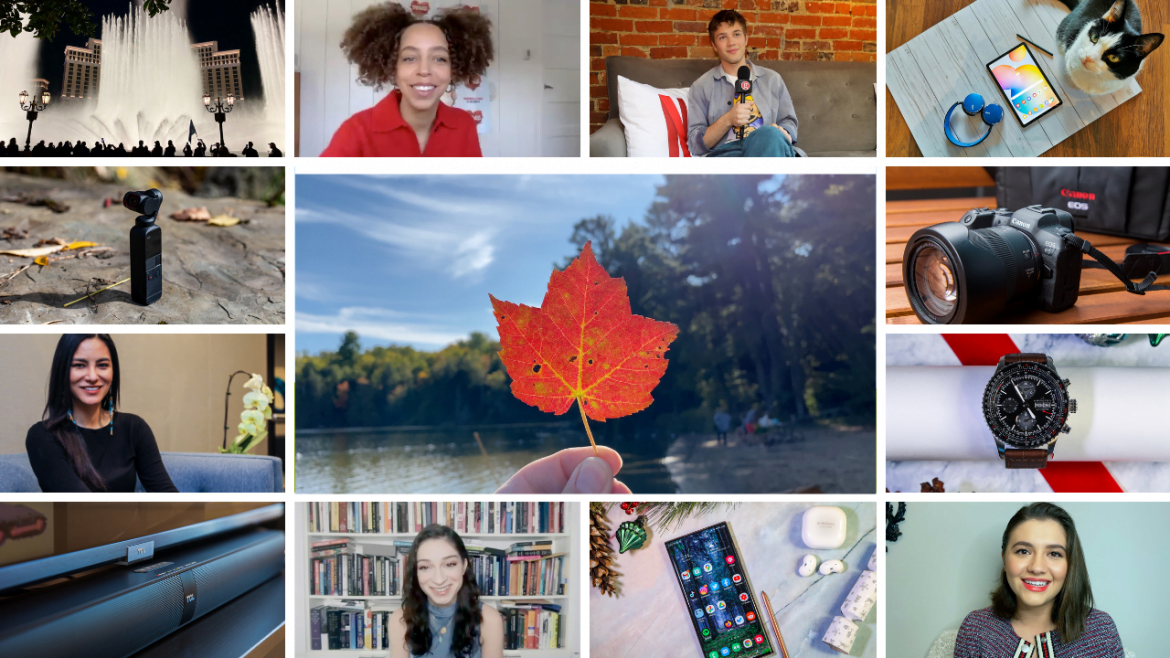 This year was a tough one, wasn’t it? We all have some complicated thoughts about 2020. For me, it taught me a few things, and made me feel very fortunate, even though it was a year without travel, major events, or big family get togethers.

I had ups and downs in 2020. There was a lot of work, some challenging days, and it was tough mentally, physically, and financially too. I’m privileged, in ways I don’t acknowledge often enough, and among the weird days, there was brightness too.

For one thing, I feel very fortunate to have had so much time with my wife and daughter. When we normally only have a couple of hours together, this year gave us time to just be together, even if we weren’t doing much.

As far as The GATE goes, I have a lot of thoughts about the year. So here’s a look back at some of the biggest moments, as both a recap, a celebration, and a marker to close out 2020. Thank-you to everyone who in any way helped make this year a positive one for The GATE. I appreciate everyone, from the visitors, readers, and viewers, to the publicists, marketers, and business partners.

This year really started with CES in January and five days of previews, events, and just plain geeking out over gadgets and technology. Between Samsung, DJI, Roku, Lenovo, TCL, and GoPro, it was my best year covering CES.

Then there was the Toronto Winter RV Show in January, the Canadian International Auto Show with BMW and Ford, and then the Toronto Spring Camping and RV Show. At this point, it felt like 2020 was going to be a big year for travel, but of course that didn’t pan out.

I did share a number of travel videos on YouTube, but outside of a story on camping, and one about St. Andrews-By-The-Sea, I have to admit that I didn’t want to really promote travel amidst the pandemic.

And otherwise, for one of my last in-person media events, I checked out the Samsung Galaxy Z Flip with Dani Roche and Alexander Kenton Liang. It was a great event, and the last thing I went to before cancelling all my plans.

This year was a pretty great year for interviews though. I only shot a couple in-person, with the cast of Utopia Falls on CBC Gem, actor Jessica Matten for Tribal on APTN, and Connor Jessup for Locke & Key on Netflix, but then I did a number of virtual interviews, starting with Billy Campbell and Karine Vanasse for the final season of Cardinal.

Comedians Donnell Rawlings and Vir Das chatted with me for JFL Northwest, Lee Majdoub called for Sonic The Hedgehog, Greg Barker and Wagner Moura chatted about Netflix’s Sergio, I did interviews for the incredible sci-fi drama Vast of Night on Amazon Prime Video, and I chatted with folks for Homecon, including some of the cast of Wynonna Earp.

Then there were virtual tech sessions with Huawei, Samsung, Google, Lenovo, and Paramount Home Entertainment (who also threw the most wonderful virtual holiday party for media earlier this month).

Canadian Club also hosted a fantastic session for a tasting celebrating their Chronicles 43 Year Old special edition whisky, with a themed box that required a code to get the key and open it. It’s a delicious whisky that makes a perfect celebratory dram.

For the launch of The Crown season 4 on Netflix, Google sent over one of the most incredible kits I’ve ever seen for their new Chromecast, in a “Red Box” like the one the Queen of England receives with daily news.

And then there was the 2020 Toronto International Film Festival, my 20th year covering TIFF, and it was different, to say the least. I only screened one film in-person–the Midnight Madness feature Shadow In The Cloud starring Chloë Grace Moretz–thanks to Acura Canada and the 2020 RDX. I watched a lot of films though, including 76 Days, Concrete Cowboy, Fireball: Visitors from Darker Worlds, MLK/FBI, One Night in Miami…, The Third Day, and Underplayed.

And then, before the end of the year, I got the Samsung Galaxy Note 20 Ultra; participated in a virtual panel with Jodie Whittaker, Mandip Gill, and Chris Chibnall for Doctor Who, “Revolution of the Daleks” (airing on New Year’s Day on CTV Sci-Fi Channel); and I interviewed Karolyn Grimes for It’s A Wonderful Life, as well as David Oyelowo and Demián Bichir for The Midnight Sky.

There was also a lot of tech to cover. I drove the 2020 BMW X1 xDrive28i, the iPhone 11, and I was one of the first journalists to review the Samsung Galaxy Tab S6 Lite. DJI also sent me the Mavic Air 2, Pocket 2, and Mini 2 to test out. There’s also the Huawei P40 Pro, and one of the biggest tech highlights of 2020, the stunning Canon EOS R5.

Oh, and Josh Gad shared my tweet review of Once Upon A Snowman, and Ontario Parks shared my photo of Silent Lake!

There were a lot of milestones for me and The GATE on social media this year. The GATE hit 10 million video views on YouTube and more than 13,000 subscribers. One day in June alone, there were more than 53,000 video views for one interview, and for the year, viewers watched nearly 110,000 hours of my interviews! That’s over 4583 days, or more than 12.5 years, which is just mind-boggling.

My personal tech and travel channel on YouTube also hit 1,000 subscribers, and between my own social channels and The GATE’s, I now reach more than 25,000 followers.

In November and December, the Holiday Gift Guides were also a huge hit, with the most visitors for the year, and I’m still counting up all the impressions and giveaway entries. The GATE also picked up a few thousand more social followers.

That’s just about everything! Thanks to everyone again, thanks for reading, and I’ll see you in 2021–one way or another.

Here are a few of my favourite social posts.