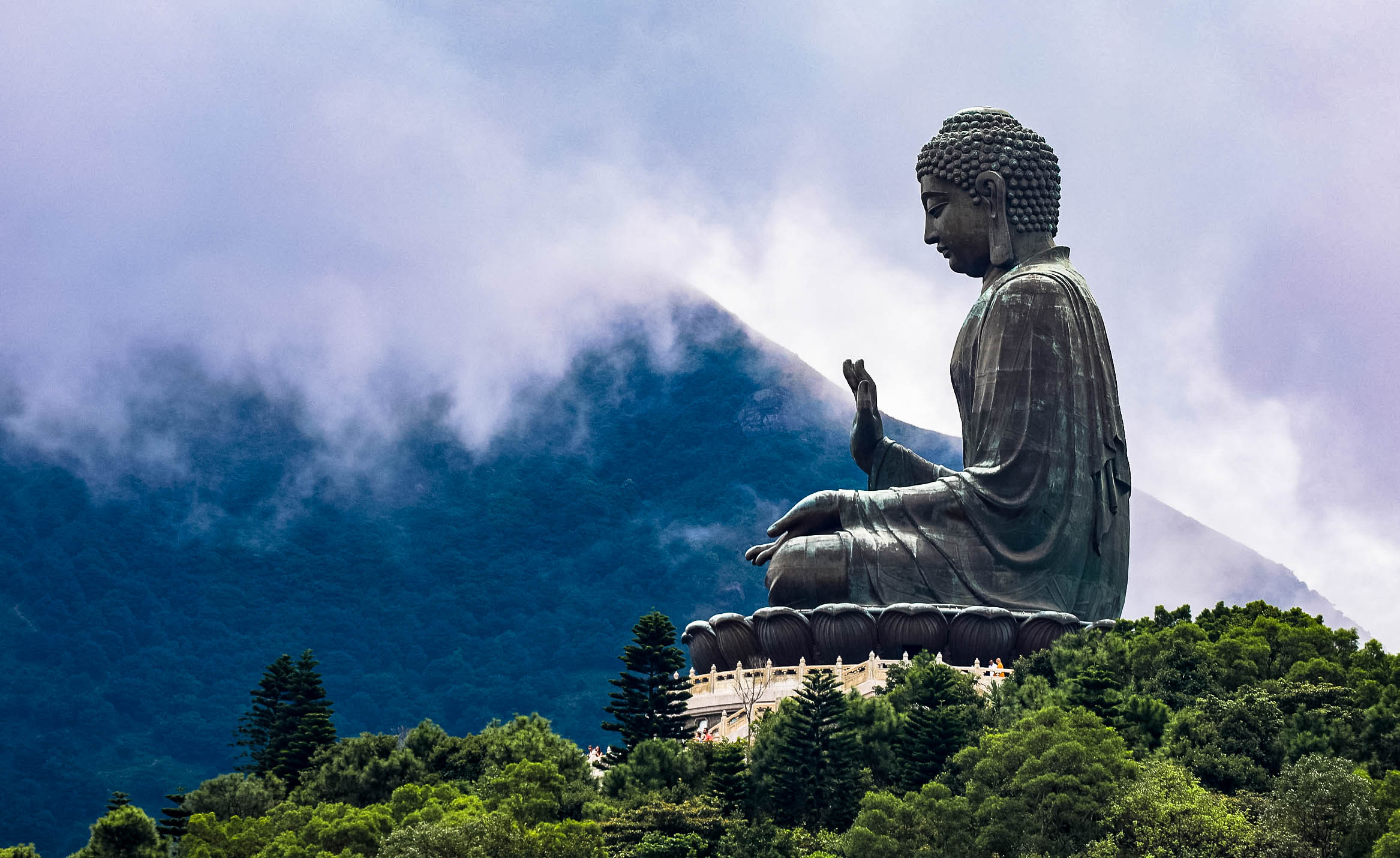 Thank-you, 2016. Yes, it was a tough year, both personally and as a fan of popular culture and its icons, but it was also one of The GATE’s best years. It’s worth taking a moment now at the end of 2016 to look back on some of the awesome that came our way over the last 365 days.

So what happened this year for me and The GATE? Between September and November alone I covered the Toronto International Film Festival, explored Walt Disney World, went to Hong Kong for a week, visited Regina, and then went to L.A. for a weekend.

It didn’t stop there either. There were dozens of interviews all year, film screenings, events, dinners, and things to see, do, and review. Here’s a breakdown on some of the best moments of the year that 2016 had to offer. 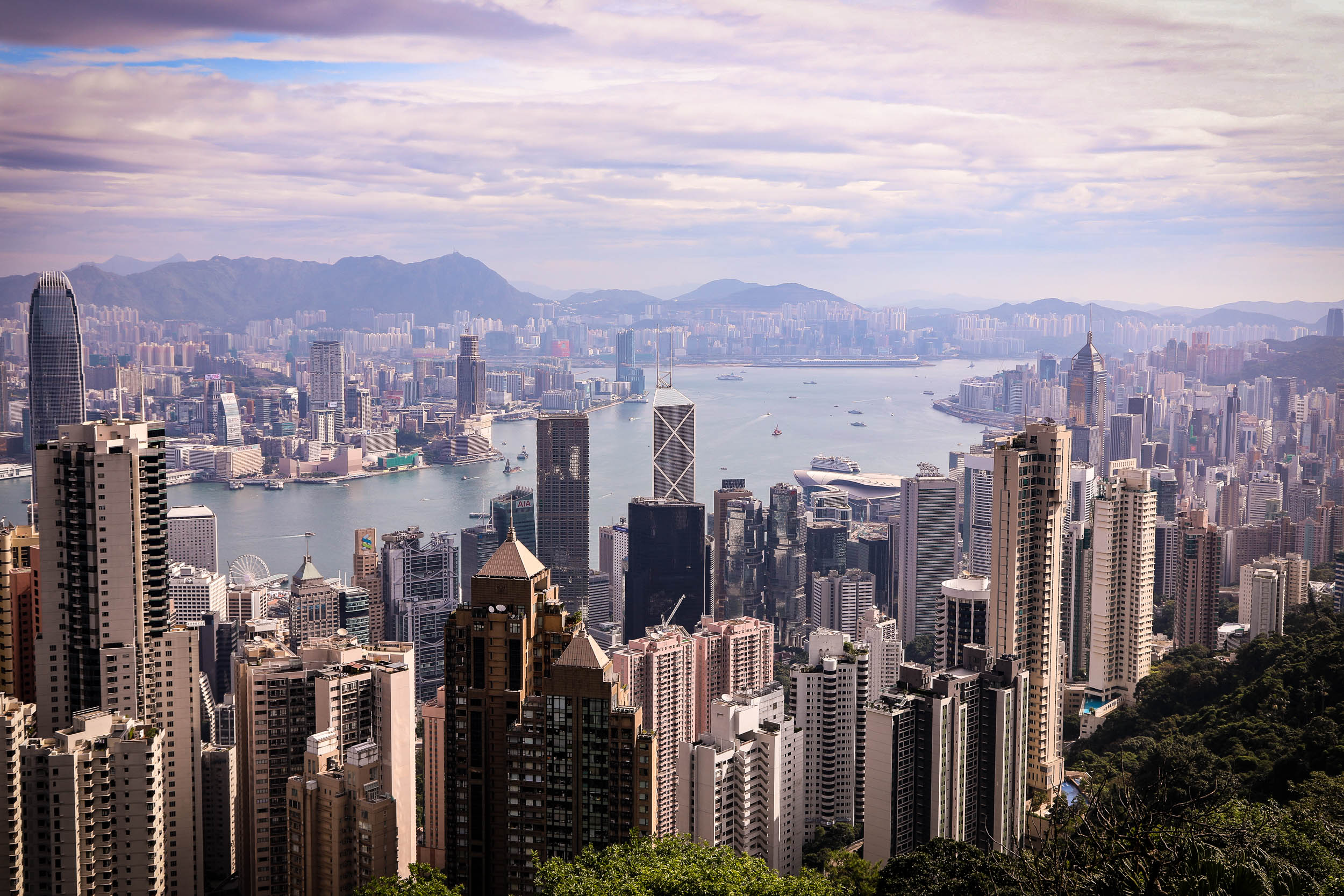 Hong Kong
This was a really special experience, and it was easily one of my biggest moments of the year. The trip was a true adventure, from the incredible flight with Cathay Pacific, in business class, to the room at the Renaissance Harbour View Hotel in Hong Kong. The FIA Formula E Championship, which kicked off their third season in Hong Kong, was fascinating both as a race, and as an opportunity to look at the future of electric cars, but it was also a wonder to explore the city of Hong Kong, from the Tian Tan Giant Buddha, to a drink at the top of the tallest bar in the city–Ozone at The Ritz-Carlton–and taking in the stunning view.

I’ve written a bit about the trip, and there’s still lots to share. Really, it was an incredible opportunity that I can’t stop talking about, and I barely scratched the surface of the city and region. 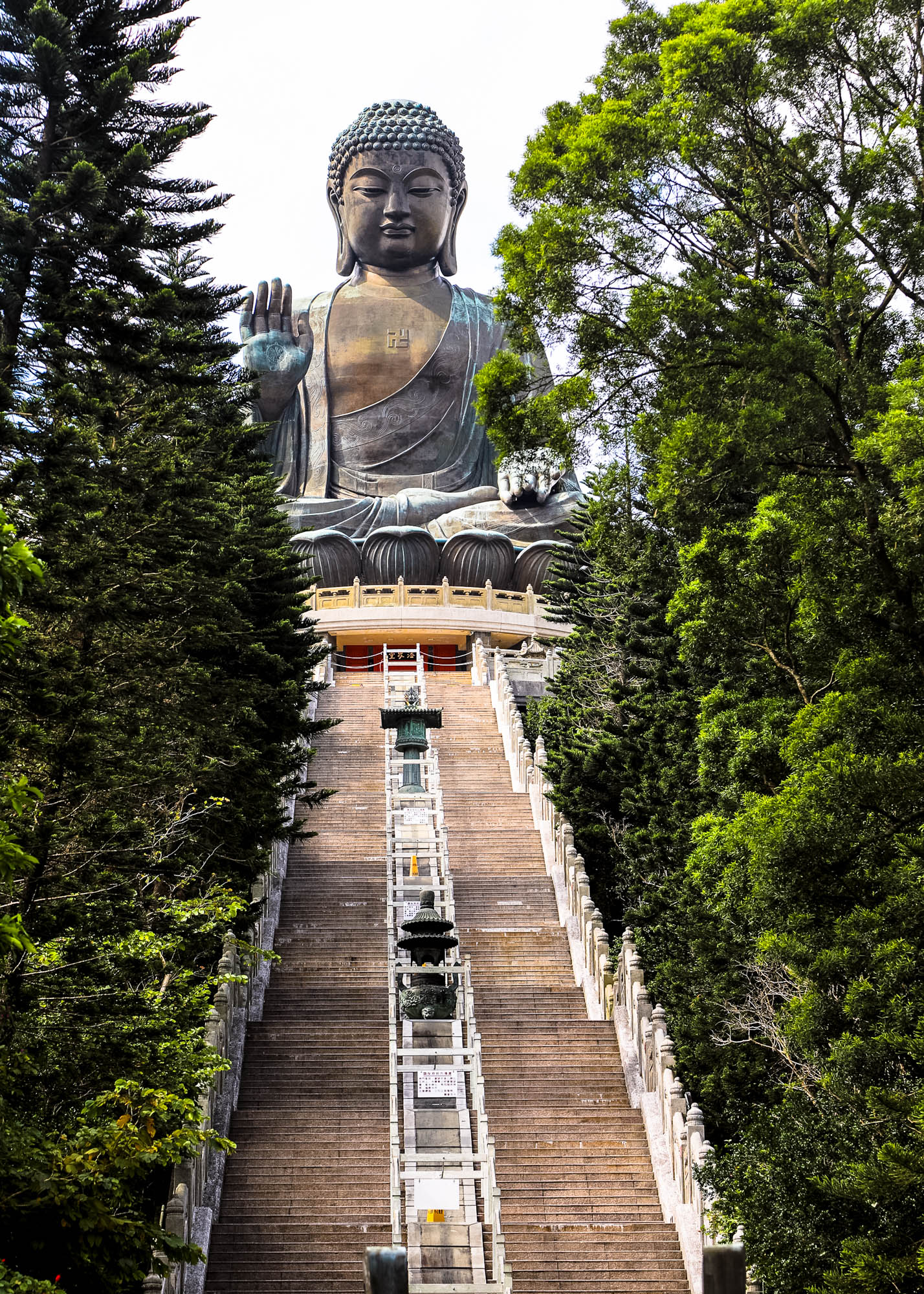 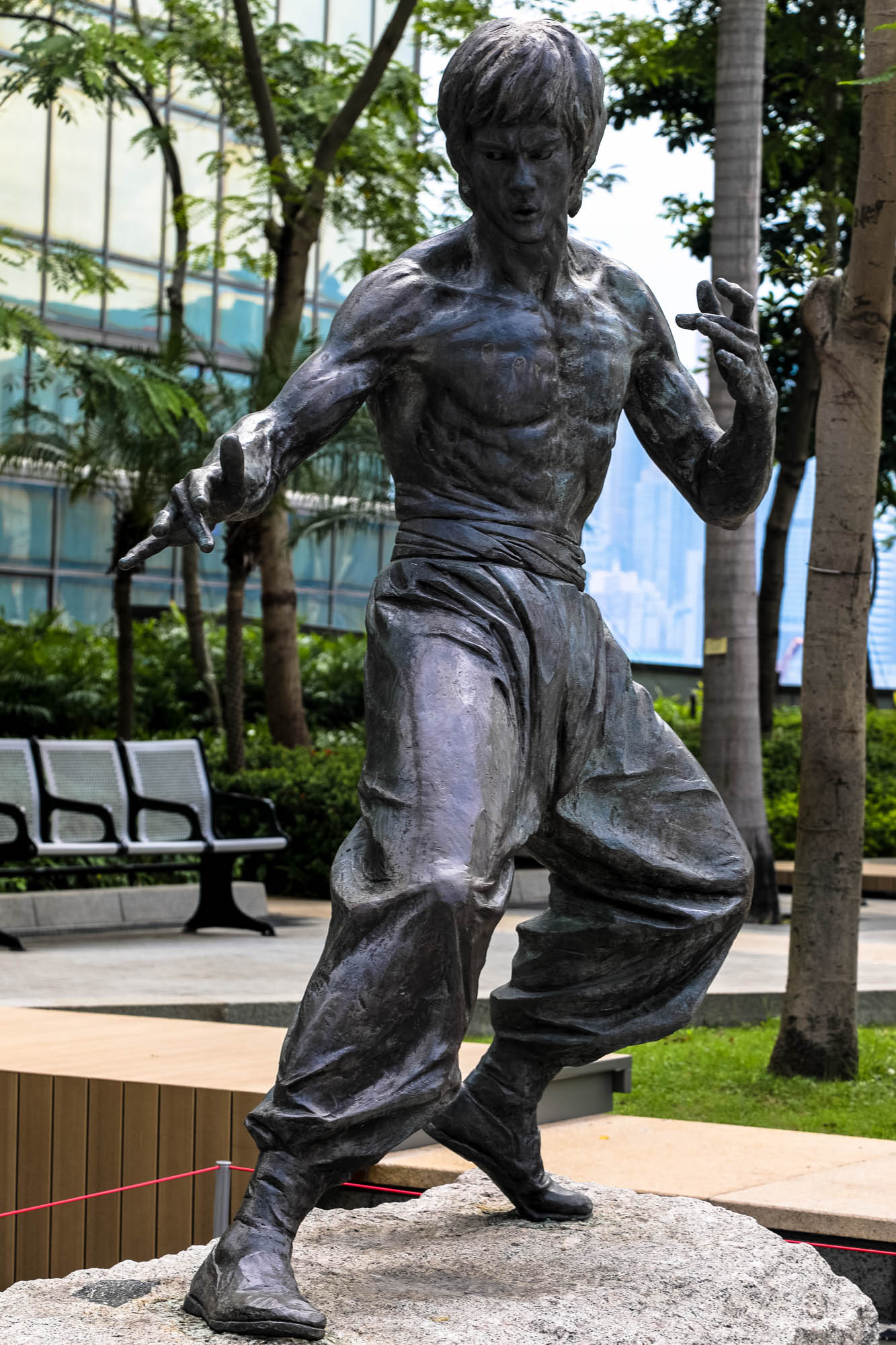 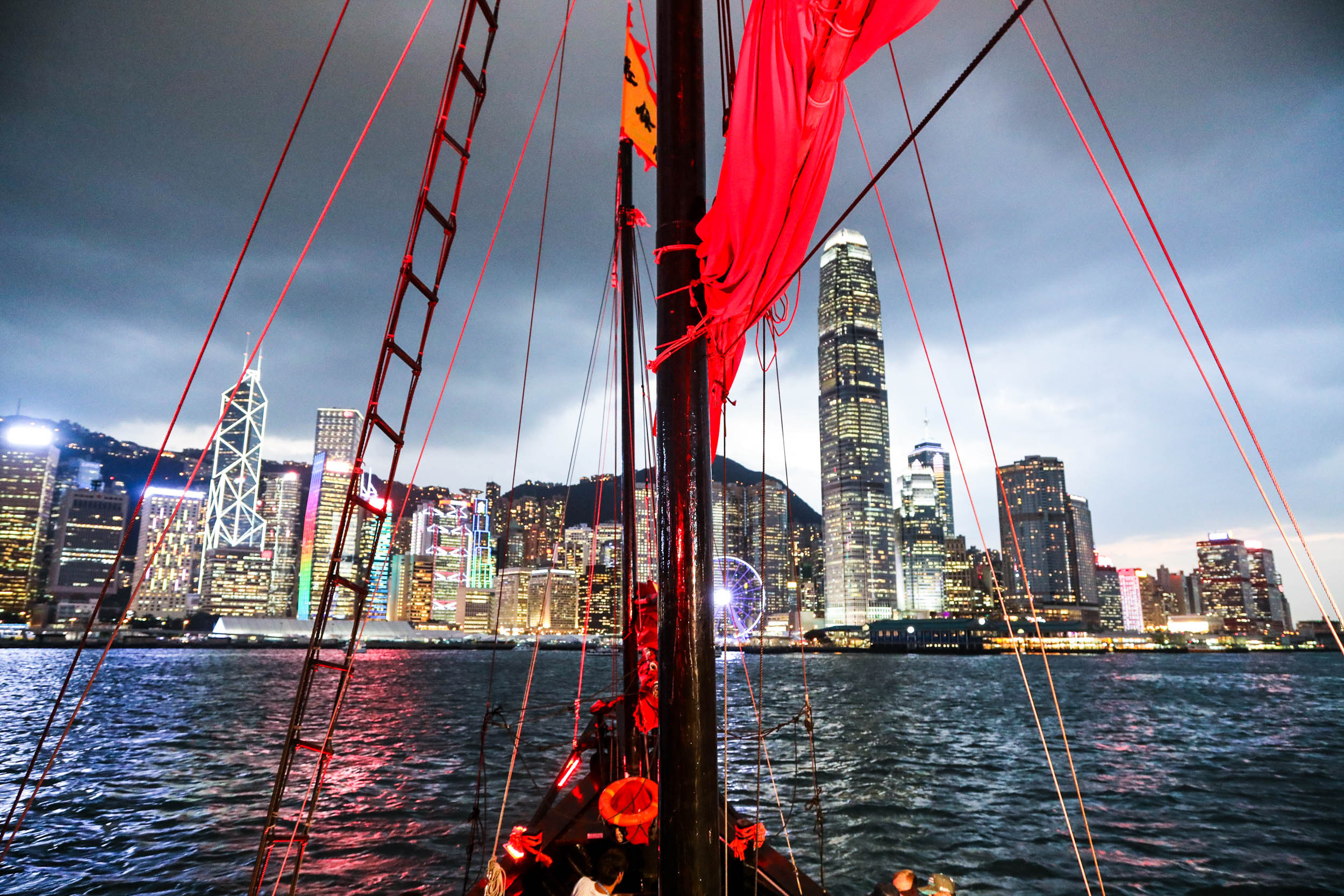 Hamilton Behind The Camera Awards
What a trip. Hamilton Watch invited myself and long-time GATE writer Christopher Heard to Los Angeles in November to attend their Behind The Camera Awards. We were treated to an experience at History for Hire, a facility that rents props for television and film, before a special event where film production designer Nathan Crowley unveiled the new ODC X-03 watch coming in 2017.

Then there was the Behind The Camera Awards. I interviewed a number of filmmakers on the red carpet, including Mike Mills, and Moonlight‘s incredible director, Barry Jenkins, and then sat down for a fantastic meal as the awards were handed out for creative talent working behind the scenes of some special films. It’s especially easy to get excited for an awards event like this when first-time director Denzel Washington got up to talk about, and honour, his cinematographer for Fences, Charlotte Bruus Christensen. He was filled with pure enthusiasm and respect for her work, and what she brought to the film.

TIFF
The Toronto International Film Festival is my favorite time of year. Year in and year out, it’s when I can watch film after film, and then interview stars and filmmakers from around the world, while still keeping Canadians in the spotlight too. Plus there are gift lounges, parties, and most of all, an electric vibe in the air as everyone takes it all in.

This year, my interviews included a pretty broad group of films and people. I spoke with the charming and talented director April Mullen, Erika Linder, and Natalie Krill for Below Her Mouth; director Paul Schrader for Dog Eat Dog; Kreesha Turner for King of the Dancehall; director Adam Smith and Lyndsey Marshal for Trespass Against Us; Anne Émond and Mylène Mackay for Nelly; Robbie Amell and Tony Elliott for Arq, which is on Netflix; Riley Keough and Sasha Lane for American Honey; director Juan Carlos Medina and Douglas Booth for Limehouse Golem; Brotherhood director and writer Noel Clarke, with actor Arnold Oceng and actor/producer Jason Maza; plus I attended Variety’s Creative Conscience Symposium.

It was hard to fit everything in at TIFF this year, since September was so busy for me, but it was one of my best years at the festival all the same, and that’s counting 16 years so far. 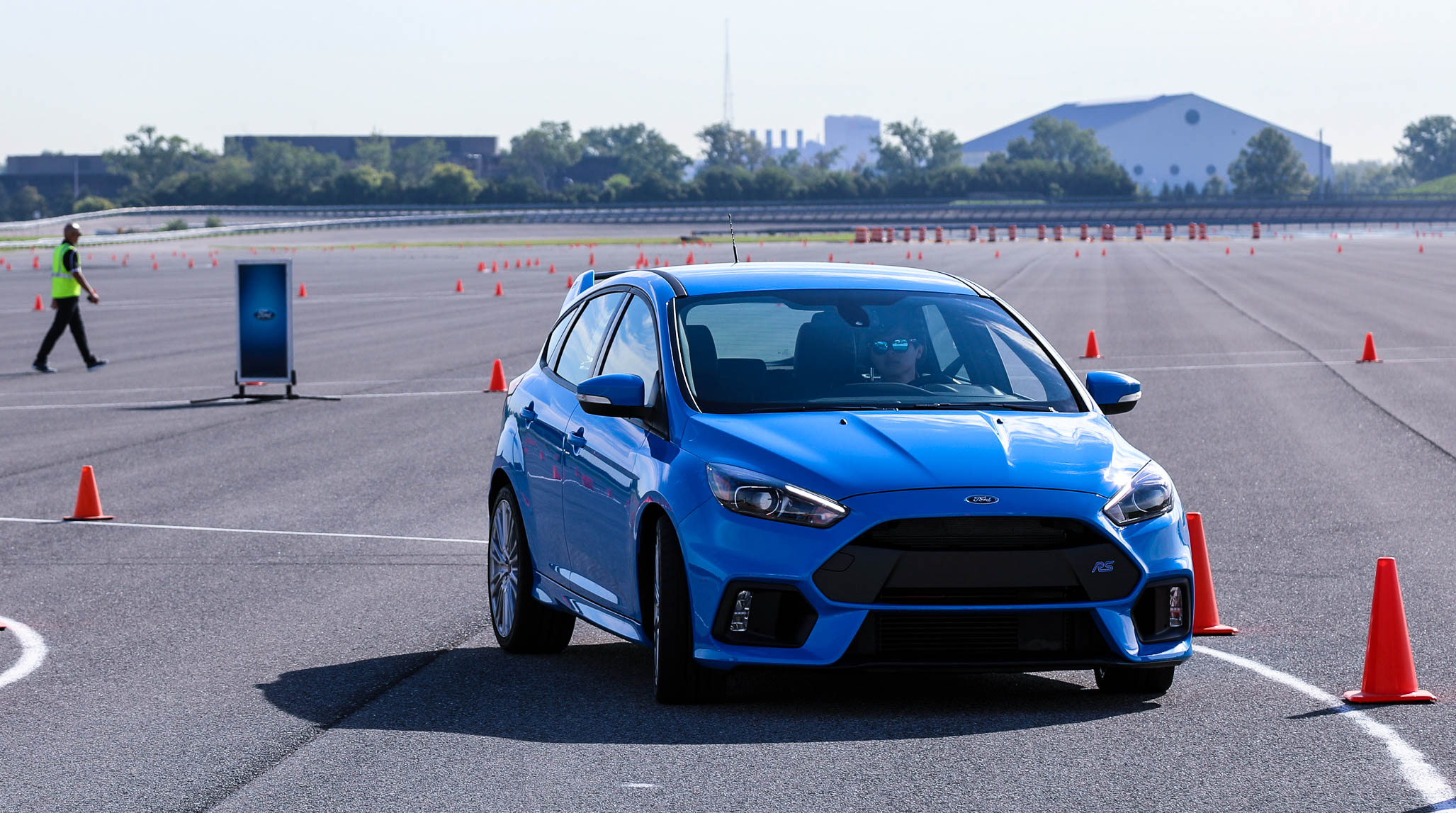 Ford
In 2016 I also had some incredible moments with Ford, from the #EscapeAndDiscover weekend, which had me driving the new Ford Escape from Sarnia to Owen Sound and then flying back to Toronto by private plane; to riding in one of Ford’s autonomous vehicles and experiencing a drive with Ben “The Stig” Collins at the Further with Ford conference. I love driving, and I am a big fan of Ford, so the time in the vehicles, and exploring Ontario was really about as good as it gets when you’re talking about cars for me.

Toronto Experiences
There were so many huge moments this year, and while I can’t single them all out, there were some experiences in Toronto that jumped to mind the moment I started putting this list together.

Kung Fu Panda 3 had a special screening event at the Toronto Zoo, and my family and I got to experience the zoo and its animals. I also went behind-the-scenes with the Indian rhino calf and the Sumatran Tiger. I was fortunate enough to even have a chance to touch the rhino calf and its mother, which was really awe-inspiring when you realize their size and strength, but also how fragile they are as an endangered species, and how much humans affect their entire species.

On a lighter note, Mariah Carey was in Toronto at the start of November to unveil the new windows at Saks Fifth Avenue and Hudson’s Bay, and I was front-row for the experience where I shot her performance of “All I Want For Christmas Is You”. It was an early holiday moment that had the entire crowd singing, and my video was even shared across the country on Facebook.

Beyond all of that, I loved the Boulangerie Bleue dinner that brought Grey Goose hosted with chef Jamie Kennedy for a special meal at the Toronto Islands in the summer.

Last January, I was treated to a massage at the Miraj Hammam Spa by Caudalie that made me want to become a regular visitor.

In the summer I fell in love with the music of John Williams all over again as the Toronto Symphony Orchestra paid tribute to his scores.

And I witnessed man-made lava and food cooked over it when Doritos had their #DontFearTheHeat event with Chef Matty Matheson and Syracuse University, New York assistant professor Bob Wysocki who brought his lava machine to the city. 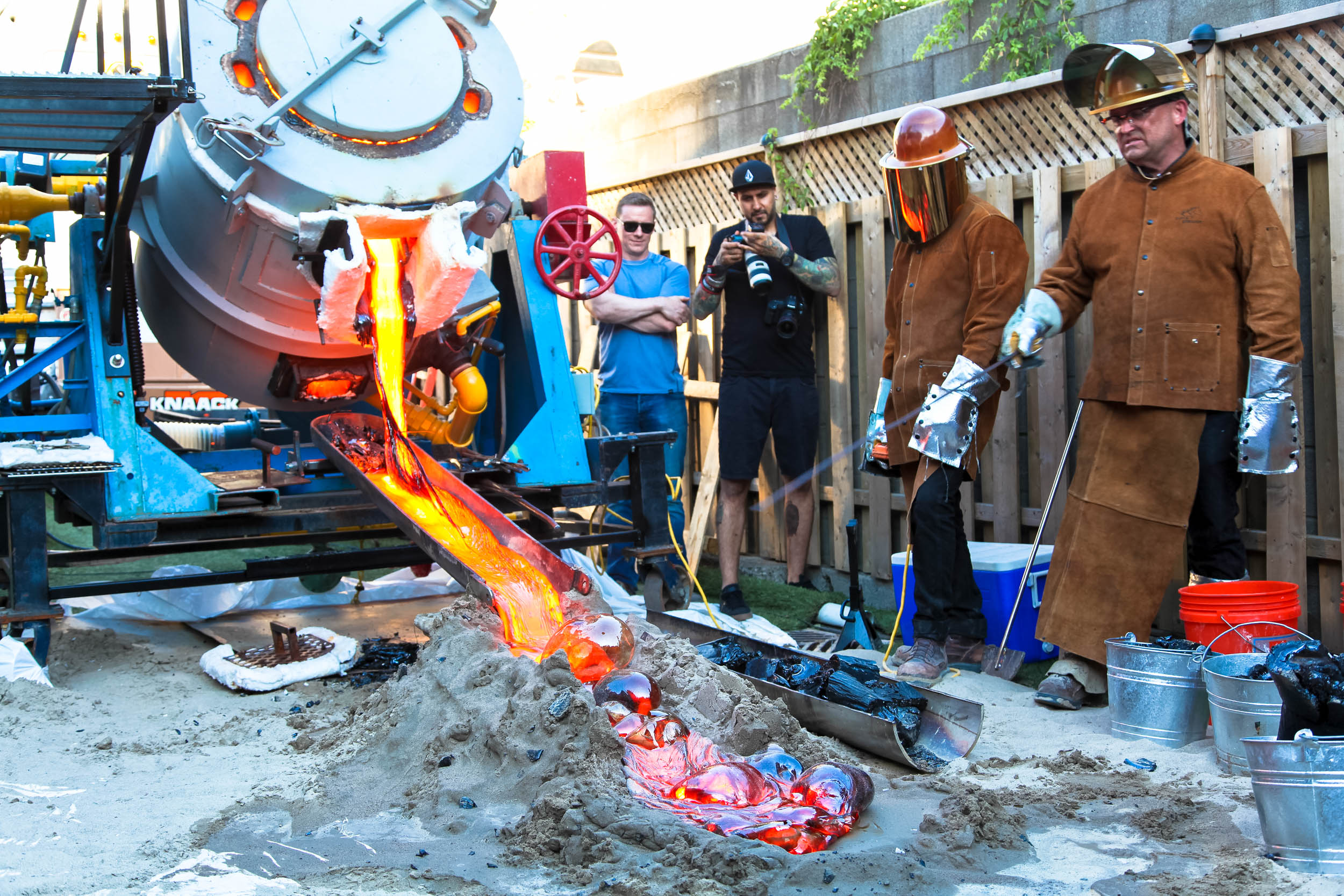 Tech & Gear
Then, there’s technology and gadgets and other fun things. It’s really hard to cut this list down, but three brands really stand out.

Samsung has always been one of my favorite companies and despite the issue with one device this year, they had a lot of positives to talk about in 2016 too. The Samsung 4K Curved SUHD TV with Quantum Dot display was one of the best smart TVs I sampled. Paired with their new Blu-ray player and Dolby Atmos 5.1.4 soundbar, it was really hard to let the TV leave my home at the end of the review time, and it was fun getting out to the Blue Jays this year, plus Samsung invited me out onto the field that day too. I also sampled their Samsung Gear 360 camera, which was a lot of fun to use, and the Gear Fit2 fitness band had me tracking steps and seeing what kind of records I could set each day. At the end of the year I also upgraded my phone to the Galaxy S7 because it’s my favorite device out there right now, and it has an incredible, incredible camera for photos and video.

It was pretty much the year of Breville cooking for me and my kitchen at home otherwise as Breville Canada introduced me to some incredible appliances. The Breville Barista Express is just a near perfect home espresso machine, which I use throughout the day nearly every day (and it earned the most visitors for any giveaway this year when we had one up to win). Then there’s the new Quick Touch Crisp microwave that can crisp food as it microwaves it, making one fantastic, crispy pizza in a hurry, or grilled cheese, or whatever your heart desires. The Breville Boss To Go is my go-to blender for smoothies and blending for recipes, and it’s a nice, compact size to fit on my counter or tucked onto a shelf. But the real winner for me this year was the shockingly useful Fast Slow Pro slow cooker, pressure cooker, and steamer, which can also saute or reduce. If I’m in a hurry I can pressure cook a stew in about half-an-hour, when it would normally take 5 or 6 hours in a slow cooker. Since I love cooking, this kind of thing is a big deal, and it makes just about any recipe easier and quicker.

On another note though, this year I also upgraded to the new Canon 5D Mark IV, which means I can finally capture interviews in 4K, and the sensor works exceptionally well in just about any lighting conditions. With built-in Wi-fi I also send photos to my phone to share on social media instantly when I’m out covering events. 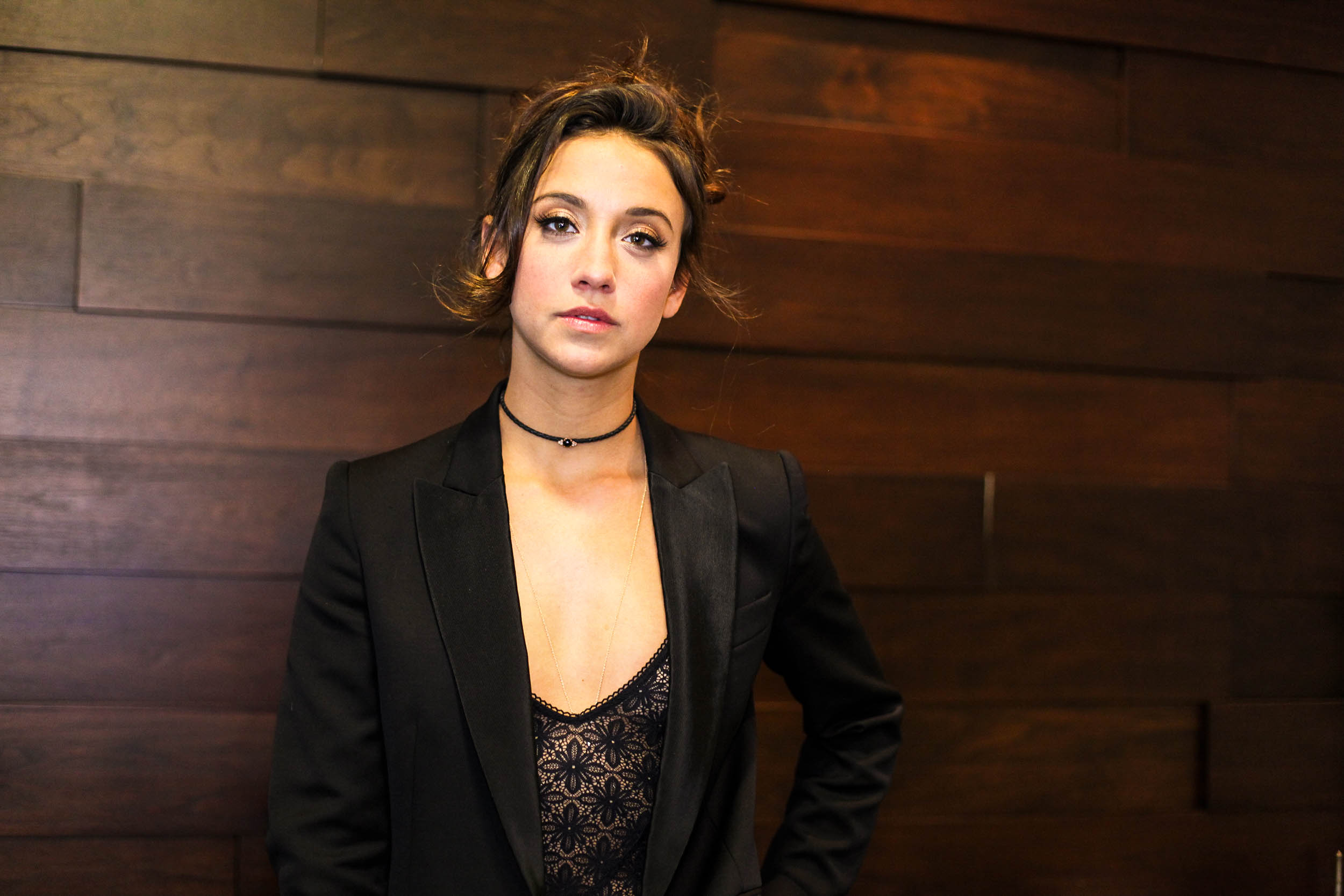 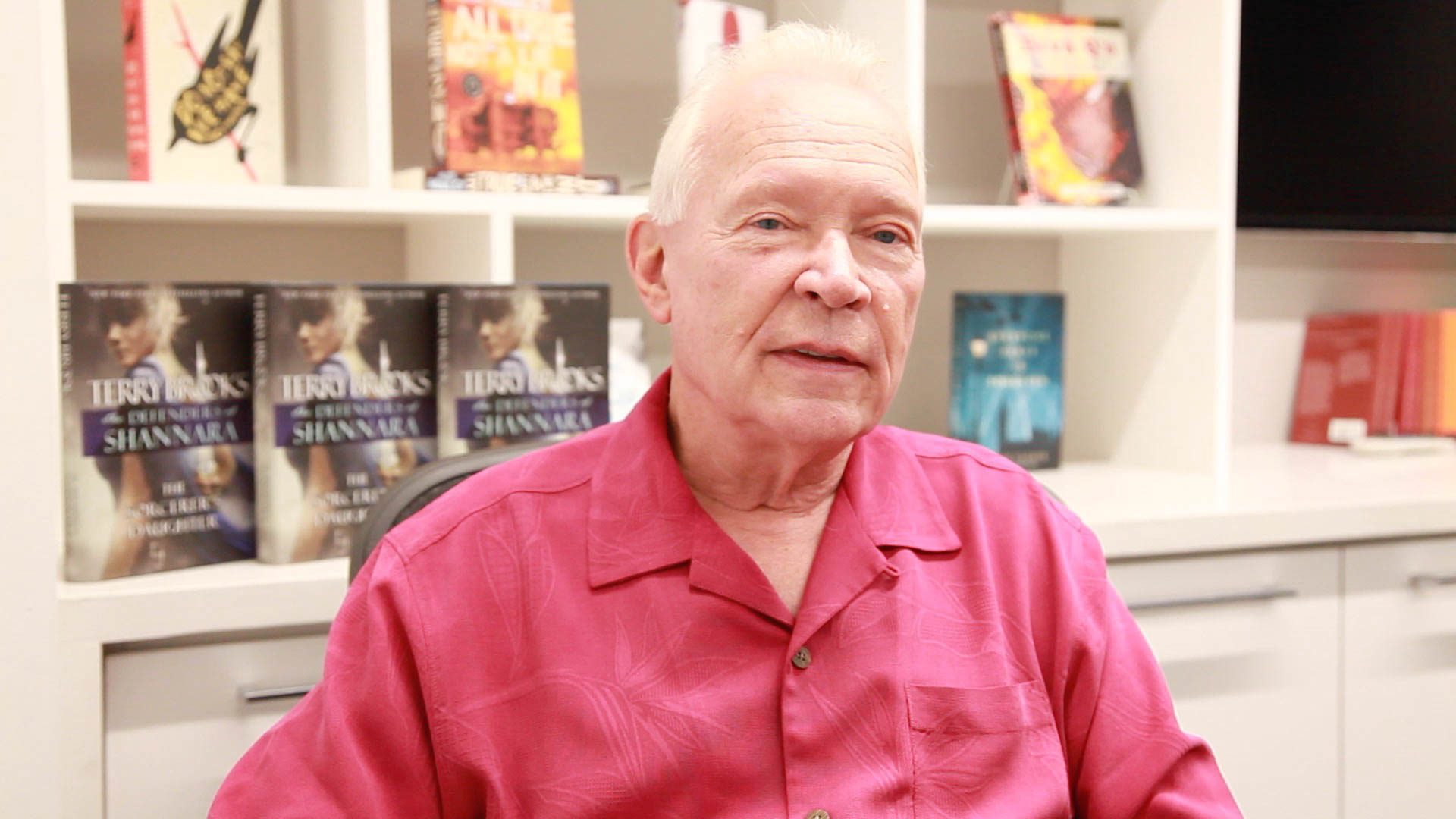 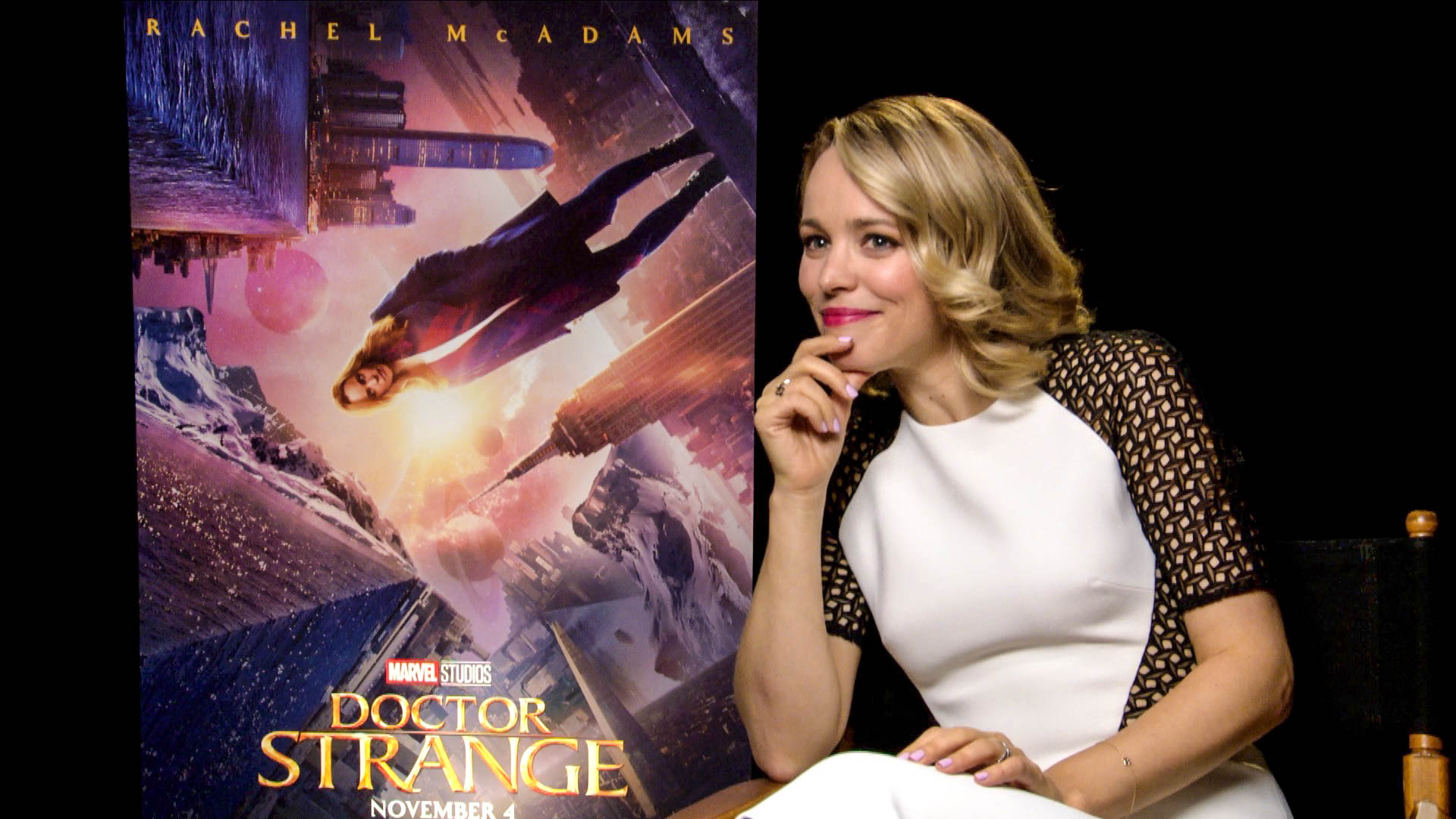 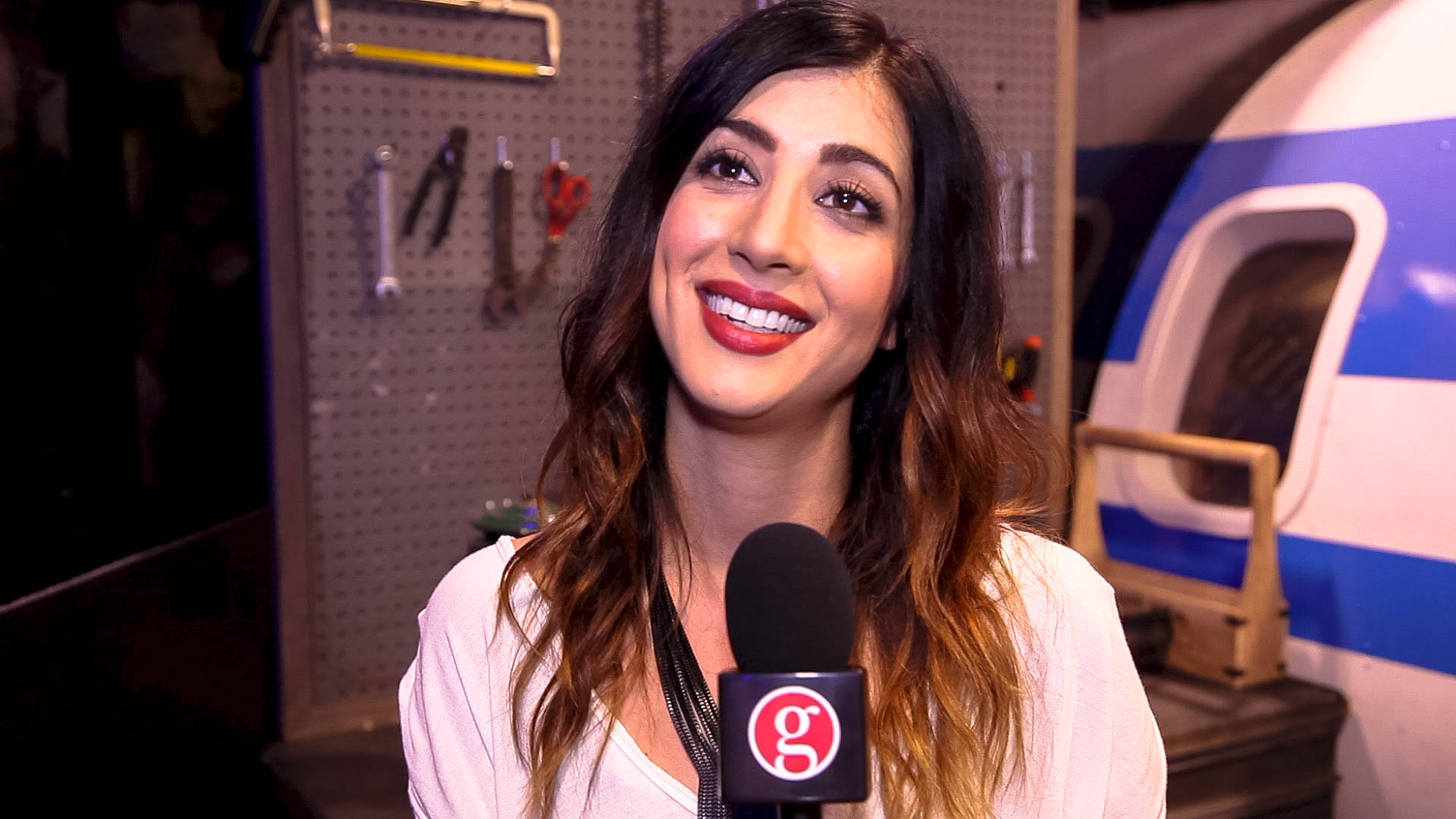 Interviews
Last and probably greatest of all, let’s talk about the interviews this year. The GATE’s Senior Film Writer, Andrew Parker, had some incredible interviews this year that I’d suggest you go check out, and for me, I was lucky enough to get time with some of my favorite people in 2016.

It’s nearly impossible to order these interviews in any way that does them all justice, but the biggest interview by fan reaction was my chat with Mike Holmes for Home Free season 2. My biggest video interview this year was actually a chat with Yolanda Gampp about making a Mad Hatter cake for Alice Through The Looking Glass and Disney’s #AliceOnQueen pop-up event.

I probably geeked out the most about interviewing Terry Brooks for The Shannara Chronicles and his work over the years, although getting on the phone with Ernie Hudson for Toronto ComiCon was a very close second.

For almost half a day I was on set with Killjoys season 2, where I interviewed the utterly charming cast and creator Michelle Lovretta. I also interviewed Stella Maeve for one of my favorite TV shows of the year, The Magicians. And how about Dana DeLorenzo for Ash vs. Evil Dead season 2?

Sean Teale for Incorporated was fun because he was so professional, but also excited to talk about the new series; while chatting with Ruth Negga about Preacher made me love not only the show, and her work as an actress, but also her incredibly cool attitude about everything.

And then there was Jared Harris and Vanessa Kirby for The Crown. What a duo! And their stories from the set of the series were fascinating. Harris is a mesmerizing actor, and I was dying to meet him when the opportunity came up, but Kirby is spellbinding and she had a great perspective on the series, and Princess Margaret.

Oh, yeah, and I interviewed Emily VanCamp, Marge Champion, Neel Sethi, Bryce Dallas Howard, Rachel McAdams, and the star of one of my favorite films of 2016, Auli’i Cravalho for Moana.