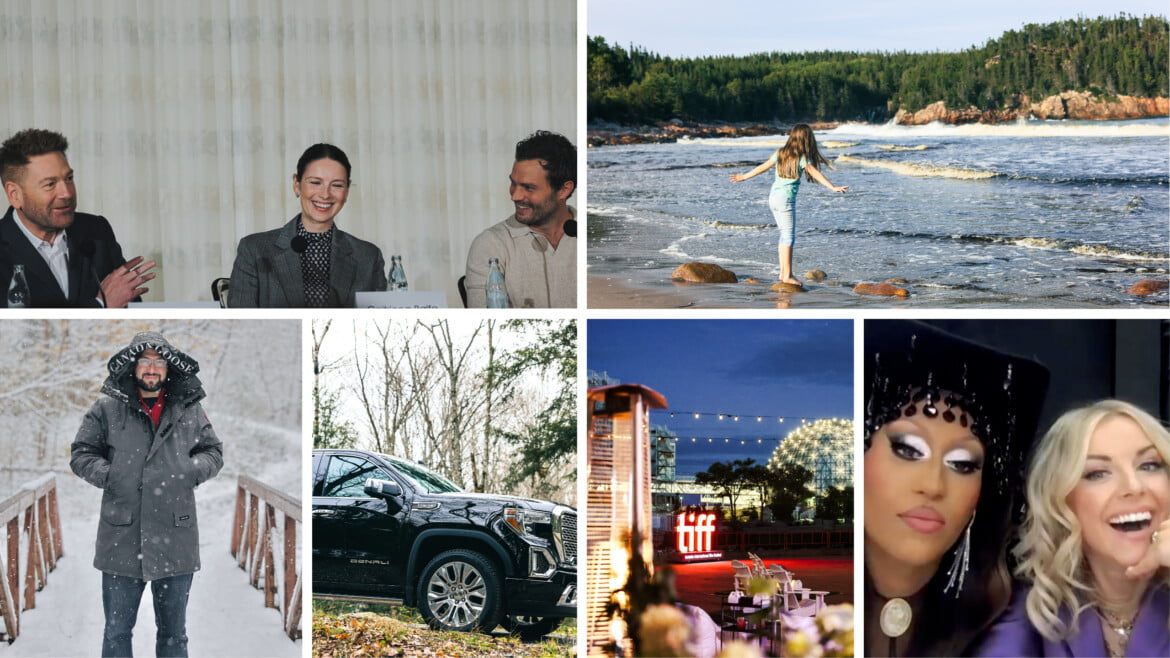 The best moments of 2021 | Recapping the best of the year, and The GATE’s 20th Anniversary

When 2021 started, I had a lot of hope for the year. It ended up being a tough year in some ways, but it also turned out to be one of the best years for me and for The GATE. And on top of everything else, I’m celebrating The GATE’s 20th anniversary.

I didn’t throw a party or anything–I’m just proud to be here, doing what I love. And things have changed a lot in all those years. When I started out I was taking pictures on film, and getting photos on the site was quite a process. I was also sharing video back then, and that was an even bigger job.

The anniversary aside, there’s been a lot to celebrate this year. I joined the Critics Choice Association, flew to Los Angeles for the premiere of Belfast, covered TIFF for my 21st year, flew to Nova Scotia for 10 days for a series of upcoming travel stories, and I had so many amazing interviews.

I’m so grateful for everything this year. Everything I do is thanks to a lot of different people; from publicists and managers, to marketing teams, and everyone else in the business that helps make all of this possible.

And thanks to everyone who has been reading The GATE. I’d never be here doing this still today without literally thousands and thousands of people who read, follow, and watch all of this.

Without further ado, here’s a look back on some of the big highlights from 2021.

Movies were a huge part of what I covered this year; more than any year ever before. Joining the Critics Choice Association was the reason I was invited to the Los Angeles premiere of Belfast, and then the press conference for the film the next day.

The premiere at the Academy Museum was incredible, there was an after party with the cast and director Kenneth Branagh, and then the next day they all spoke about making the film that’s now up for a number of awards. After 20 years of The GATE, it was my first invite to an LA premiere, and hopefully not the last.

Joining the Critics Choice also meant that I voted for the 27th annual film nominations, and I’ll be voting on those nominees in the coming weeks. That feels like an amazing thing, especially since I’ve been following film awards since I was a kid.

And for my 21st year covering TIFF, I spoke to Rebecca Ferguson and Denis Villeneuve about Dune, I watched over 20 movies, I had the chance to sit down for an in-person interview (my only one all year) with Elle-Máijá Tailfeathers and director Danis Goulet for Night Raiders, and I watched Petite Maman under the stars at the Canada Goose Out There Cinema.

Last and not least, there were the Oscars! For the first time I covered the Oscars, albeit virtually, and I had the chance to connect to the Oscars press room backstage at the show. On top of touring the Academy Museum in L.A. when I was there for Belfast, it was a very welcome Oscar treat.

I lost count of how many interviews I had this year, but there were around 50, and I’m so happy with all the people I had the chance to chat with for a while.

The biggest interview was 50 Cent and Demetrius ‘Lil Meech’ Flenory for the Starz series, BMF. They were both amazing, and the series is truly incredible.

Sticking to TV, I also spoke to Amber Marshall three times for Heartland, including season 14 and 15; I spoke to the cast of Hudson & Rex from Newfoundland; the incredible Robin Thede for A Black Lady Sketch Show; David Lim for SWAT; and so many more.

There were The Upshaws on Netflix, Sarah Kameela Impey for We Are Lady Parts, Thomas Doherty for Gossip Girl, Paul Reiser & Sarah Baker for The Kominsky Method, Marito Lopez for his Just For Laughs set, the entire cast of The White Lotus, Dan Brown’s The Lost Symbol, the team for CSI: Vegas, Fantasy Island‘s stars twice, Dr. Brian Cox, Pearl Mackie for The Long Call, plus Lindsay Ell and Priyanka for the Canadian Country Music Awards, and Kim Bodnia & Kristofer Hivju for the second season of The Witcher.

And that’s really just the top few interviews. I also really enjoyed tuning into the the Loki team’s press conference as they talked about the series.

For film, it’s hard to top chatting about Dune at TIFF, but there were a lot of other highlights. Peter Chelsom chatted with me about the 20th anniversary of one of my favourite romantic comedies, Serendipity; Amir El-Masry talked about his fantastic film Limbo; I spoke to Barry Sonnenfeld for The Addams Family 30th anniversary; Simu Liu for Shang-Chi and the Legend of the Ten Rings (the first film I saw in a theatre after months and months); the stars of Clifford The Big Red Dog; and Benjamin Cleary spoke to me about making his first feature film for Apple TV+, Swan Song.

Travel was different in 2021, of course, but I managed to visit Nova Scotia with my family for an incredible 10-day road trip that took us from Halifax to Cape Breton and back again.

We explored Peggy’s Cove, the Highlands Provincial Park, around Sydney, and we had so much incredible food. I’m working on stories about where we stayed, the restaurants, and our adventures, not to mention a full video of the entire trip, plus a number of short videos on some of the big highlights.

This year’s Travel Media Association of Canada conference was virtual, but it was the whole reason we ended up going to Nova Scotia, thanks to Swoop.

Swoop had a special contest for tickets anywhere they fly, and because we wanted to see more of Canada, we picked Halifax.

The conference was also an awesome chance to chat with a lot of other places I can’t wait to explore, from New Brunswick and Quebec’s Eastern Townships, to Britain, Miami, and Switzerland, to name a few. Hopefully 2022 will bring more chances to get out and explore, including a trip to Switzerland, if everything goes to plan.

Exploring locally, GMC sent me off in the stunning GMC Sierra Denali for a cottage weekend that was the most relaxing days I had all year. And the truck was a total treat to drive.

I also had a tour of the incredible Gladstone Hotel that reopened this fall after an impressive renovation from top to bottom.

Because I love covering so many different things, I also had a great year checking out DJI’s latest, from the DJI FPV, to the Air 2S, and Action 2. I also checked out the latest Hisense 4k TV, the 55″ U78G 4K ULED Android TV. I checked out new mics and earbuds from Sennheiser, Samsung’s Galaxy Z Flip 3, the Zhiyun Smooth-Q3 phone stabilizer, and the Synology DS420+ NAS.

Not to mention new phones from TCL and OnePlus, and Xbox Canada featured me in a video (at the 1:10 mark, if you’re curious) to help celebrate 20 years of Xbox!

Canada Goose worked with me on a number of stories this year too. I covered the launch of their new Journey and Snow Mantra boots, I went adventuring in the fall in their incredible Seawolf rain jacket, and right now I’m loving their incredible Langford Parka for a story I’m doing on their winter wear.

For the holidays, it was a great, big year for the Holiday Gift Guides. I ran 20 giveaways, plus gift guides, and the charity gift guide to support giving to non-profit Indigenous organizations in Canada. Overall, there were over 60,000 entries in the giveaways this year, and I gave away nearly $5,000 in prizes!

Last, but not least, I got to work with some amazing spirits this year, from Tia Maria, and Glenmorangie, to Smirnoff, Appleton Estate, Baileys, Singleton, Grey Goose, Canadian Club, and cada día.

Stay tuned still for my favourite films of 2021, and thanks once again to everyone who followed along, or helped make this incredible year possible.

Highlights from my best photos of 2021